TRIBECA — Vast expanses of greenery, an elevated walkway, sandy dunes — and decks fitted with netting meant for lounging — are all part of the plans for Pier 26's $30 million overhaul.

Preliminary designs for the 800-foot pier at North Moore Street were revealed for the first time Wednesday evening during a Community Board 1 meeting of the TriBeCa committee.

"We have aspirations of this being iconic," said Lucinda Sanders, the CEO of OLIN — a landscape architecture and urban design firm responsible for the plans — during her presentation to the board. 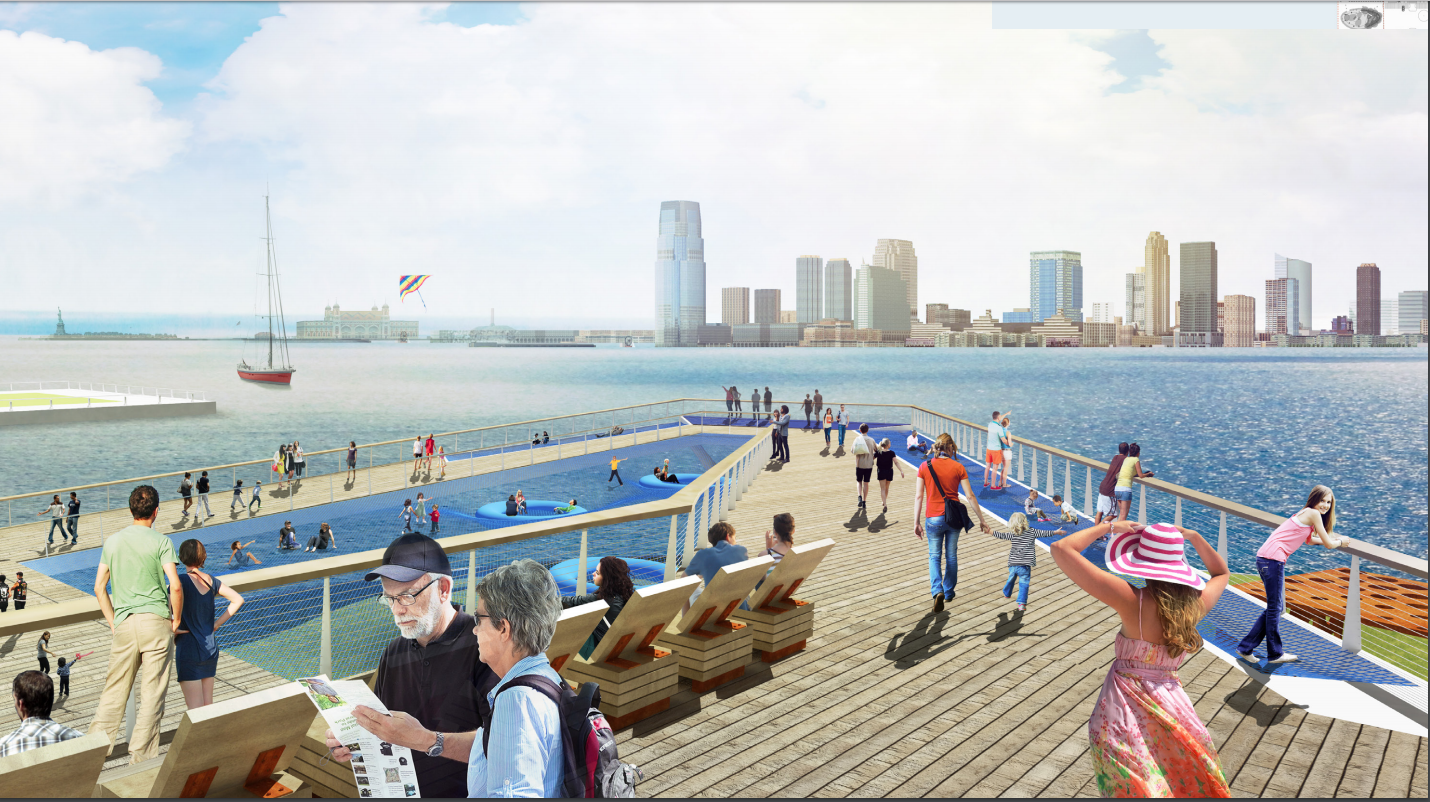 A view of the end of the pier, with a planned elevated deck that will include "lounge netting" that hovers over the water. (OLIN)

The long-stalled revamp of the pier — now empty, aside from the new City Vineyard restaurant and boathouse at its base — was envisioned to encompass both a variety of "ecological habitats" and a place for both passive and active recreation. The concept was shaped by community input, and architects were praised Wednesday evening for incorporating residents' suggestions.

The ecological theme reflects another key, yet-to-be construction feature of the pier — a maritime education center, called an estuarium, that will also run educational programming on the pier. The design of the estuarium, which will sit at the base of the pier, was not part of Wednesday's presentation. 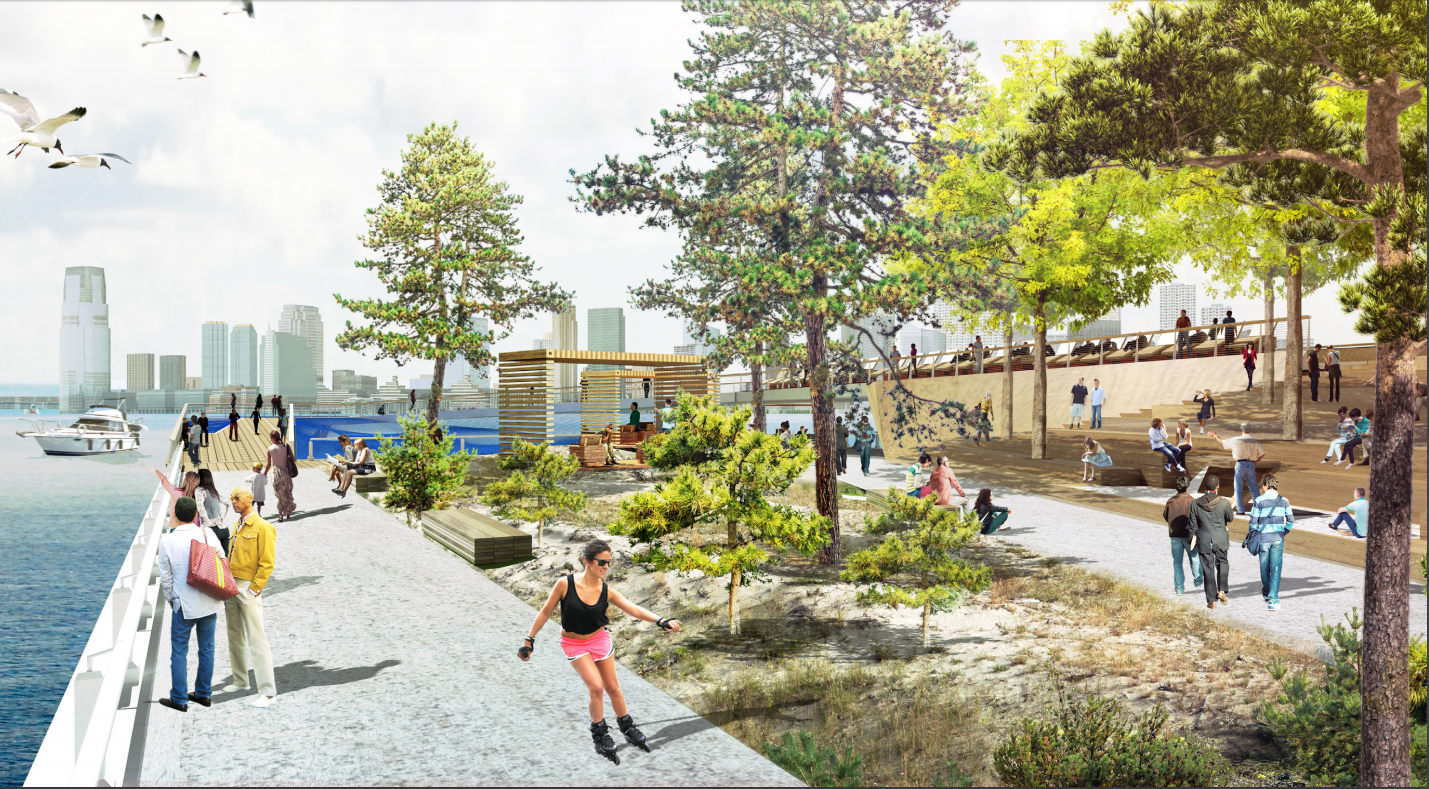 The pier will have space for lounging and walking. Pictured here is the "dune scrub" area, which will have sandy areas. (OLIN)

One of the more unique features of the pier — which Sanders said, like all of the potential plans, was "aspirational" — is a wide swath of "lounge netting," a pliable feature that would let people feel a little closer to the water. The netting might need another layer of netting below, to catch debris, or a fallen cellphone. 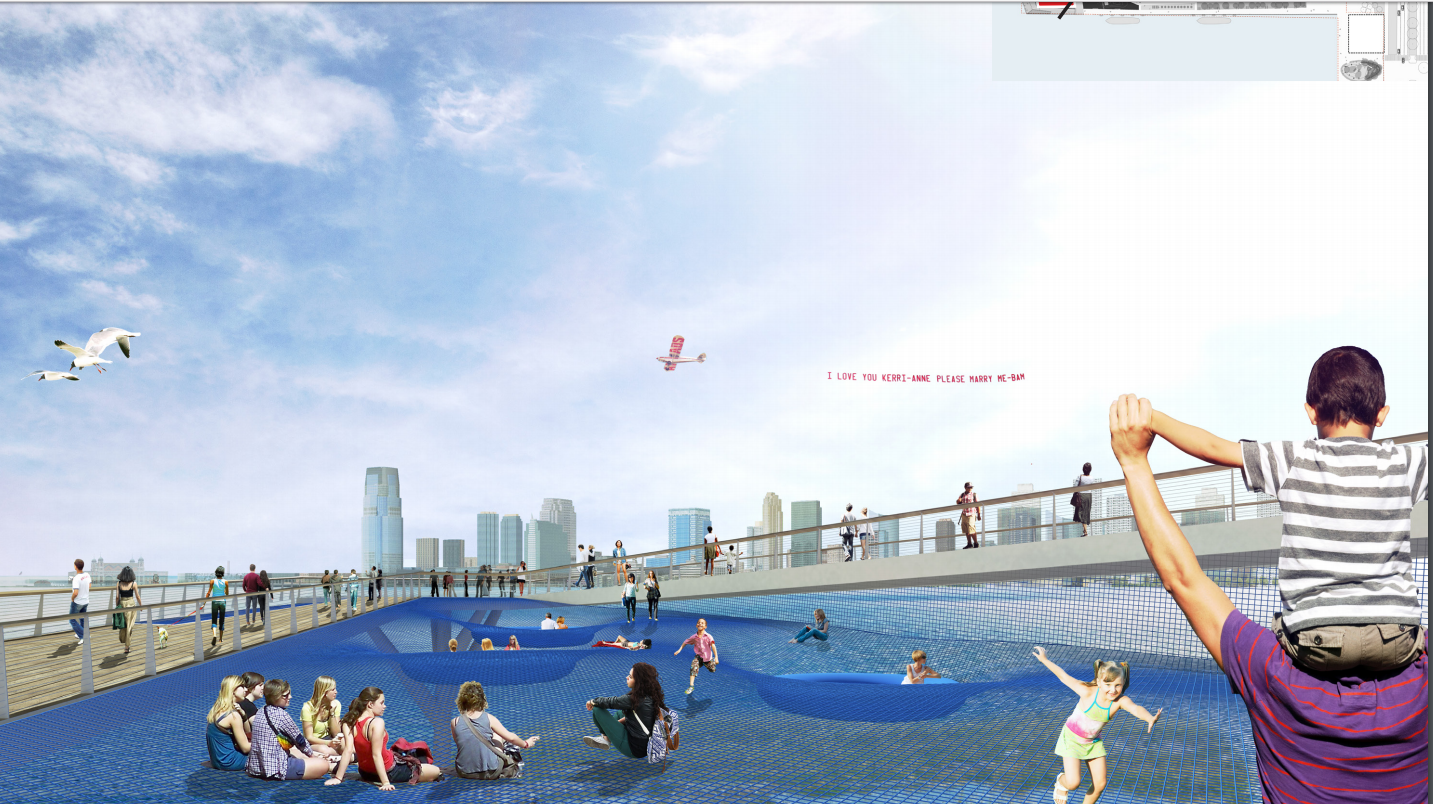 A view of the lounge net areas. (OLIN)

Below the elevated walkway and netting area, architects are hoping to create something of a wetlands, that would attract birds and other wildlife — animals that would then be viewable by visitors above. 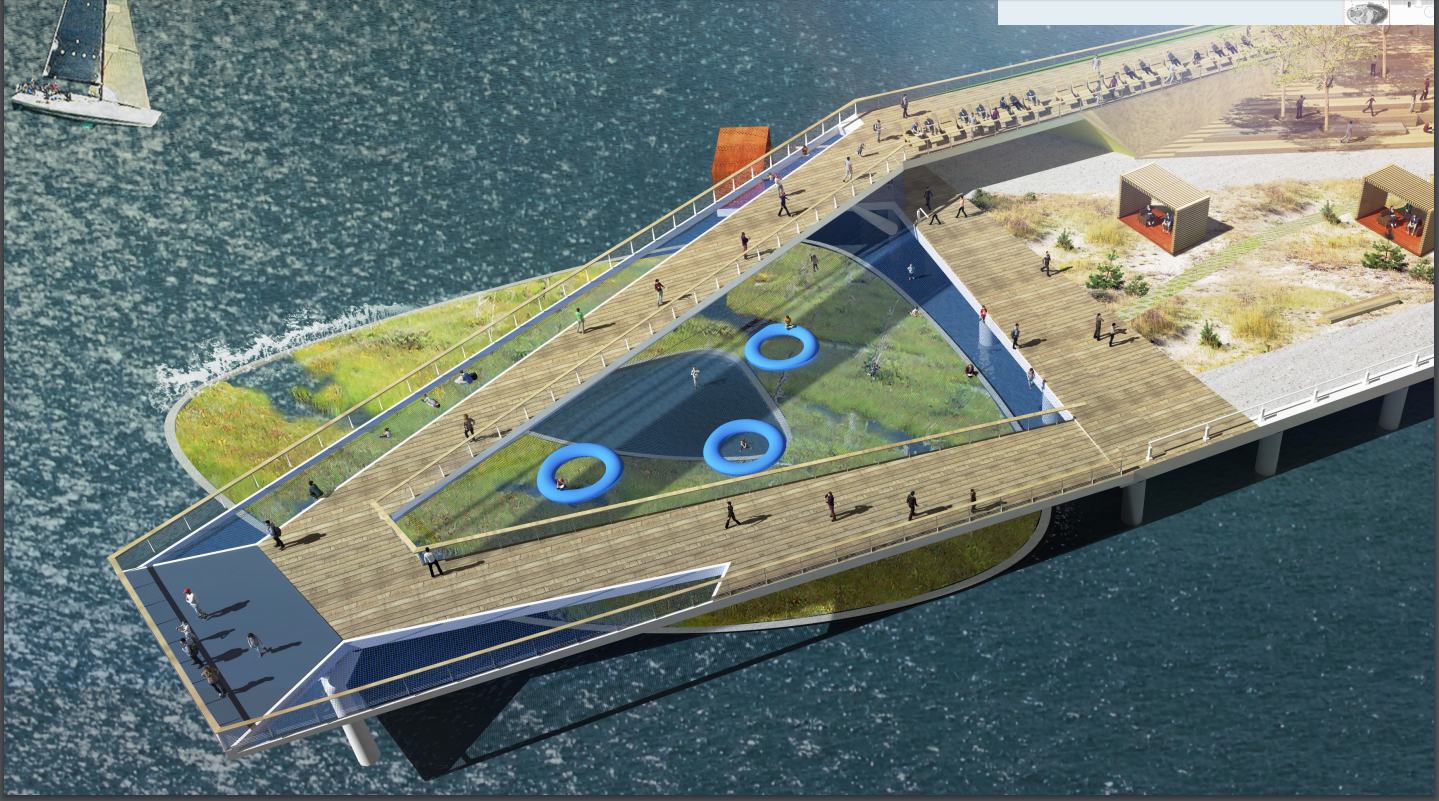 A view of the edge of the pier, which hovers over a wetlands area. (OLIN)

The pier is also slated to have elevated pathways through trees, walkways "inspired by being in the woods," Sanders said. 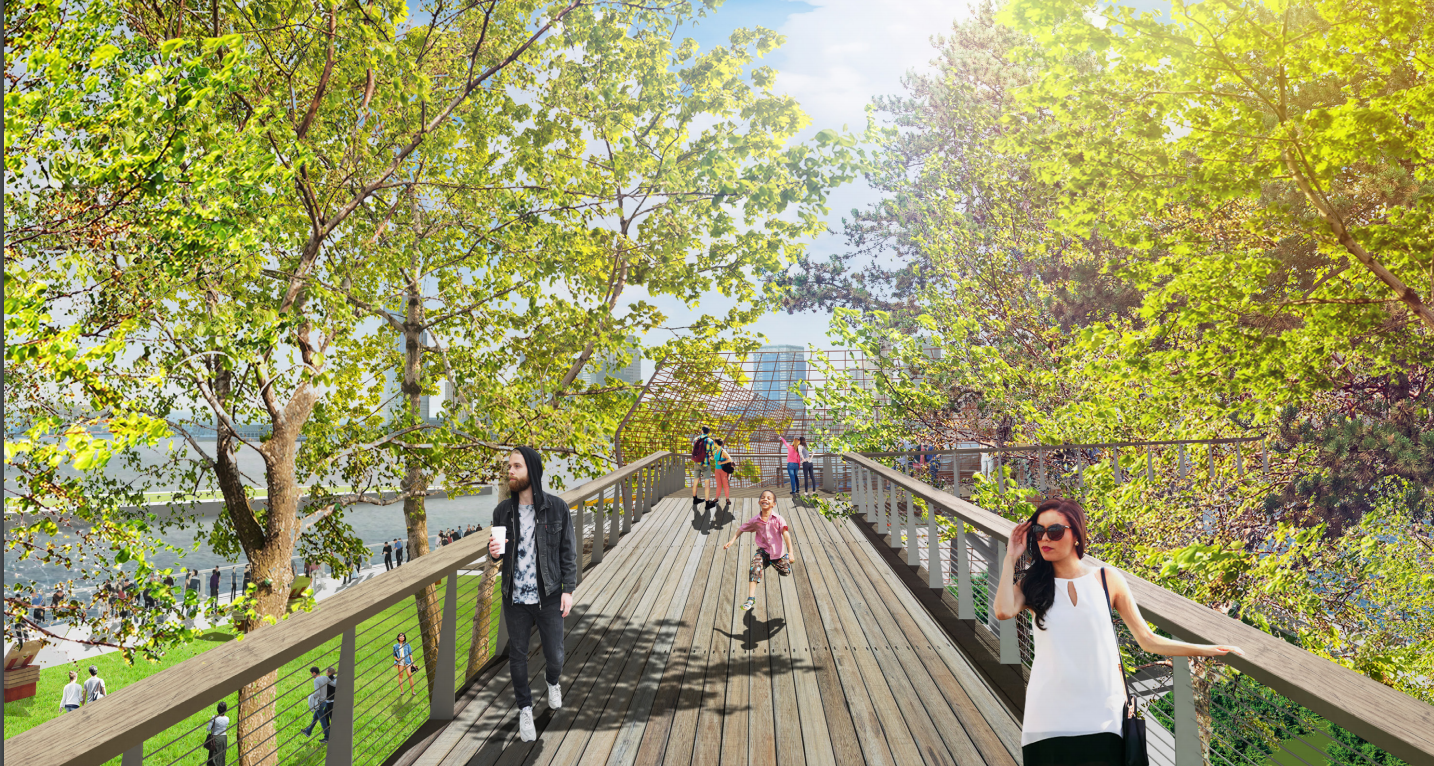 Plans also include an expansive lawn area, and recreational fields for sports. 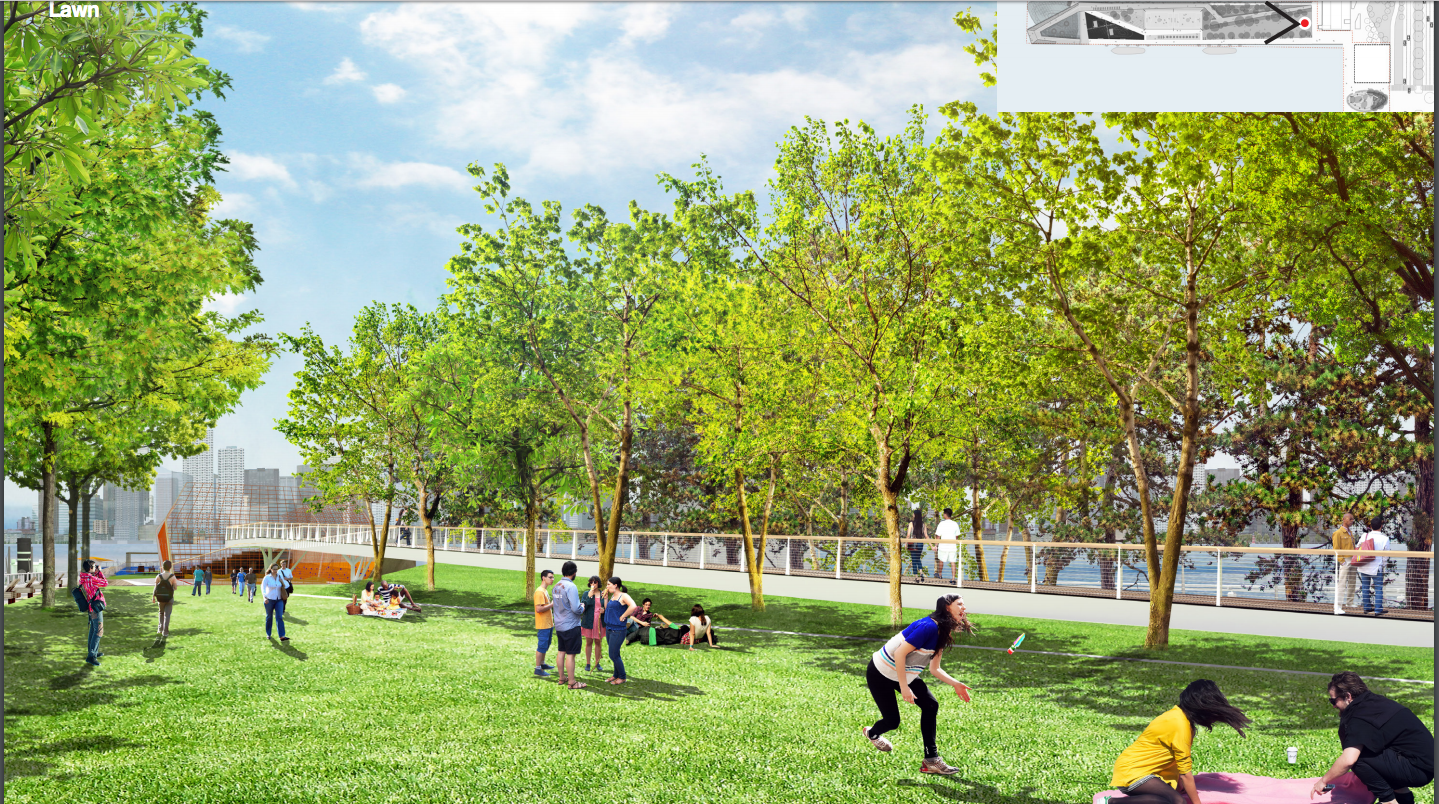 View of the lawn area. (OLIN)

There are also plans for a playground for children, near the base of the pier that is "whimsical" and "ecologically inspired," Sanders said. 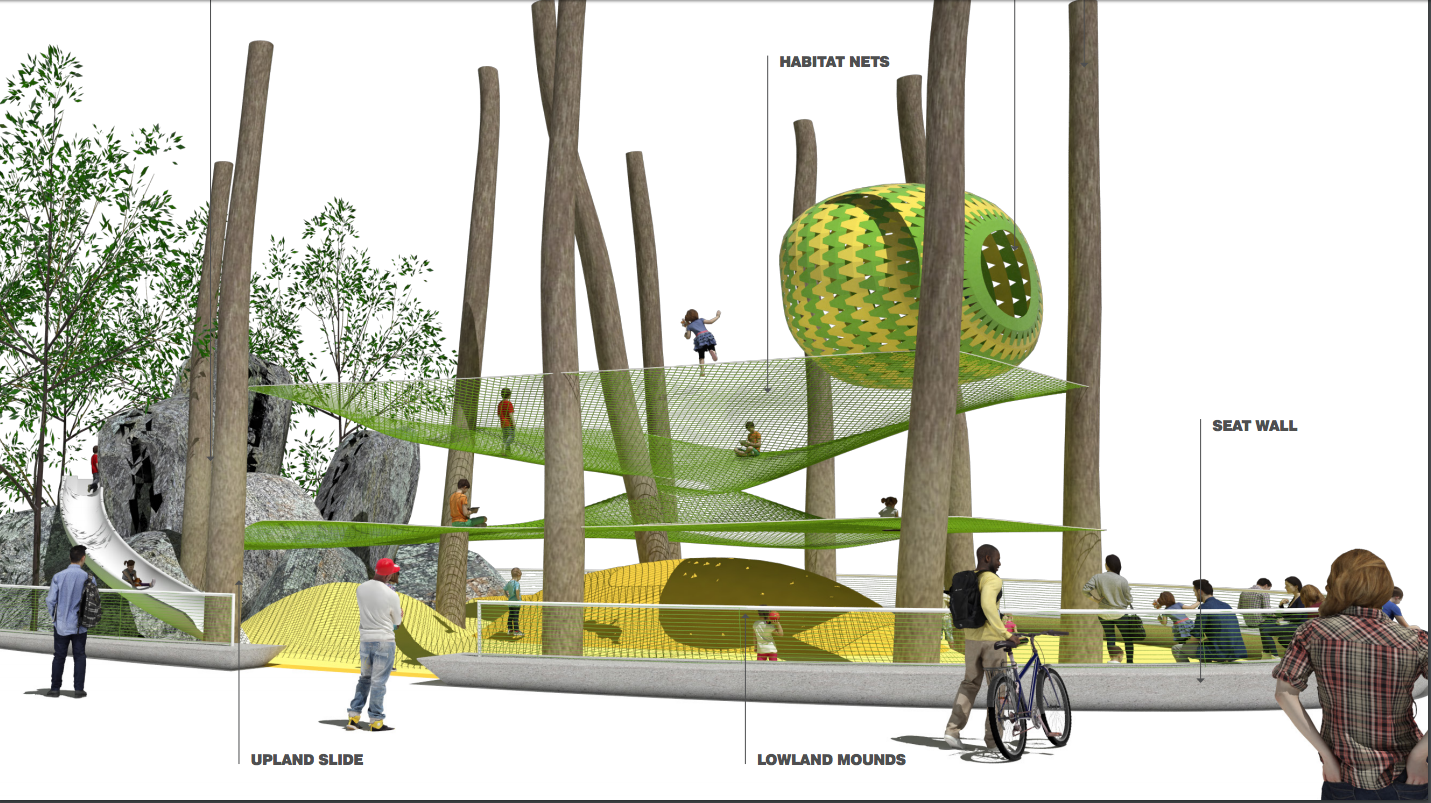 Here's a look at how it's all laid out on the pier:

Committee members said they were overwhelmingly impressed with the designs Wednesday evening.

The architects said they would come back to the board as their plans progress.

For a look at the full design plan: