QUEENS — Bobae's had a rough life so far.

This 7-year-old mutt — thought to be a Jack Russell terrier, Pomeranian, Chihuahua and Spitz mix — was living on a puppy mill and dog meat farm in South Korea, where she was destined for slaughter before being rescued last fall, according to rescuers.

After spending time in a shelter, she came to New York with Free Korean Dogs, a rescue group that aims to stop the Korean dog meat trade, and has been living in a foster home in Flushing for about a month.

"When you meet her in person, she really makes an impact," said Gina Lori, the NYC adoption coordinator for Free Korean Dogs, who describes Bobae as a "survivor" who enjoys a nice stroll but is just as happy curled up on the couch.

"She just needs that person that wants a really sweet lap dog," Lori said. "She loves to go for walks and she's energetic when she's outside." 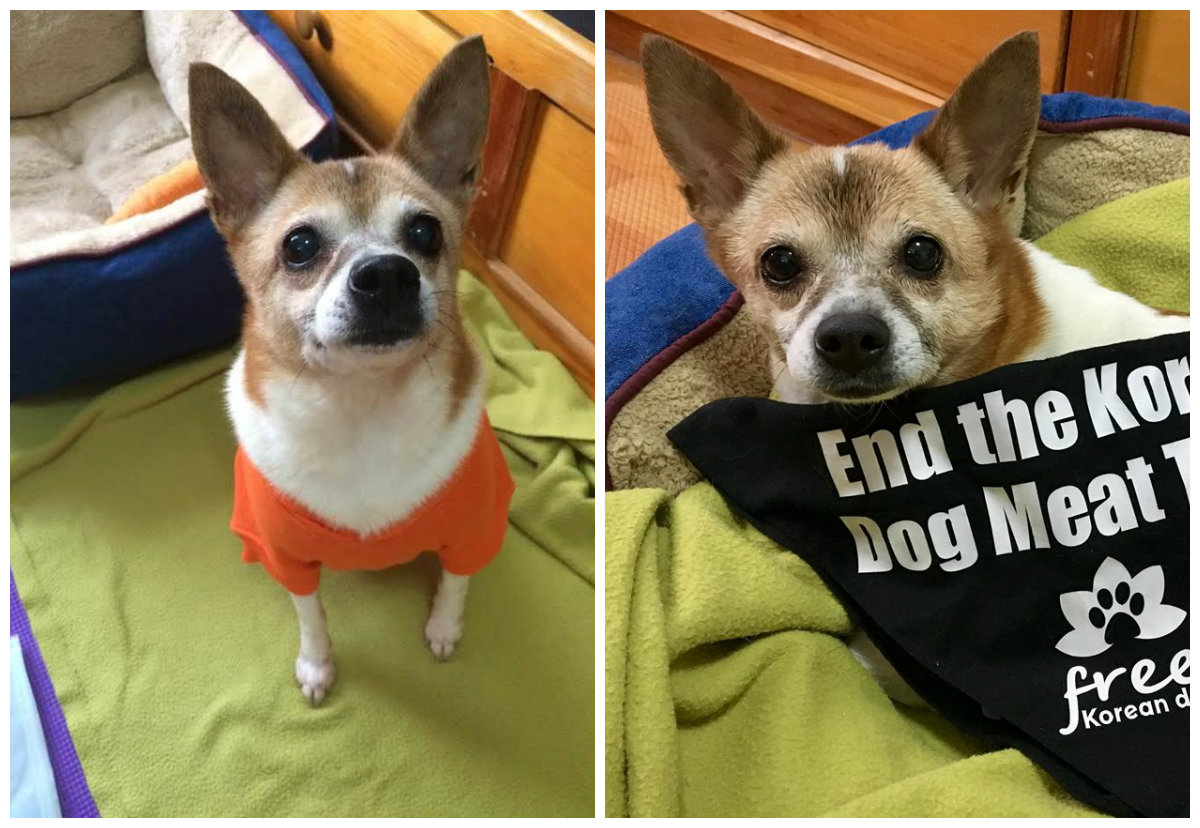 Bobae — whose name means "treasure" in Korean — weighs 15 pounds, has been vaccinated, spayed and housebroken, according to Lori.

She's a calm and easy-going pup who gets along with kids as well as other dogs.

Free Korean Dogs has an adoption screening process which requires a home visit and a meet-and-greet. Those interested in adopting Bobae should email gina@freekoreandogs.org.

The group will also be hosting an adoption event featuring Bobae and other rescue pups on Saturday, Dec. 10 at PS9 Pet Store at 169 N. 9th St. in Brooklyn from 12 to 6 p.m.