FINANCIAL DISTRICT — Captured in 30 years worth of photos, the life of a leader in racial and social justice will soon be on display in one of the city's oldest churches.

"Tutu: Then and Now," a photography exhibit dedicated to Nobel Peace prize winner Archbishop Desmond Tutu, known for his decades of work to end apartheid in his home country of South Africa, will launch on Nov. 30 inside St. Paul's Chapel.

The exhibition, timed to run near Tutu's 85th birthday, takes a look at his decades of human rights work, his commitment to ending apartheid and his more recent efforts championing causes including the fight against AIDS, homophobia and poverty.

The display is co-sponsored by the Desmond Tutu Peace Foundation. Tutu has had a longstanding connection with St. Paul's Chapel and Trinity Church, sister chapels under Trinity Wall Street, most recently, speaking at the churches in 2005 and 2006, respectively. 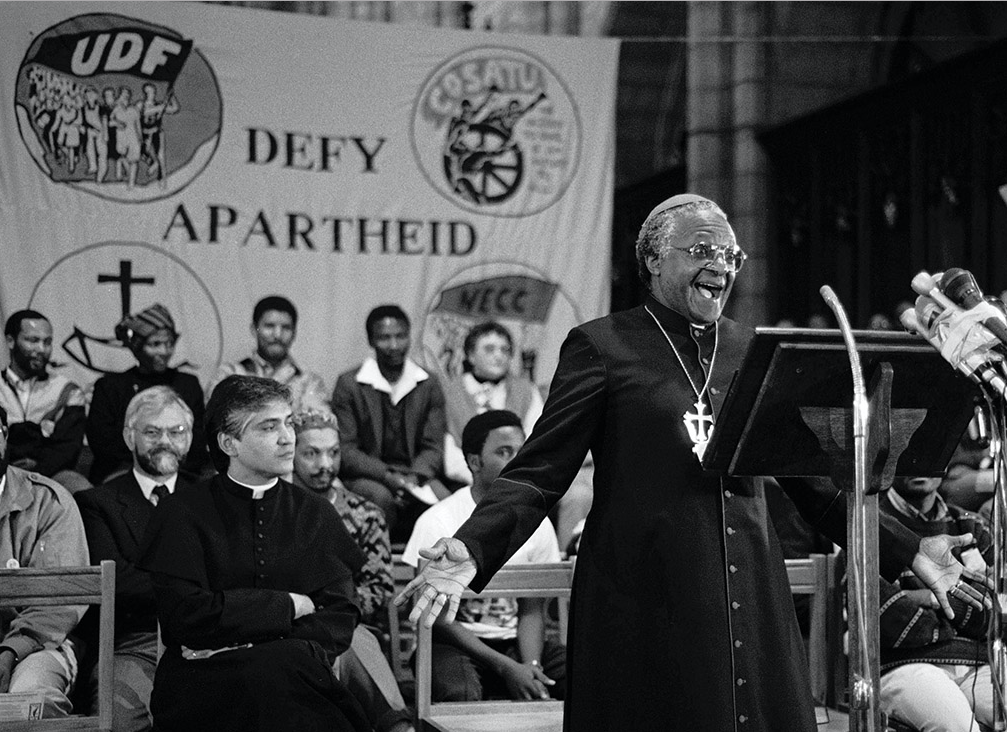 "Trinity has had a long relationship with the Archbishop, beginning many years ago when he was a deacon in the church in South Africa, continuing through his fight against apartheid, to today," said Trinity's Rev. Winnie Varghese in an emailed statement. "Trinity values the work of justice and reconciliation and holds the Archbishop’s work in South Africa in high regard, and we are glad to share images of that work with the community."