BEDFORD-STUYVESANT — New affordable apartments could come to Bedford-Stuyvesant’s Sumner Houses, according to a proposal from the New York City Housing Authority.

Officials last week announced the launch of sessions for four new affordable housing sites in Manhattan, the Bronx and Brooklyn where locals can attend visioning workshops to provide input on the suggested development.

A new building is proposed for one of two spaces at the Sumner Houses — the existing basketball court and parking area on Lewis Avenue, or a lawn area on Marcus Garvey Boulevard, an agency spokeswoman said.

Engagement with the community will address the pros and cons at each site, officials said, as well as issues such as parking.

With 13 buildings, the housing project spans from Lewis to Throop avenues and Park to Myrtle avenues.

The apartments would be “100 percent affordable,” meaning no units will be market-rate, according to officials — though the affordability levels have yet to be determined. 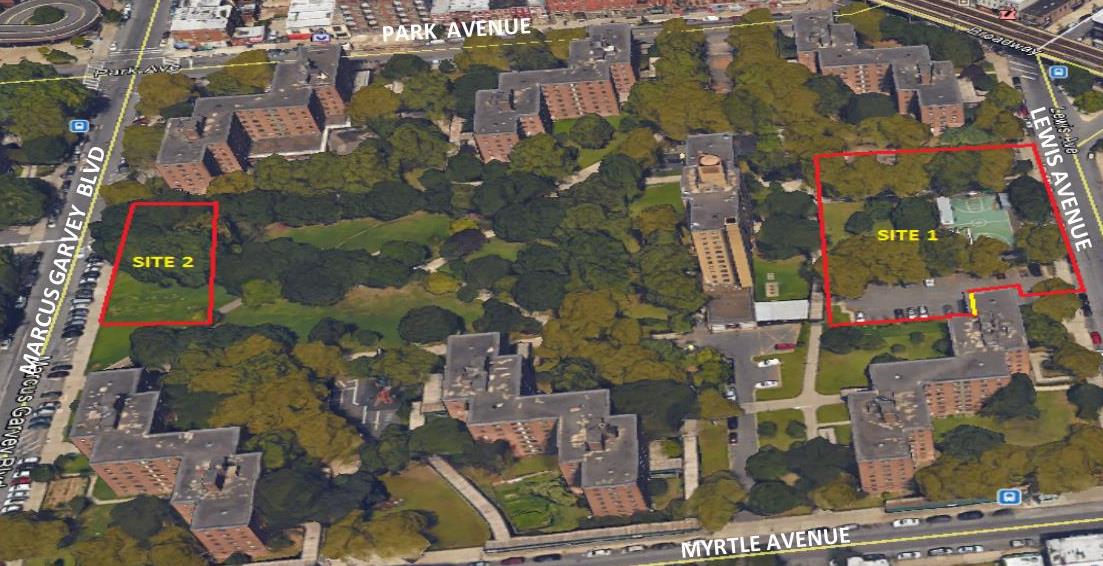 NYCHA will still have ownership of the land and provide a 99-year lease to the developers, who will build and operate the new housing.

Visioning sessions are slated to kick off in early December and are expected to continue into the new year. Developer responses are anticipated by the end of 2017.

NYCHA developments with available land are potential sites for new construction to support either 100 percent affordable housing or 50/50 affordable housing and market-rate units, which would generate revenue for improvements for public housing, a spokeswoman said.

The proposal is part of the agency’s goal to create 10,000 affordable apartments in conjunction with Mayor Bill de Blasio’s Housing New York Plan.

In May, the city announced plans to expand affordable housing in the South Bronx and Brooklyn.

In addition to Sumner Houses, other recently announced sites include Harborview Terrace in Manhattan, as well as BronxTwin Parks West and Morrisania Air Rights in the Bronx.