CIVIC CENTER — Queens resident Samuel Santaella, 23, struggles to pay for a monthly MetroCard in order to bring his 10-year-old sister to school every day.

Santaella, who takes two buses and a subway from Glendale from St. Albans each day, joined the organization Riders Alliance to call for Mayor Bill de Blasio to commit roughly $200 million from his 2018 executive budget to pay for a half-price fare for New Yorkers ages 18 to 64 living below the federal poverty level — $24,000 annually for a family of four.

“That’s a little extra money that I can spend for other things that I need. Most of our income is transit and food and mom’s phone bill — that’s about all we spend money on,” Santaella told DNAinfo New York after a press conference calling for reduced-fare MetroCards at City Hall Wednesday.

“So a lower fare would be a very big help,” added Sanaella, whose family lived in a homeless shelter from 2013 to 2015. “If me or my mom has to go somewhere the rest stay home because we can’t all go together, it’s too costly.” 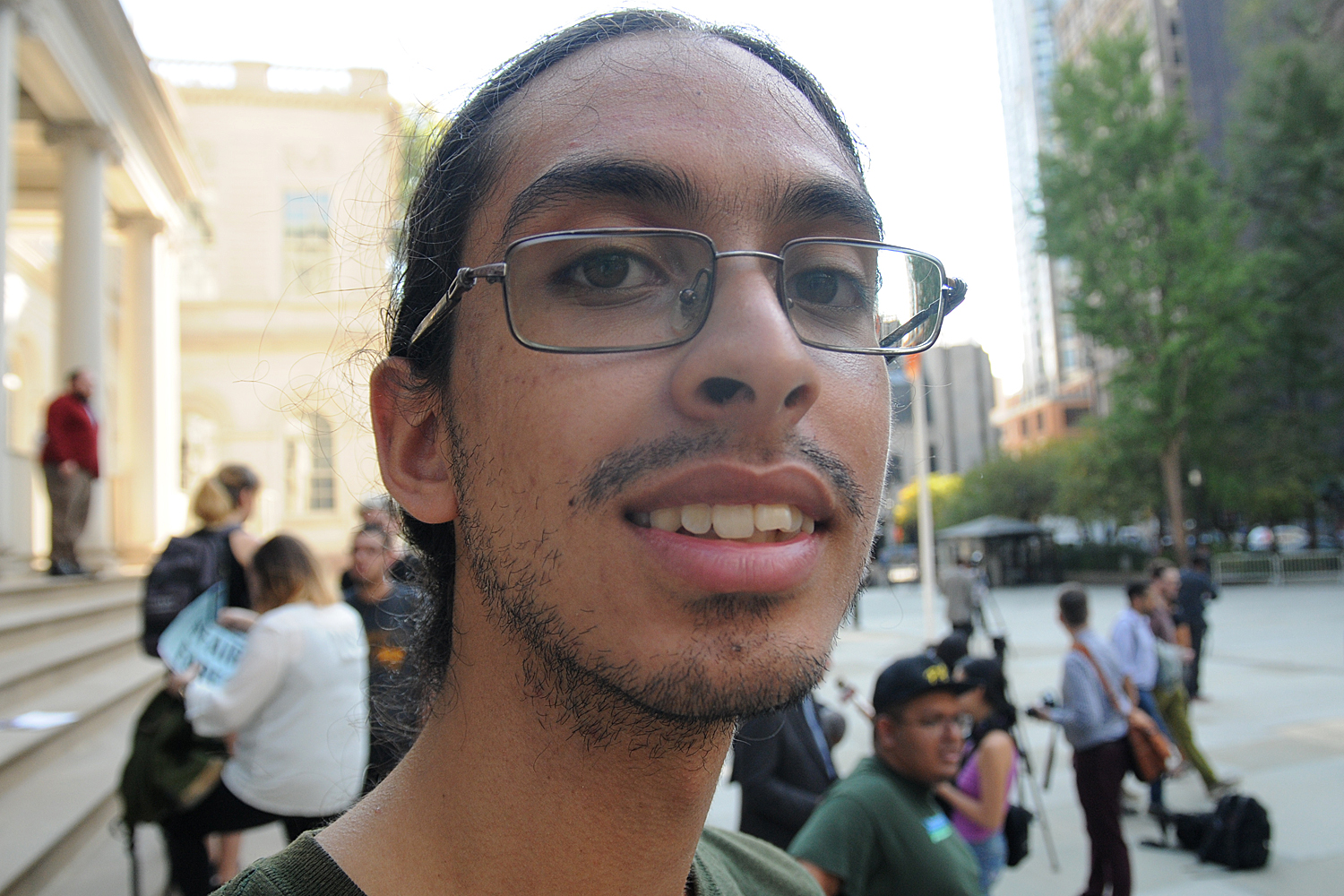 Samuel Santaella said a reduced-fare MetroCard would help him take his 10-year-old sister to school every day. (DNAinfo/Ben Fractenberg)

A majority of City Council members support the measure, officials said, which would impact about 800,000 New Yorkers, saving them about $700 annually.

Advocates, including Council Members Ben Kallos and Ydanis Rodriguez, said the city has enough money to pay for the program.

“That is a reasonable price to pay to keep the trains and buses accessible for every New Yorker who must depend on mass transit to get to work and job interviews, attend college and job training programs, obtain needed health care, and enable their families to take advantage of the richness of the city’s cultural life,” wrote the officials in a joint letter to the mayor signed by 27 council members.

A spokeswoman for the mayor's office said de Blasio would evaluate the plan.

“Last year, in addition to the nearly $1 billion that the City provides the MTA annually for its operations, we committed an unprecedented $2.5 billion towards the agency's capital plan," said Freddi Goldstein in an email.

"This proposal will be evaluated as part of the fare-setting process for the MTA as well as the State and City budgets."