PARK SLOPE — With new research questioning the value of homework for very young children, a Park Slope elementary school is ditching traditional homework and replacing it with play-based learning.

Kids at P.S. 118 (the Maurice Sendak Community School) used to trudge home with stacks of worksheets, but under a new program called Exercise Your Brain, they’re doing their after-school learning through dancing, cooking, and other play-based activities.

Teachers created the program in response to concerns from both parents and educators over the amount of time and effort students spent on uninspiring worksheets.

The program, launched last week, lets kids choose from a rotating menu of activities they can do while at home playing and spending time with their parents.

This month's offerings for third graders, for instance, include “Dance, Dance Revolution” (making up your own dance and incorporating something from class into it), “Chopped” (helping a parent measure ingredients for a recipe) or “Mad Scientist” (doing a science experiment and videotaping it to share with class).

Exercise Your Brain at P.S. 118 The Maurice Sendak Community School by lalbrecht3207 on Scribd

"It shows them school isn’t the only place where you’re a learner," Hernandez said. "Learning takes place all around you."

Also, with students giving presentations on their projects, the teachers hope to see an arc of improvement when it comes to public speaking over the year. 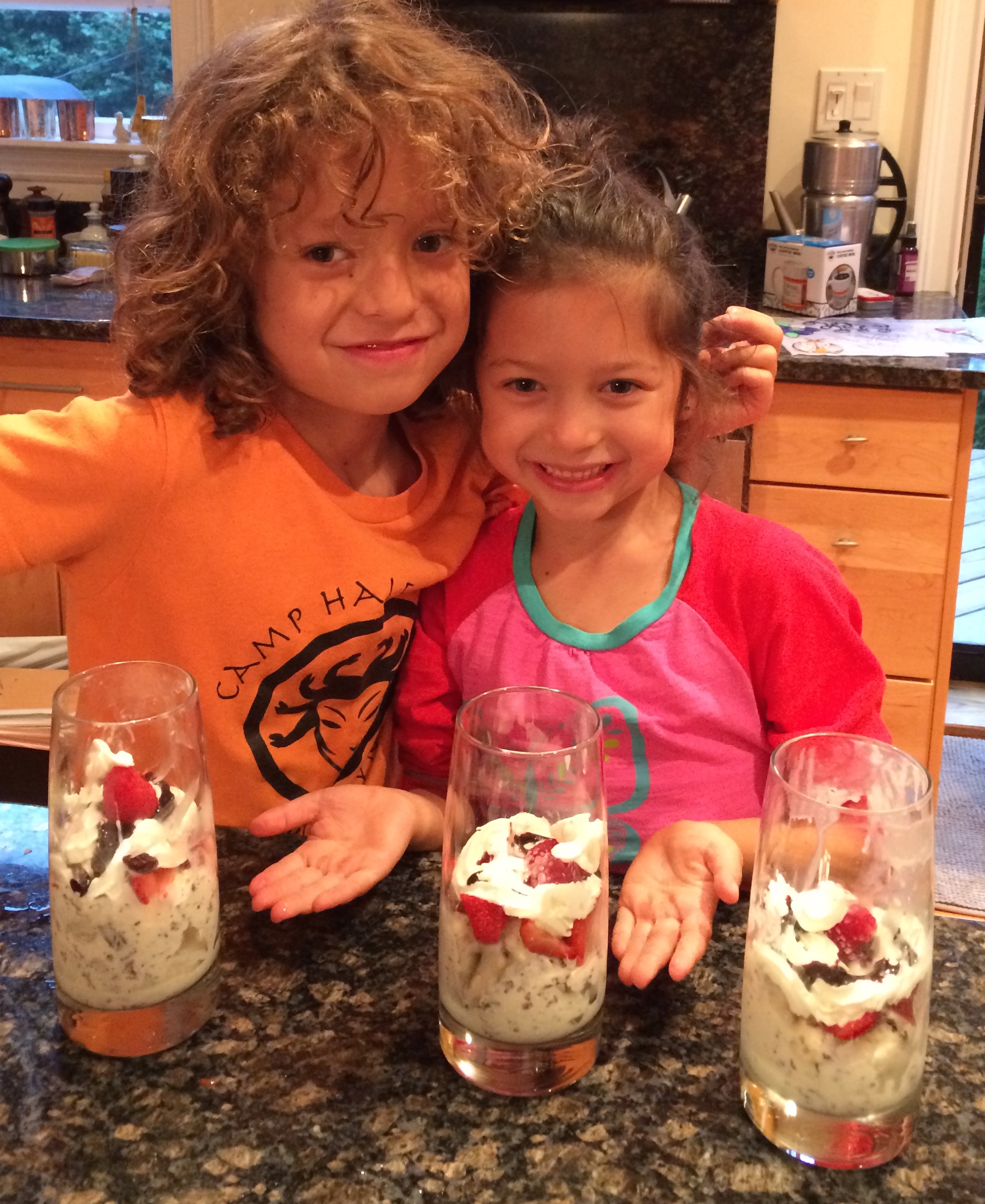 Homework became a hot topic of discussion last spring among P.S. 118’s School Leadership Team — made up of parents and administrators — with parents emailing around links to news stories about research showing that little kids get no benefit from homework.

The teachers began to look for alternative models to traditional homework, seeking inspiration from schools such as Chelsea’s P.S. 11 and Kips Bay’s P.S. 116, where the decision to ditch homework proved controversial among many parents.

At P.S. 118 the reception has so far been overwhelmingly positive.

“I just love it,” said Carrie McLaren, mom to a third grader. “It acknowledges that what kids come up with on their own when they’re given free time is more beneficial than worksheets and canned lessons. [It] acknowledges what I think the goal of every teacher should be, which is making connections for kids between what goes on in the classroom and their daily life.”

Though McLaren said she was never too uptight about her son’s homework, even in her house, when he came home with a big stack of worksheets, the process would sometimes involve “50 minutes of screaming.”

“To me, it kind of sucked the joy out of learning,” she said, applauding that her son will get to pursue his own interests.  His current obsession is Greek mythology, so he’ll probably put together a set of trivia questions on Greek gods to share in his class, she added.

She credited P.S. 118’s principal Liz Garraway for making a “gutsy move,” and said it fits in with the overall vibe at P.S. 118, which has a “creative” atmosphere fueled by collaboration between teachers and parents. The school's teachers were hopeful the activities would help parents — many of whom work full time — feel less frustrated squabbling over homework during the precious few hours they have with their children after school.

When schools find ways to allow children to learn content in a way that’s meaningful to them, it can have positive effects in how a young person becomes an independent and critical thinker, said Jennifer Astuto, a psychology professor at NYU Steinhardt and director of the playLabNYU — which researches the role of play in promoting school readiness, learning and civic engagement for low-income children.

“Anytime we’re able to tap into a child’s motivation and source of inspiration and connect it to content or a topic of study, it’s going to have a really good outcome,” said Astuto, who was excited to hear about P.S. 118’s new program.

“All children, no matter what social economic status, reserve the right to engage in ways that make them excited and want to love learning,” she added, noting that she hoped this model would not be limited to wealthier neighborhoods like Park Slope where parent advocacy tends to be strong.

“It’s ridiculous that kindergartners around the city get two hours of homework,” said Astuto, who works with educators across the borough. “But that is absolutely happening.”

While some parents might think that play-based activities are “frivolous,” they are the most developmentally appropriate ways for young children to learn and if done right, they can incorporate all of the standards students need to meet, she said.

P.S. 118, which is only four years old and currently goes up to third grade, is still grappling with what the program will look like when it scales up to fourth and fifth graders and on charting student progress, the teachers acknowledged.

“Do things change in fourth or fifth grade in terms of getting them ready for middle school or is this exactly what will get them ready for middle school?” Weeks asked, adding that for all grades, “We need to document how the students are excelling at the end of the year compared to the beginning. Are they just as enthusiastic about this at the end of the year as they were on Day 1?”

The self-directed activities — where kids will spend different amounts of time on their projects reflecting different levels of complexity — will require the teachers to be nimbler in how they respond to the students, in some ways.

“I don’t want parents to think the no homework policy is going to let us off the hook,” Weeks said. “This is going to end up being more work for us.”