Hershey, a rescue pup from Puerto Rico, is looking for a home.

This "sweet and waggy" dog, saved by Animal Lighthouse Rescue, is a year-and-a-half old and weighs 17 pounds. Though he appears to be a "Chiweenie" — a mix between a Chihuahua and a sausage-shaped Dachshund — Hershey has the nose of a bloodhound.

Fresh off his flight at the airport in New York City, Hershey sniffed out some tasty treats "and went for them," said ALR's Julie Sinaw.

Hershey has no trouble getting along with other dogs, kids and cats. He's an "easy, go-with-the-flow type of dog" who loves to snuggle and go for walks, according to Sinaw.

"He'd be the perfect family dog," she said.

Hershey is being fostered at Camp Canine on the Upper West Side. For more information, email julie@ALRcares.com and fill out an application. 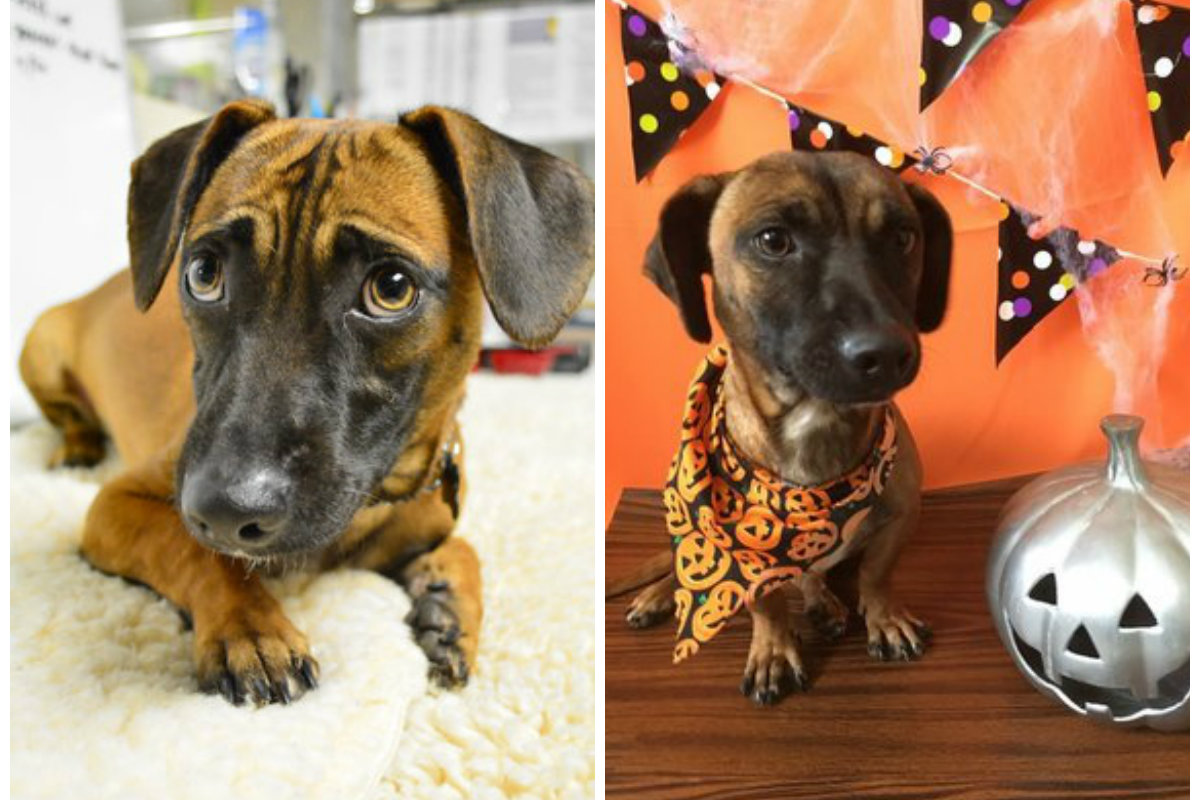 Doris Duke's Teen Heirs Battle Being 'Poor' While Waiting for $1B