By Rachel Holliday Smith |&nbspSeptember 22, 2016 7:43am
@rachelholliday
Twitter Facebook Email More
Brenda Ramos, the co-owner and manager of Claustrophobia Escape Room Brooklyn, holds a key given to those who solve the puzzle and escape the simulated environment at the space.
View Full Caption
DNAinfo/Rachel Holliday Smith

Fantastic news, fun-lovers: a brand new, rent-by-the-hour nuclear bunker just opened up across from the Barclays Center, and you and five friends can try to escape from it for your birthday — starting at $30 a person.

The room, known as Vault 13, is the latest attraction at Claustrophobia Escape Room Brooklyn, the first American outpost for the wildly popular Russian Claustrophobia franchise that has created “quests” — in which paying customers solve puzzles to unlock themselves from fake-but-kind-of-terrifying simulated environments — in 12 countries.

The concept of “escape rooms” is not new (they’ve been around for years in Europe and Asia, according to Claustrophobia Brooklyn’s co-owner and manager Brenda Ramos), but lots of New Yorkers are still unfamiliar with the idea.

“People wonder if it’s a claustrophobia clinic,” she said, speaking of the location’s mysterious, all-black storefront at 594 Pacific St.

But for those in the know, the place is popular for corporate team-building events, birthday parties and even dates, she said.

“A lot of gamers, a lot of millennials — they’re really into it … and a lot of couples and friends,” she said of the clientele. 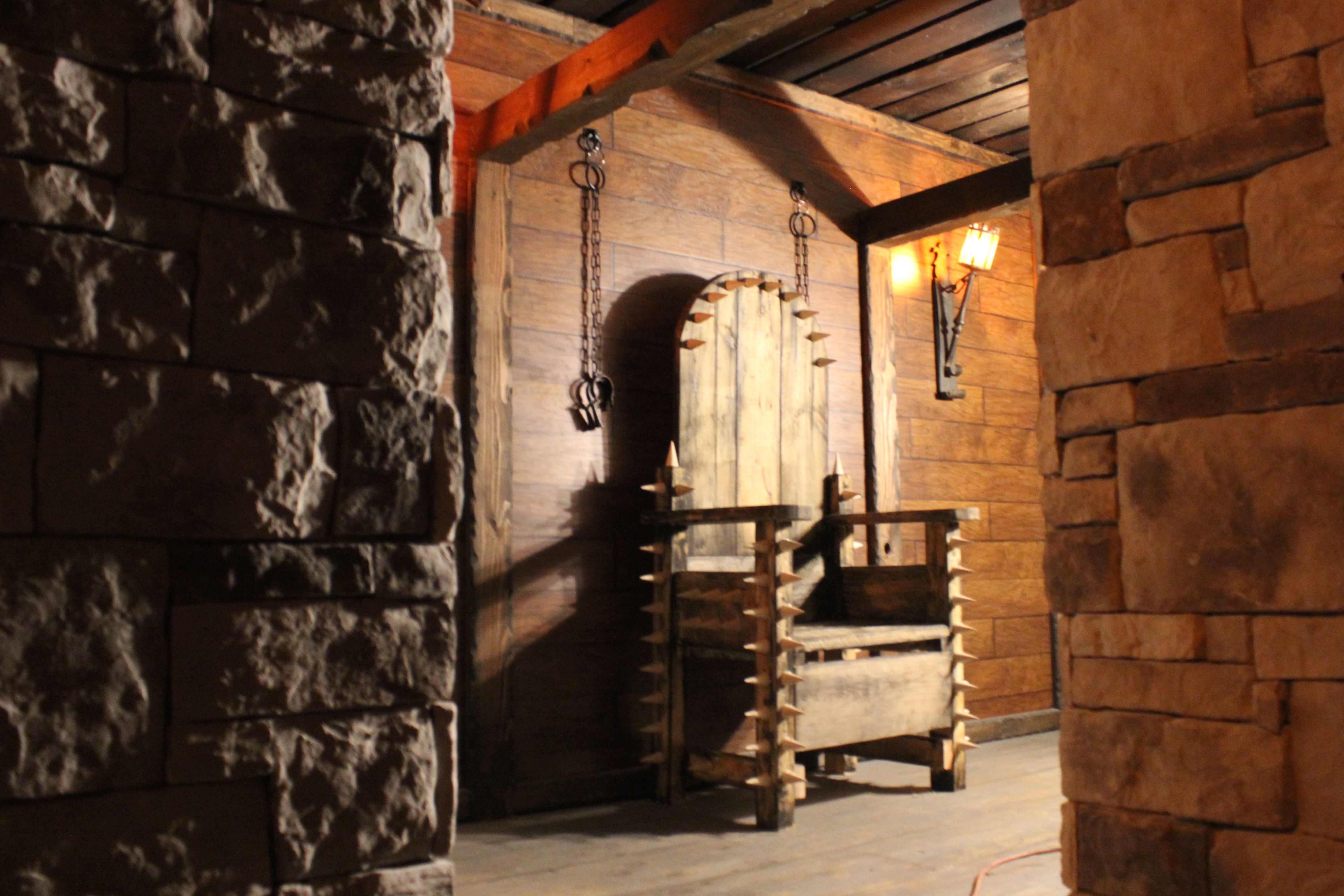 The Dungeon escape room is the first and original "quest" at the Claustrophobia location in Brooklyn. (Photo credit: DNAinfo/Rachel Holliday Smith)

The space has been open since March with one quest — “The Dungeon,” complete with manacles, bloody axes, scrolls, wooden thrones and other vaguely medieval decor — but is now ramping up their offerings with Vault 13, which just opened two weeks ago, and “The House of Ghosts,” a horrifying place filled with dusty antiques and creepy dolls made to look like a haunted bedroom, set to open just in time for Halloween, Ramos said.

But for all the props and spooky decor, the purpose of the escape rooms is not to scare you, but to stump you completely.

Ramos, who personally guides guests through the rooms using closed-circuit cameras and a microphone (everyone gets three hints if they’re stuck,) said only about a third of the groups solve the puzzle and get out within the allotted 60 minutes. So, in other words: bring your A-game.

“Some people came in and they had had a couple glasses of wine and tried to do it,” she said. “Watching them was just like ‘Oh my God, you should not have done that before you came here.’” 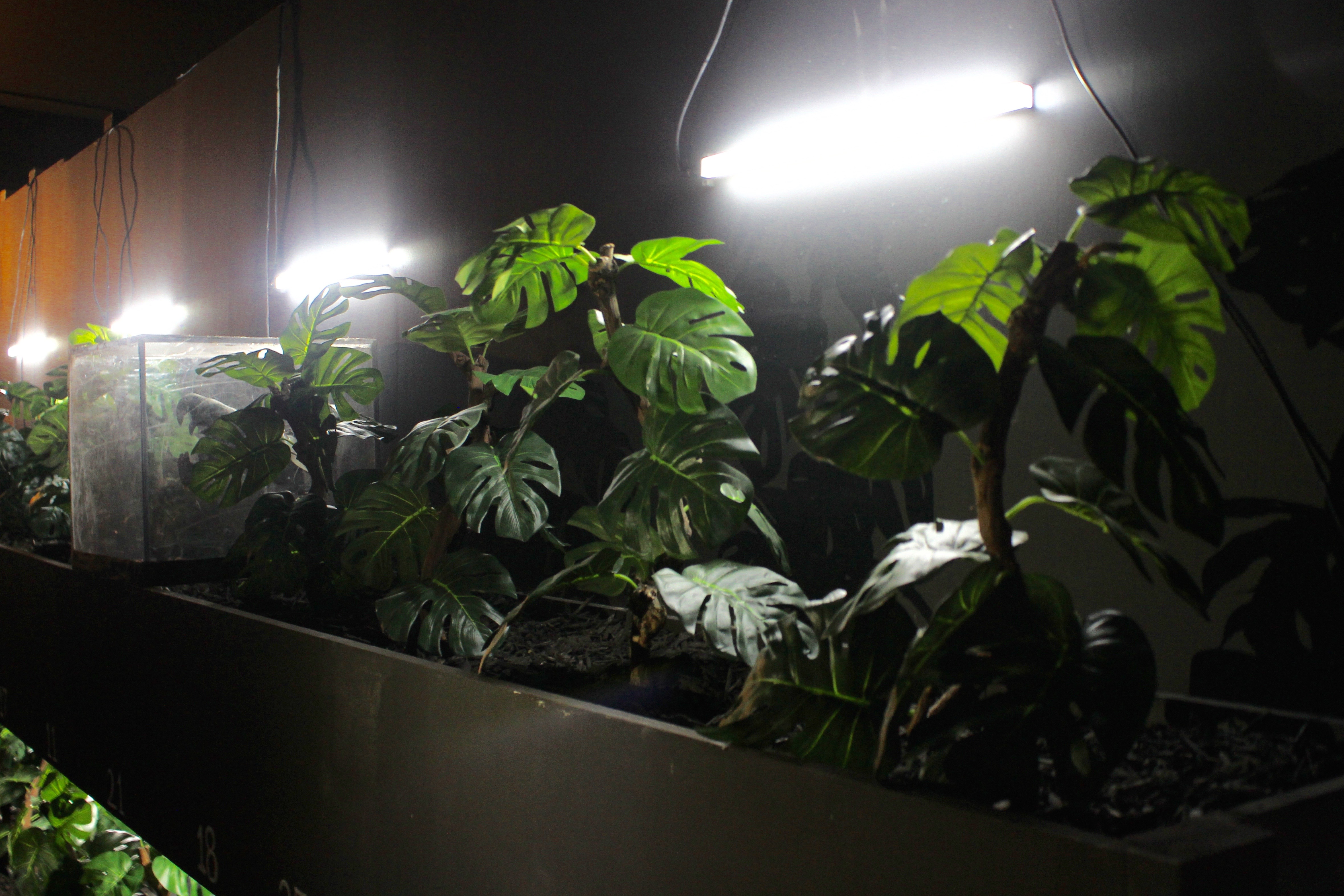 A nuclear bunker-themed escape room called "Vault 13" includes a simulated indoor greenhouse that has only a 60-minute oxygen supply; participants must escape the vault before time runs out. (Photo credit: DNAinfo/Rachel Holliday Smith)

For those who try it, secrecy is a top priority; no cell phones are allowed in the space, few photographs exist of the interior of the rooms to avoid spoilers about physical clues and participants are blindfolded as they enter the dimly-lit spaces.

Admission to the rooms is $30 per person on weekdays and $40 per person on weekends, with a two-person minimum (many of the puzzles cannot be completed with just one person, Ramos said). Groups are scheduled for hour-long sessions from 10 a.m. to midnight every day.