At first glance it might not seem like a big deal that the Department of Education added the locally sourced item to its menu.

But in fact, it took a huge effort on the part of NYC SchoolFood, working with the State Department of Agriculture and New York-based farmers, to make the roughly 350,000 to 500,000 burgers appear on compostable lunch trays this Thursday, along with three more Thursdays this year, according to Eric Goldstein, the DOE’s CEO of the school food office.

Prior to the DOE’s search for a locally-made pre-cooked burger, there had been no such mass-produced product on the market, Goldstein explained. All protein served at city schools is pre-cooked to cut down on food-borne illnesses.

“For small, boutique-y stuff, I’m sure you could find a local burger,” Goldstein said.

“But imagine throwing a dinner party for 10,000 people. Well, we have 1 million people.” 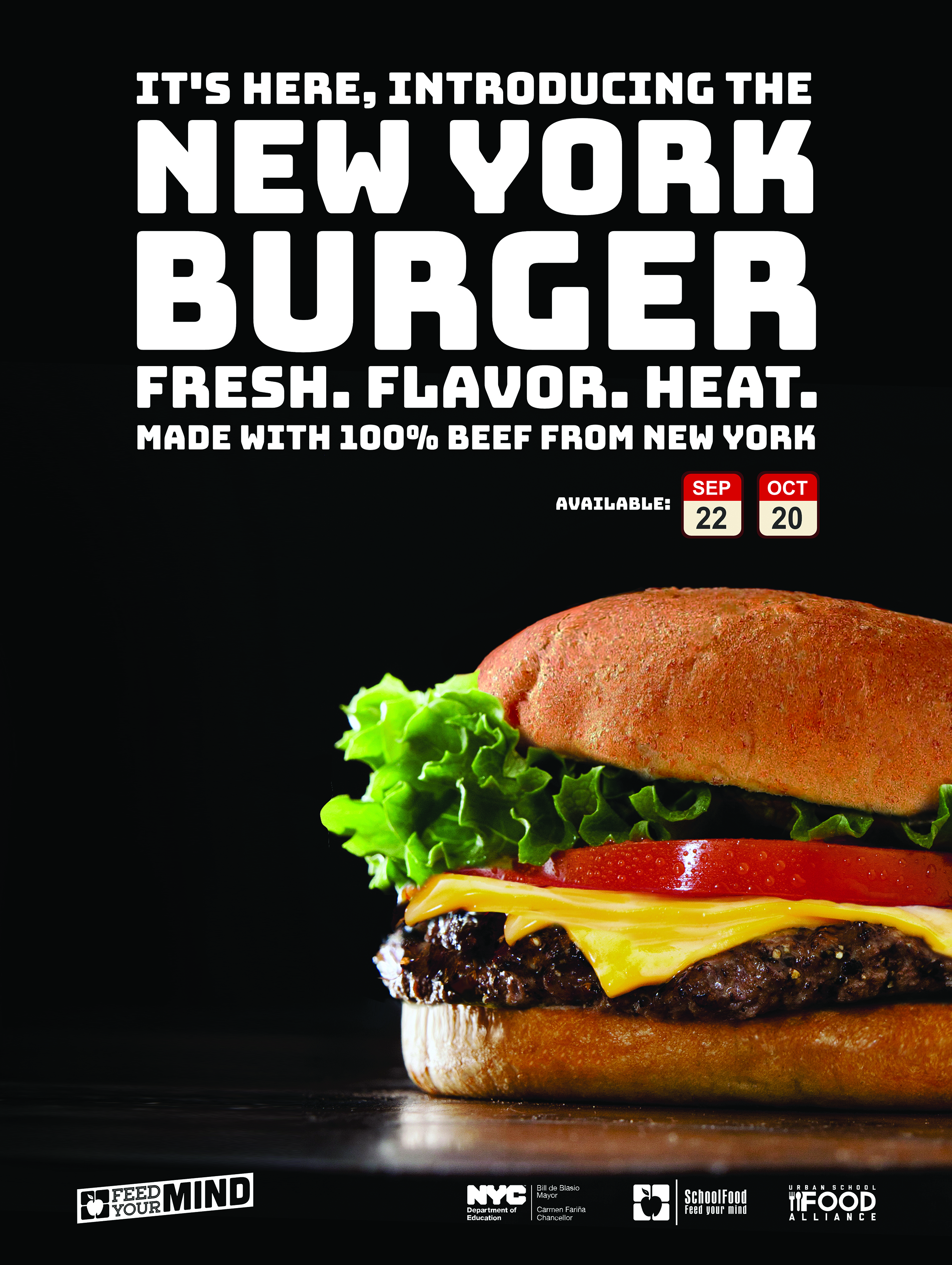 By the end of the school year, about 50 percent of the city’s Thursday items came from the state. That’s compared to about 20 percent on other days of the week, according to the DOE.

But SchoolFood wanted to find a meat to anchor its Thursday offerings.

“One of the things we discovered as we were trying to round out the [New York Thursdays] menu was that we were missing the protein items,” Goldstein said.

“We don’t raise chickens to scale — that’s a southern item. But we have a great dairy industry.”

Agriculture is a $6 billion industry in the state, officials said, and the city school system is the second largest purchaser of food in the country, behind the U.S. military.

The State Department of Agriculture quickly got on board with the idea and began reaching out to the region’s dairy farmers.

The cows used to make the burgers are “culled dairy cows” — ones that are auctioned off after they no longer produce milk. They are brought to a slaughterhouse just over the border in Pennsylvania, which also makes the pre-cooked burgers for the schools.

Though the New York burgers will only be served four times this year, SchoolFood is seeking bids for a new contract next year to expand its availability, Goldstein said — even though it’s a pricier product.

“This will be about a dime extra a burger, but I think it’s a dime well spent,” Goldstein said. “It’s helping farmers. It gets our kids in touch with local foods.”

The DOE believes the local Thursday meals provides a “teachable moment” to students, allowing schools to have educational conversations about food and the local economy.

At the same time, it’s also having a real economic impact, pushing the state’s agricultural industry to create a new mass market product.

“What we hope that this does is to create a demand for the local burger,” Goldstein said.

“Even the private sector will clamor for the burger and the hope is that farmers get more money. [Already,] they’re going to try to sell them to other state and city agencies and universities.”

“It’s really kind of an example of that giant handshake between upstate and downstate,” said Richard Ball, New York State Agriculture Commissioner, who said the farmers were happy about the interest in their non-milk producing animals, especially since the market for them is fairly volatile in terms of pricing.

“We brought in the food community. The challenge was one of willingness of New York SchoolFood to accomplish it and get into the logistics of how we get into their food procurement process.”

Luckily, he said, Goldstein “has an open and willing mind” to work with the agriculture department. “It’s opened the door to discussions of so many things on the plate,” added Ball, noting that he’s now playing up local potatoes and processed veggies like peas and carrots.

CORRECTION: An earlier version of this story referred to the cows used for the meat as "cold" dairy cows. They are "culled" dairy cows.