TRIBECA — When photographer Bob Leonard visits the 9/11 Memorial — where deep pools of rushing water sit in the footprints of the fallen Twin Towers — he says he sees a "three-ring circus, not a place for reflection."

For Leonard, the expansive memorial plaza is a "spectacle," as scores of tourists smile alongside the engraved names of the nearly 3,000 who were killed during the Sept. 11 attacks, snapping photos with selfie sticks.

The 57-year-old New Yorker decided to explore the uncomfortable relationship between tourist destination and space to pay respect through his lens — taking photos for the past year of visitors grinning for their own cameras and cellphones. 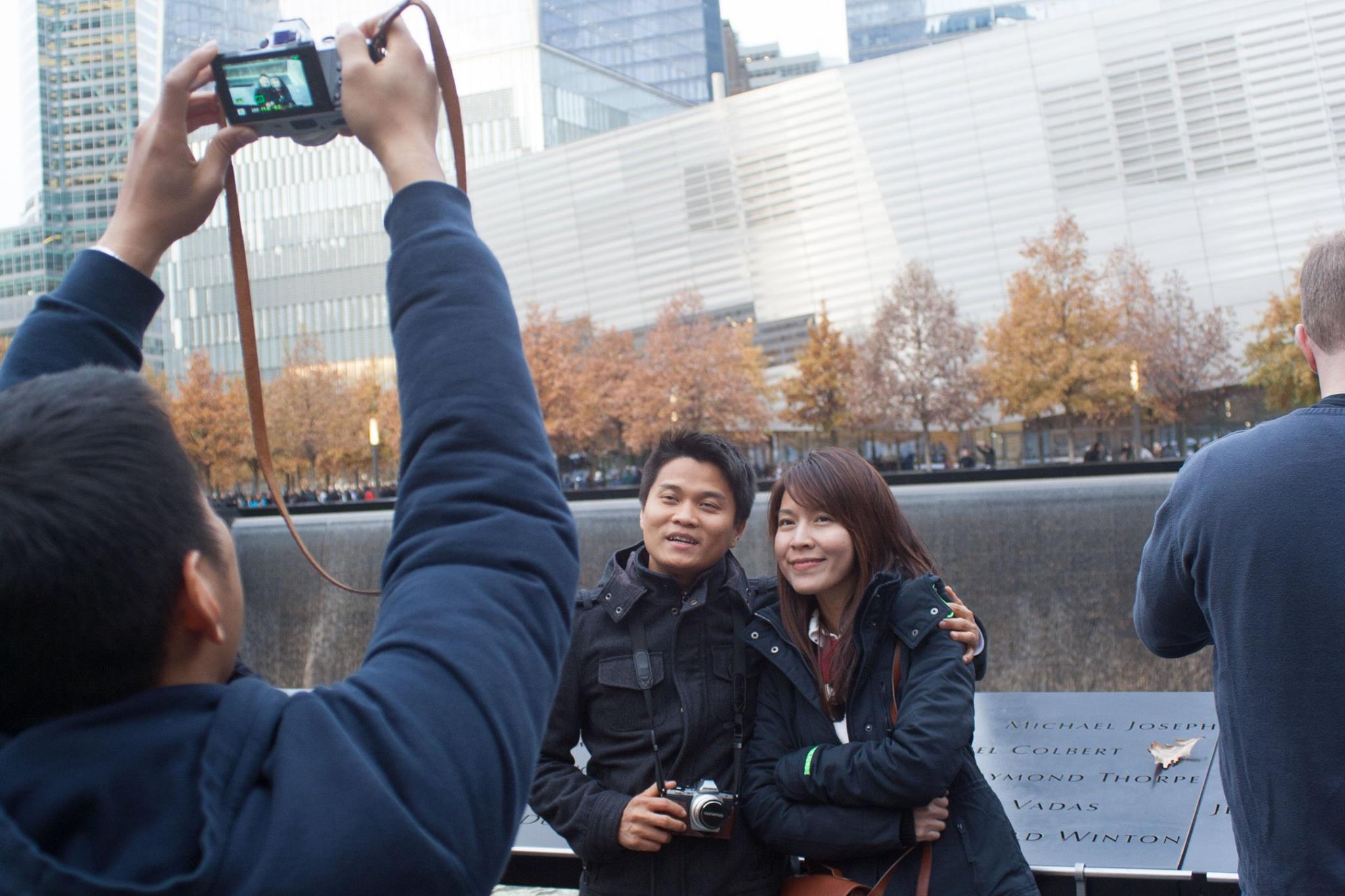 Fifty-nine of Leonard's memorial plaza images will be on display starting Sept. 8, three days before the 15th anniversary of 9/11, for his "Memorialized" exhibit at the Soho Photo Gallery.

“A memorial should be a visceral, contemplative, reflective place," said Leonard, 57, who watched the towers fall from his office boardroom on 26th Street. "That's not what this is — to me, this is not a place that creates a sense of connection to New Yorkers."

Some have hailed the openness of the memorial — a plaza designers had long envisioned as a true public space, where tourists and New Yorkers could sit among the greenery and memorial pools, but had sat behind security barriers until 2014. However, Leonard feels the memorial has missed the point.

A place crowded with tourists, smiling for Facebook pictures is not the memorial New York and 9/11 deserve, Leonard said. In that respect, he said, the plaza "is a failure."

Soho Photo Gallery, at 15 White St., is open 1 p.m. to 6 p.m. from Wednesday to Sunday, and by appointment. "Memorialized" will be on display from Sept. 8 through Oct. 1.