ASTORIA — A group of dogs rescued from a kill shelter in Oklahoma is heading to the neighborhood this weekend, and five of the pups are hoping to find a forever home in the Big Apple.

A volunteer with animal rescue group Friends With Four Paws will be driving about a dozen rescue pooches to Astoria Saturday, and while half of the dogs have been adopted, the rest are still available, according to adoption coordinator Nina Roedeler.

They include Pickles, a 1-year-old rat terrier described as playful and sweet who "loves to perch in high places," according to his adoption profile. He also gets along well with cats.

If you're looking for puppy love, there's four-month-old Echo, a black Labrador Retriever mix who is estimated to eventually weigh around 30 to 40 pounds. She's house trained and loves to play.

Jackie Brown is a male miniature pincher also in need of a home. This pup loves to snuggle, and was recently treated for wounds and other skin issues after living in an outdoor shelter. He's all better now and is looking for someone to play fetch with, his profile says.

Those looking for a pint-sized pet should look no further than Reeses, an 8-year-old male Chihuahua who weighs a mere five pounds. He's shy but loves to cuddle once he gets to know someone, his caretakers say.

Another Chihuahua up for adoption is Sunny, a 2-year-old who weighs 10 pounds and is described as "the most loyal and loving dog you will ever meet." 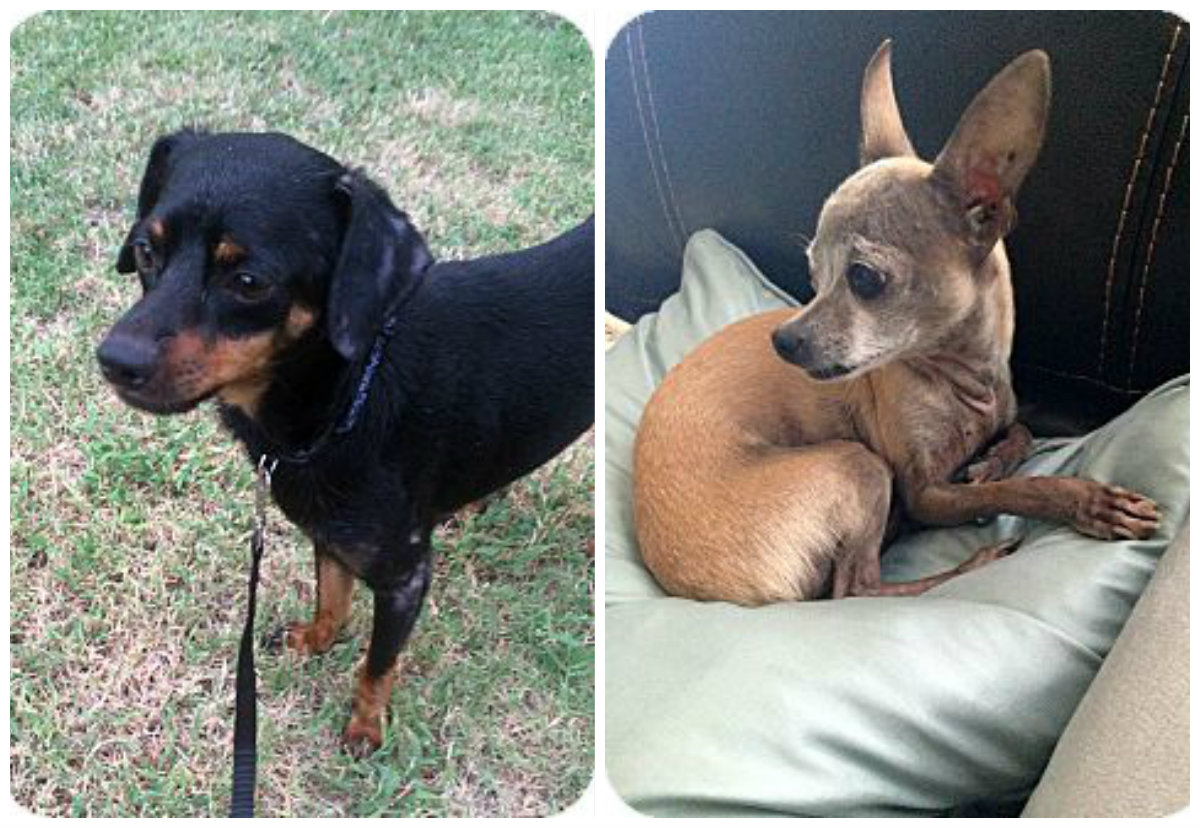 All of the dogs have been spayed or neutered and are up to date with shots, according to Roedeler.

Echo, Sunny and Jackie Brown are also in need of a foster home until they are adopted, she said. Foster dogs are generally kept for at least two weeks, though shorter stays are possible. Those interested in fostering can fill out an application here.

Friends With Four Paws also accepts donated toys, treats and other supplies. You can find their "wish list" of items on Amazon.com.

Those who'd like to adopt one of the dogs can apply here, or email nina@friendswithfourpaws.org with any questions. The adoption fee is $475 and covers the cost of the dog's spay/neuter, vaccinations, microchip, heartworm testing and prevention, flea and tick prevention and travel expenses.

"We look for the best possible adopter, but they don't have to be perfect," Roedeler said. "Our mission is to be the rescue that makes those adopters perfect."