LOWER MANHATTAN — A crowd of protesters camped outdoors overnight after rallying against police violence in City Hall Park all day Monday, with many hoping to launch an encampment akin to the months-long Occupy Wall Street, until the city meets their demands of firing NYPD Commissioner Bill Bratton and defunding the police. 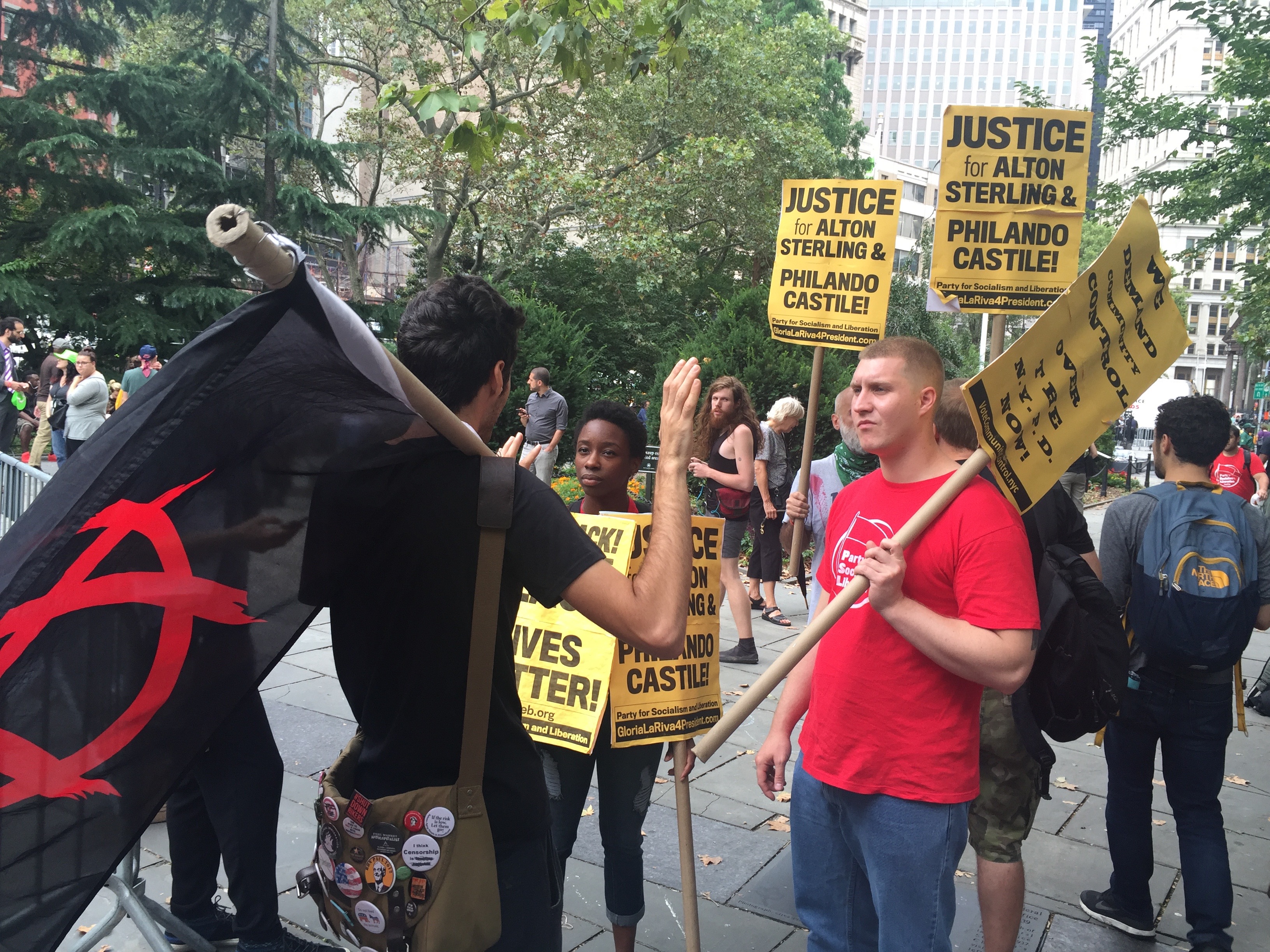 The protest, organized largely by Black Lives Matter group Millions March, began peacefully at about 9 a.m., with the group chanting "all lives matter, black lives matter." By about midday, many were quietly sitting in the park adjacent to City Hall, some holding signs, others eating lunch like other non-protesters seated along the benches. 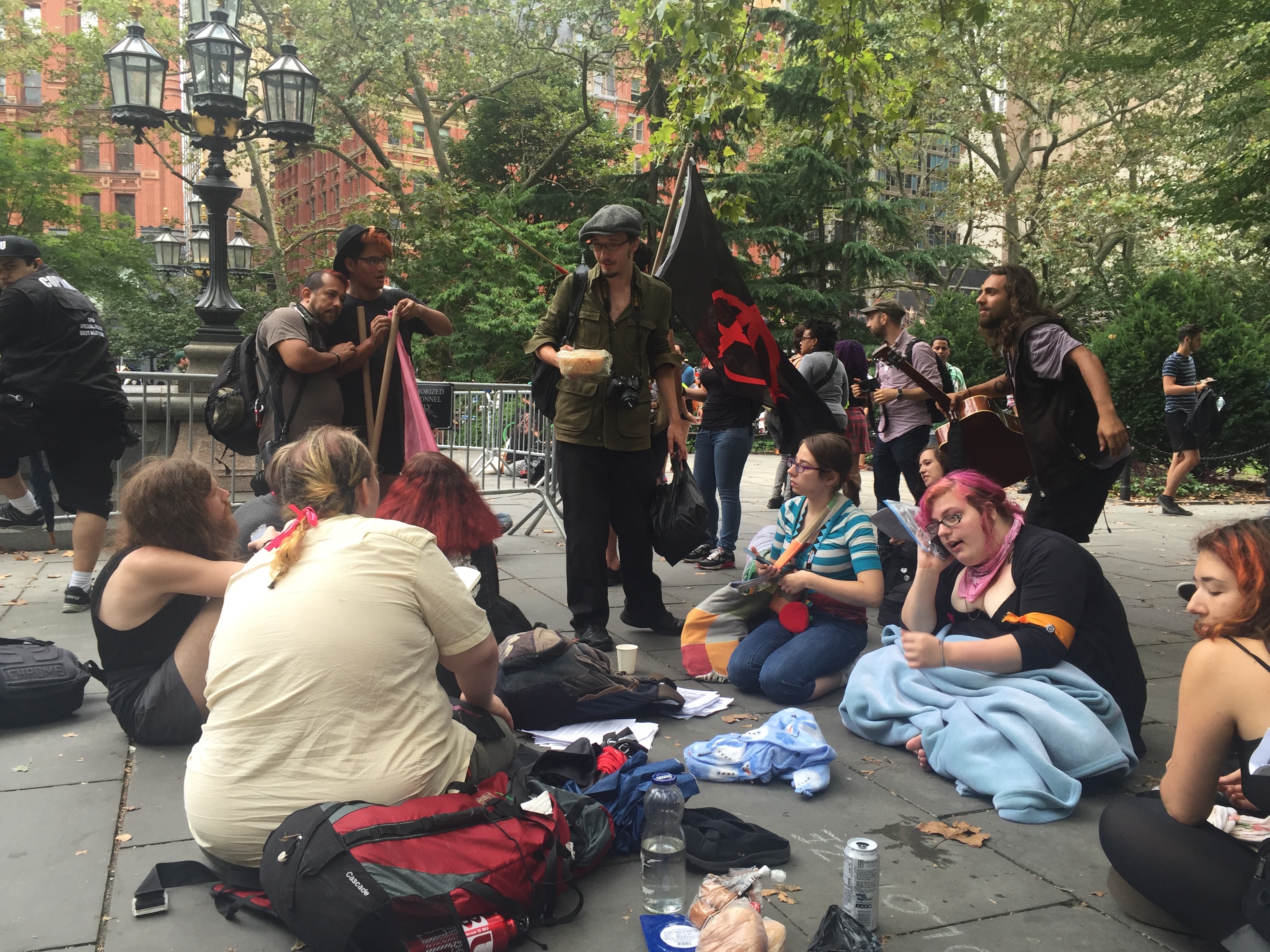 There was a police presence and barricades stationed throughout the park.

The group has three central demands, according to Millions March organizer Nabil Hassein. It wants the city to immediately fire Bratton and end his "broken windows" policing practices, pay reparations to the victims' families and survivors of police brutality from the NYPD's budget, and ultimately, abolish the NYPD and use money that would have gone to fund police to invest in "black, brown and working class communities," Hassein said.

"The police have always been a racist, violent organization," said Hassein, a 27-year-old Crown Heights resident. "We're here until our demands are met." 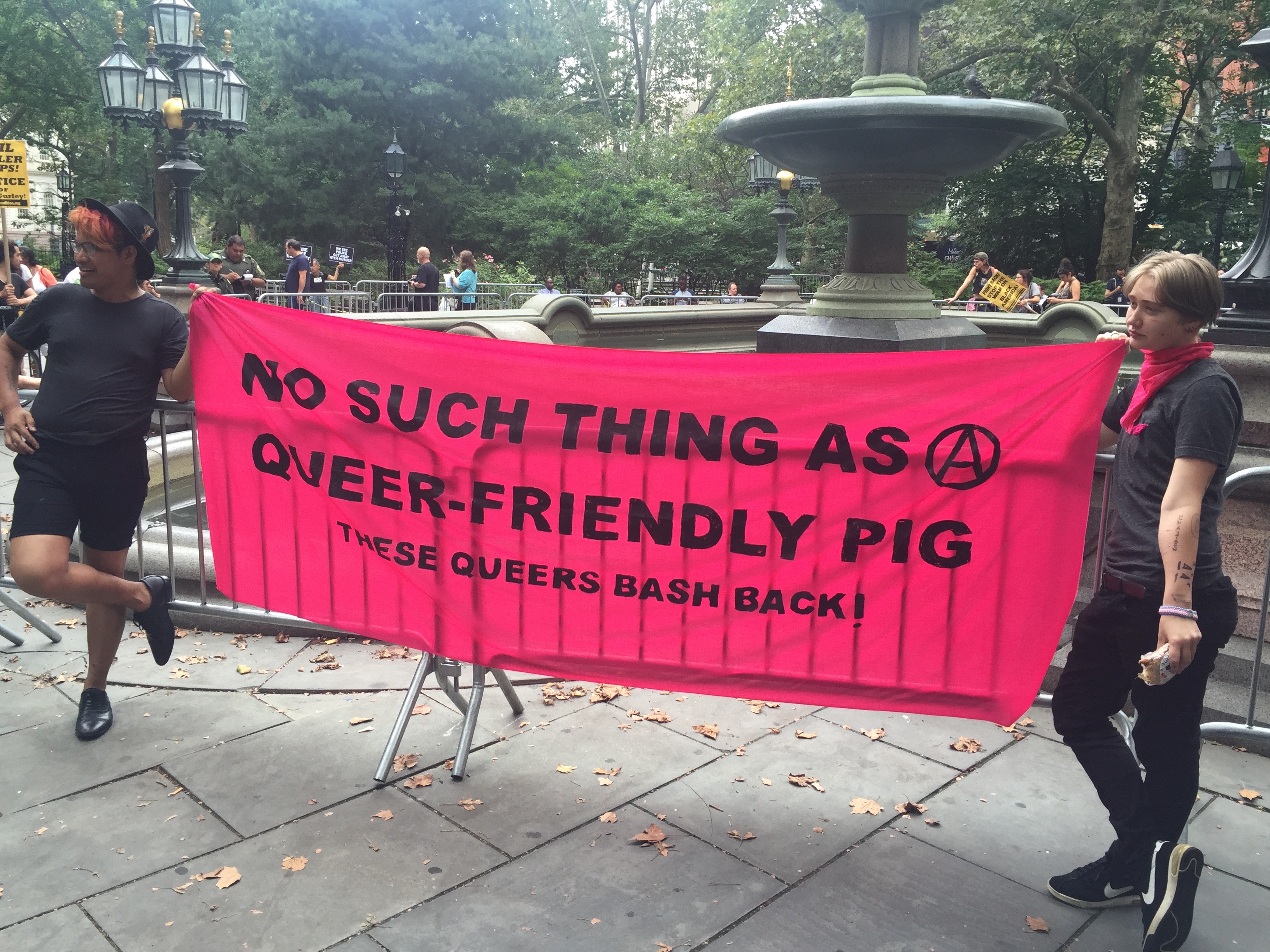 The crowd, which grew to several hundred protesters by 6:30 p.m., moved to a Privately Owned Public Space, (or POPS) two blocks away on Spruce Street near Williams Street at 11:30 p.m., before City Hall Park officially closed at midnight.

"We stayed up until the police started acting like they were gonna force us out and then we moved," said Vienna Rye, an organizer with Millions March NYC who lives in Queens.

The protesters planned to move to the POPS until 6 a.m. when City Hall reopens, organizers said.

"We're going to maintain a cohesive space for as long as it's advantageous to our organizing," Rye said. "The goal is to come out of this stronger."

Demonstrators chanted "stop the cops, fund black futures" and "we have nothing to lose but our chains."

Chloe Murtagh, 23, of Crown Heights, said she joined the rally because there is no "reforming a racist institution" and that programs like having officers wear body cameras will not make a real difference.

"I don't feel safer with the police, they brutalize people or they arrest people for jumping turnstiles — that's not what we need," Murtagh said. "If we used that money to invest in black and brown neighborhoods, instead of funding police, we'd have a better society."

"I want to see a stop to police brutality," said protester Christian Valencia, 21, from Bensonhurst. "The only time I've gotten stopped by police while driving in Brooklyn was when I was in a car with a black friend — we don't need racist police, police that aren't from the community to police us."