PARK SLOPE — Developers are trying to kick an elderly man and his disabled son out of the Park Slope building they've lived in for nearly 50 years so they can renovate the property, court records show.

Lawyers for high-end housing specialists The Brooklyn Home Co. recently requested a court order to speed up eviction proceedings against Ernesto Bonilla, 79, and his son Ernesto J. Bonilla, 52, who's known as Junior.

The father and son, along with the younger Bonilla's girlfriend, live in a three-story 19th century rowhouse on Fifth Street between Fifth and Sixth avenues that the Bonilla family has occupied since the elder Bonilla's parents bought it in 1967.

The elder Bonilla, who worked as a dish washer at a restaurant and a factory worker in his younger days, now has Parkinson's disease and dementia and spends much of his time in the building's sunny third-floor apartment, where he was watching Spanish-language TV news on a recent visit.

"[Eviction] would be a psychological disaster for this gentleman, who has lived in the same place for over 40 years," said the Bonillas' attorney, Mayne Miller, referring to the elder Bonilla. "[Evictions] happen all the time but this is a particularly notable example because the father is old and ill and the son is disabled."

The younger Bonilla was a toddler when his family moved from 15th Street to the Fifth Street brick and brownstone building. He and his parents and grandparents lived there with other relatives and rented out one of the floors to tenants.

In 2015, unbeknownst to the father and son, an aunt who had lived in the Fifth Street house with them sold the building for $1.525 million to an LLC linked to Brooklyn Home Co. The Bonillas received no money from the sale, and the aunt left the state shortly afterward. 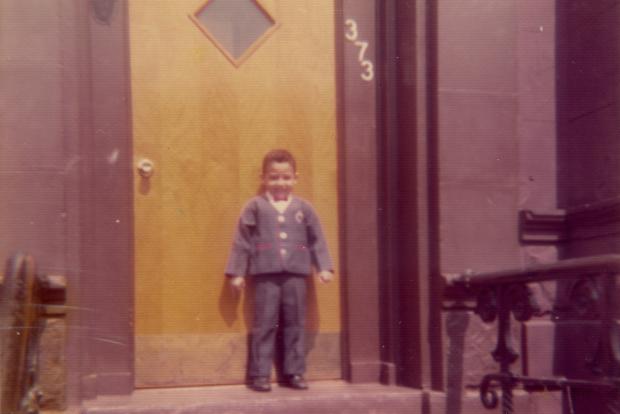 Ernesto J. Bonilla as a 4-year-old in front of the Fifth Street building where he's lived since the late 1960s.

The Bonillas' three-bedroom apartment is rent-controlled, and the legal rent is $86.25 a month, according to the New York State Division of Housing and Community Renewal, which oversees rent-regulated units.

The Bonillas found out the property's new owners wanted them out last fall when they were mailed a copy of an application the new owners had filed with DHCR to start the eviction process.

Property owners have the right to kick out rent-controlled tenants if the owner plans to demolish the building, a process that requires DHCR approval.

Brooklyn Home Co.'s LLC applied for permission to move forward with eviction last September, but DHCR denied the application because the LLC had failed to notify the Bonillas before applying for a demolition permit, according to DHCR records.

The LLC's latest application to DHCR, filed in November 2015, states that the property owners intend to "demolish the existing premises and construct a new building in its place" and that the city's Department of Buildings approved that plan.

However, DOB records show no such approval. The only permits on file with DOB are for an interior renovation, according to city records. 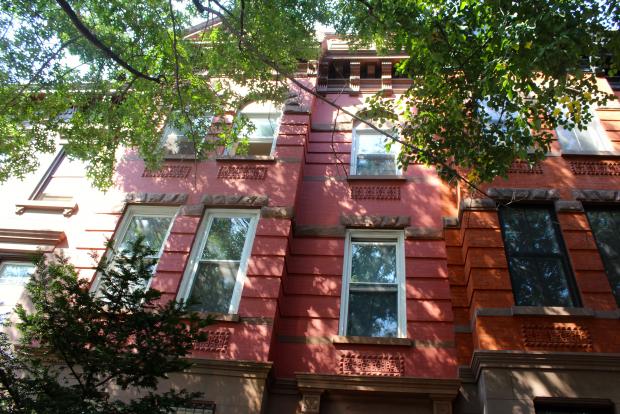 The Fifth Street building that members of the Bonilla family have lived in since 1967.

The Bonillas' attorney contends that the LLC's eviction application is "fraudulent" and he plans to fight it and ask DHCR for a hearing on the case. "Even to get [the Bonillas evicted] on the basis of renovating the building, the LLC would have to file the right kind of building permit application, and our contention is that they have not done that," Miller said.

If the eviction proceeds, the Bonillas are legally entitled to money to help them relocate, Miller said. Because the elder Bonilla is a senior citizen in a rent-controlled apartment, he must be provided with a similar apartment in the neighborhood, according to Miller.

The property owner's application to DHCR is only the first step in the eviction process. If it's approved, then the matter goes to housing court, said Marika Dias, director of the NYC Legal Services Anti-Displacement Project.

Dias, who couldn't comment specifically on the Bonillas' case, noted that even when landlords follow the letter of the law, emptying buildings of longtime tenants leads to a permanent loss of affordable housing.

"Even if those one or two tenants are found new accommodations, it doesn’t address the fact that that affordable housing will now be lost, and that a developer will be able to build whatever building they want and rent those new apartments at market rate," Dias said.

Representatives for The Brooklyn Home Company did not respond to multiple requests for comment; neither did their attorney. The design and build firm is known for brownstone renovations with an "artistic bent" as well as new construction of sleek condo buildings.

Miller says his clients have been subjected to harassment by the building's new owners. The cellar has been padlocked, and the Bonillas went without hot water for 12 days last winter, he said. The younger Bonilla documented both issues with complaints to the Department of Housing Preservation and Development.

The new owners have not given the Bonillas a lease or offered them money to leave, according to the younger Bonilla.

The father and son were awarded $26,000 last year after they took their aunt, with whom they had a contentious relationship, to court in a dispute that wasn't related to the new owners or the sale of the building. The younger Bonilla refused to accept the money, he said. He believes his aunt swindled him out of rightful ownership of the building, and fears accepting the money would damage his legal battle to regain ownership and reverse the 2015 sale.

The younger Bonilla said his father used to enjoy sitting in the backyard, but hasn't been able to since new owners took over the building last year and padlocked the door that gave them access to the yard.

Eighteen months ago the elder Bonilla could walk for blocks, but his health has gone downhill since the building changed hands — his son thinks it's because of the stress — and he uses a walker to get around now, his son said.

The younger Bonilla was once a computer systems engineer but can't work anymore because of health problems, including diabetes and asthma, he said.

"How can anyone in New York permit things like this to happen to people?” said the younger Bonilla of the eviction. “This is a death sentence to my father and me. It's like I've been convicted of a crime. I was created in Brooklyn, in Park Slope. Everything I know is here."