Customers can watch as ice cream base is poured and spread over a flattop that is at least as cold as -10 Fahrenheit. When the cream stiffens, it's being scraped into several rolls, said Tommy Zhang, a manager at Snow Story.

The store serves the treat in eight flavors, including Purple Galaxy (taro and blueberry), Matcha Mania (green tea and strawberry), Monkey C Monkey Do (chocolate and banana) and Cookie Amore (vanilla and Oreo).

The dessert, which costs $7, comes with a choice of toppings and sauces.

Zhang, who called ice cream rolls the “hottest” frozen dessert this season, added that the owners decided to open the parlor, which is not part of a chain, in Forest Hills, because "there is nothing like that in the area."

The shop, however, will soon face competition as I.CE.NY, also serving ice cream rolls, is planning to open its location nearby, at 71-24 Austin St.

The two stores join Snowdays, shaved cream shop, which opened its new outpost at 72-24 Austin St. in May and Haagen-Dazs which has been located on Austin Street for several years. 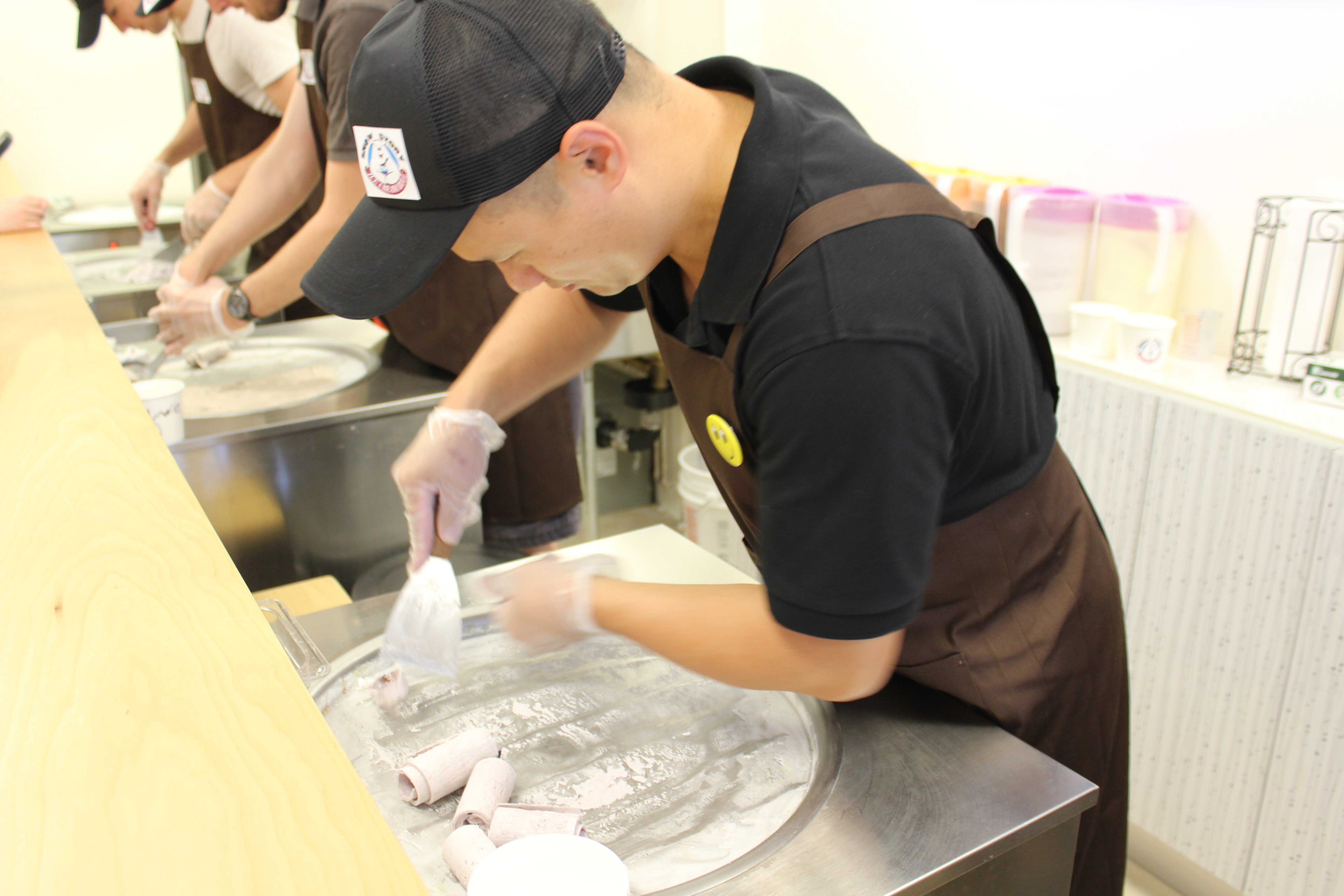