BEDFORD-STUYVESANT — Nearly 10 years after the disappearance of 16-year-old Chanel Petro-Nixon, officials announced the indictment of a suspect linked to the Brooklyn girl’s death.

Veron Primus, 29, was indicted on a murder charge and faces up to 25 years to life in prison if convicted, Brooklyn District Attorney Ken Thompson announced Wednesday.

Primus, who previously lived in Crown Heights, is currently being held in Saint Vincent and the Grenadines in the Caribbean on unrelated charges, officials said. He will be arraigned following his extradition.

Petro-Nixon, 16, was last seen alive on Father’s Day on June 18, 2006, when she left her parents’ home in Bedford-Stuyvesant to visit a friend, officials said.

Veron Primus, 29, was indicted for the 2006 murder of Chanel Petro-Nixon, officials said, and is currently being held in Saint Vincent and the Grenadines on unrelated charges.
View Full Caption
Brooklyn District Attorney's Office

The Boys and Girls High School honors student said she’d be meeting Primus, who was her friend from church, according to NYPD Chief of Detectives Robert Boyce.

The suspect was supposed to meet the teen to help her get a summer job at a local Applebee’s, police said.

Petro-Nixon was reported missing a day later when she still hadn’t returned home and, on June 22, 2006, her body was found in a trash bag on Kingston Avenue in Crown Heights, prosecutors said.

The teen had been strangled and was found by a local resident after sanitation workers refused to remove the bag because the trash was oversized, according to officials.

“It is important for us that we bring Primus back to Brooklyn to face justice.”

Primus had long been a suspect in the crime, officials said, but police did not have enough evidence.

At the time of Petro-Nixon’s death, Primus had no prior arrests, Boyce said.

He was subsequently arrested for crimes in Brooklyn, during which officials spoke with him and “developed more and more in the case, never reaching...the goal we needed to reach,” Boyce said, adding that he was “cagey each time.”

“In our business, a terrible business investigating homicides, rarely do we witness true evil in anybody. Here we witnessed it in this case,” he said. 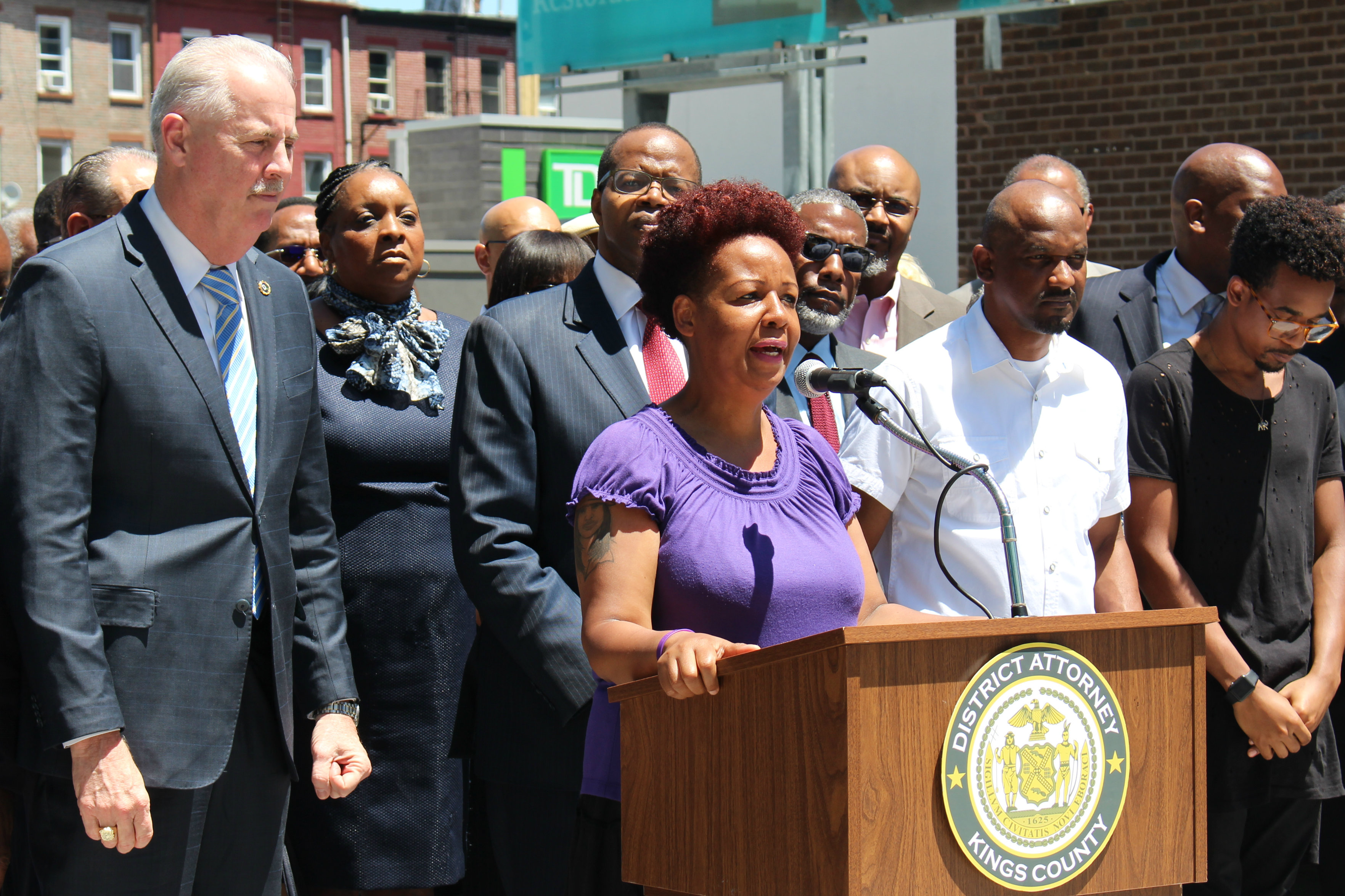 Lucita Petro-Nixon urged the public to come forward with any information they may have on the 2006 murder of her 16-year-old daughter, Chanel Petro-Nixon. Photo credit: DNAinfo/Camille Bautista

Primus went to state prison for violating an order of protection regarding an ex-girlfriend, according to reports, and was deported to St. Vincent and the Grenadines in 2015, officials said.

Officials gained a “key piece of evidence” to move forward in Petro-Nixon’s case after traveling to the Caribbean to interview Primus and individuals connected to him, according to prosecutors and police.

The suspect is being held in St. Vincent and the Grenadines on unrelated kidnapping and attempted murder charges, Boyce said, and is linked to another murder in the Caribbean.

Police will look at other cases in New York City from 2006 until the time Primus was deported to see if any are connected to the suspect, Boyce added.

On Wednesday, Petro-Nixon’s mother urged the public to come forward with any information they may have, as additional evidence is needed in the case.

“It’s a bittersweet day today for the family,” said Lucita Petro-Nixon, who showed a tattoo of her daughter on her arm. “Finally at least we could see a light at the end of the tunnel, it took 10 years.

“Again, I want to emphasize that there is somebody here in Brooklyn that knows something, and I am urging them, I am praying that they will come out and say something… Until we get justice for Chanel, then our job will be over.”

Officials joined in the appeal, adding that the case is not over.

“Please step up. Now is the time to finally bring closure to this case so that Chanel can rest in peace.”

The rally will take place on June 18 at 11 a.m., starting in front of 212 Kingston Ave. in Crown Heights, where Petro-Nixon’s body was found.

How to Prevent and Fight Rodent Infestations