TRIBECA — A 12-foot-tall photo of a red metal fence with muddy footprints hangs on the wall of a TriBeCa studio. To the artists behind the image, the picture is a close-up view of an expansive problem: the nearly 600 miles of piecemeal border wall that separates the U.S. from Mexico.

The photo is one piece of the new "Fencing in Democracy" exhibition at Apexart, a display that gives New Yorkers an intimate look at a seemingly faraway issue — the repercussions of the physical barrier between the United States and Mexico. 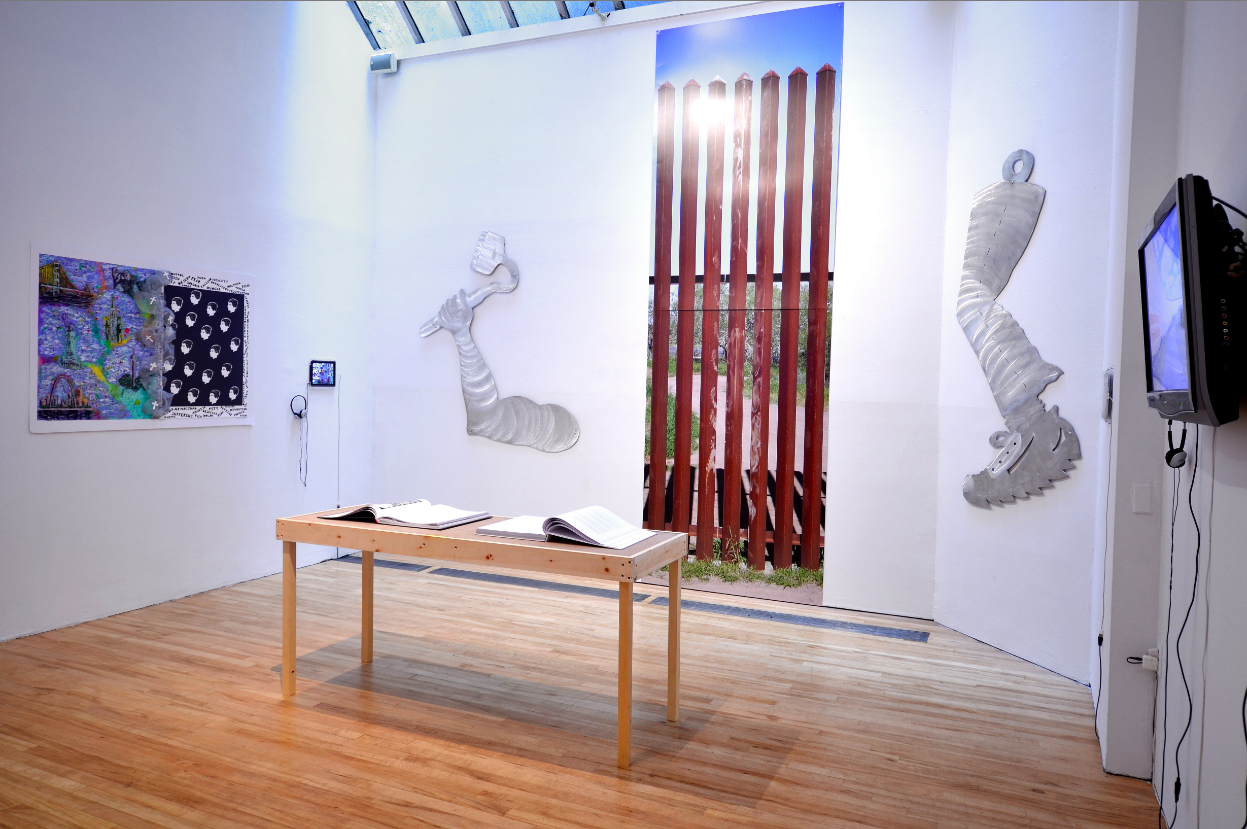 The bilingual exhibit features the works of more than a dozen artists, architects and activists hoping to increase awareness about the effects of the wall on the communities surrounding the border, the immigrants still perilously trying to cross the barrier, and on American policy as a whole, especially in a political climate not lacking in vitriol against immigrants, organizers said.

Some of the photos on display capture what life is like for those who live with a giant metal fence right behind their backyards. Other pieces, like the work of photographer Jason De Leon, document the treacherous border crossing from the perspective of immigrants.

Several installations try to reimagine how the barrier could transform in the spirit of cooperation between the two countries. Architects Ronald Rael and Virginia San Fratello envision a border that could have hiking trails and bike paths, along with solar panels that could generate electricity for surrounding towns and water stations.

The exhibit also features the large metal sculptures of artist Alfred J. Quiroz — pieces that he previously attached to the border wall in Arizona as part of a larger installation. His works on display at Apexart are inspired by Mexican religious amulets, and also bring to light the perilous nature of border crossers’ experiences, as people regularly die in the desert from dehydration, organizers said in a statement. 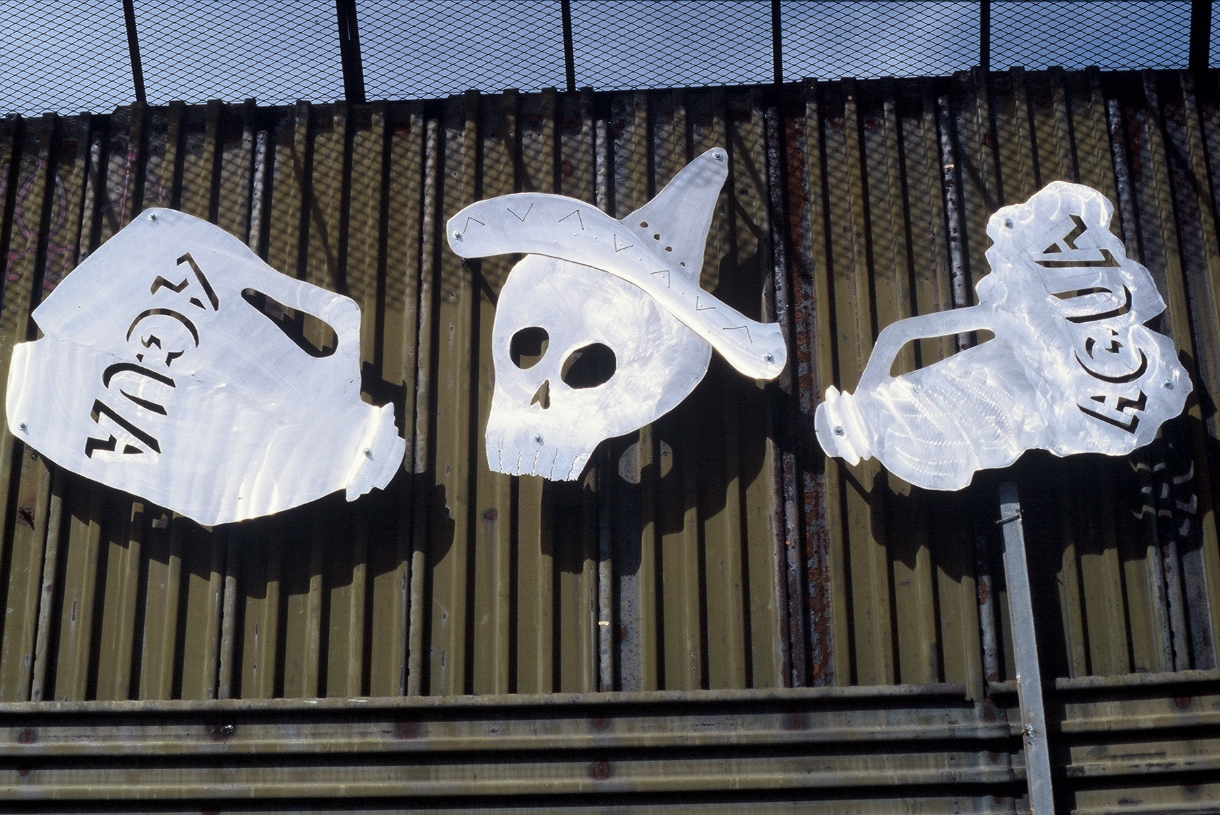 Artist Alfred J. Quiroz's large metal sculptures, once attached to border wall in Arizona, will be on display at Apexart. (Courtesy of Apexart)

The exhibition is organized by Miguel Diaz-Barriga and Margaret Dorsey, both professors of Anthropology at University of Texas Rio Grande Valley.

"In the case of the actual border wall, democracy’s power was constrained; this exhibition allows participants and visitors to imagine alternatives and generate public dialogue about border militarization," Diaz-Barriga and Dorsey said in a statement. "While history offers many examples of building walls to restrict and control people, they crumble. But before they crumble, walls imprison, make legitimate human interaction across political borders illegitimate, and reduce democracy to tyranny.

"We can break down these barriers," they wrote. "De-fence Democracy."

For more information about the exhibition and talks related to the display, visit the Apexart website.

Apexart, at 291 Church St., is open Tuesday through Saturday, 11 a.m. to 6 p.m. Admission to all exhibitions is free. "Fencing in Democracy" is on display through July 30.

SoHa: The New Name Realtors Are Using For a Part of Harlem