PARK SLOPE — The late NYPD inspector who promoted safer streets in word as well as action was honored Tuesday with a bike lane named in his honor.

Officials with the 78th Precinct and Park Slope street safety advocates gathered to hang a temporary sign dubbing the bike lane on Bergen Street between Flatbush and Sixth Avenue the Inspector Michael Ameri Bike Lane after the NYPD inspector, who killed himself May 13. A permanent sign will be installed at a later date.

The FBI questioned Ameri, 44, in late March as part of an investigation into high-ranking police accepting gifts from Brooklyn businessmen in exchange for favors, but he was not considered a target of the probe, officials have said.

Ameri, commanding officer of the NYPD's Highway Patrol Division, was the 78th Precinct's commanding officer from 2011 to 2014. He earned a reputation as a responsive police leader attuned to community concerns, even if they weren't about crime. Ameri was especially sensitive to Park Slopers' worries about pedestrian and cyclist safety.

Ameri won praise from cycling advocates in 2012 when he created the makeshift protected bike lane on Bergen Street out of temporary police barriers. Two years later he got kudos again when he shoveled snow out of the lane. 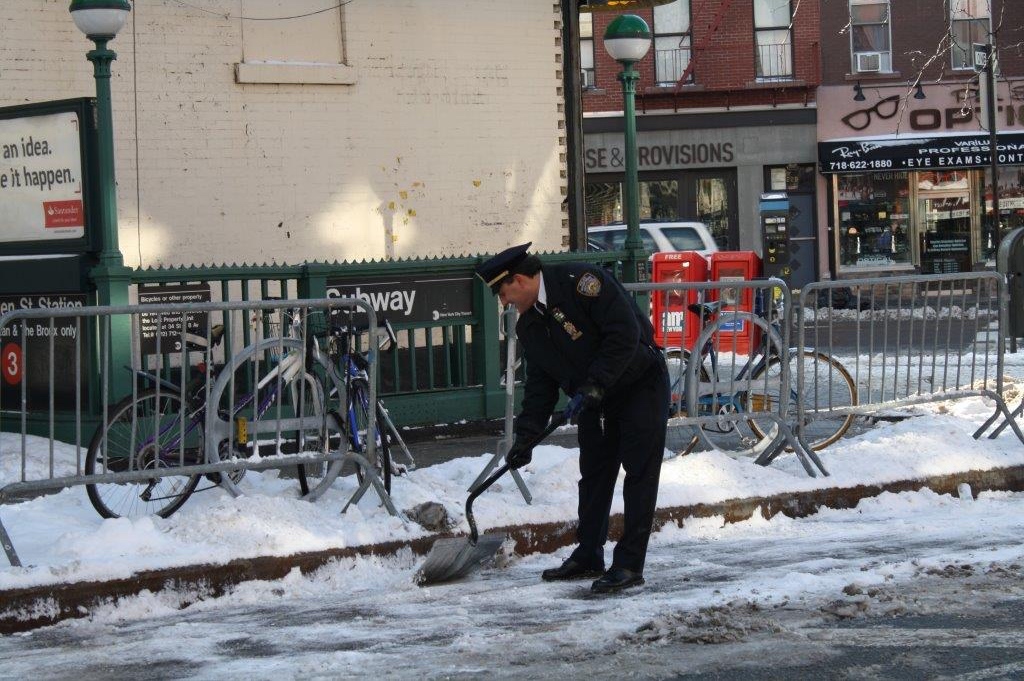 To local street safety advocates, Ameri was a new brand of police commander who managed to forge connections between the NYPD and activists who sometimes clashed with the police. 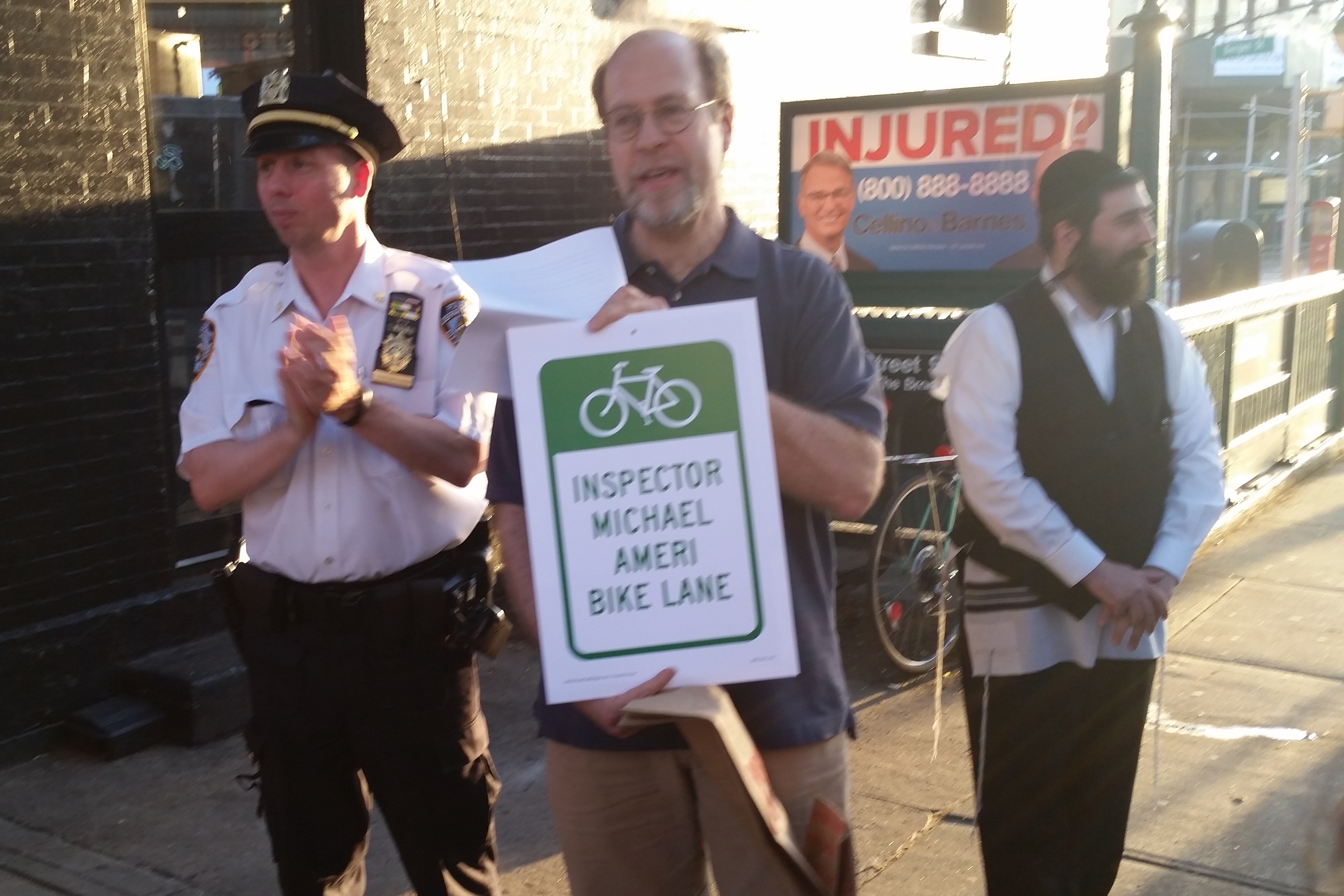 Oltman-Smith had at first butted heads with Ameri over issues such as speeding enforcement, but left the 2014 sit-down gushing about Ameri's embrace of the city's street safety initiative. She wrote that Ameri was so gung-ho about the effort that she suspected the police commander "may have been replaced in his sleep by a young Transportation Alternatives community outreach intern."

Public Advocate Letitia James and City Councilman Brad Lander both praised Ameri on Tuesday as an effective leader who deserved the affection locals and officers alike felt for him.

"This is a very sad circumstance," said New York State Assemblywoman Jo Anne Simon on Tuesday. "We don’t know why people make the choices that they make, but he was someone who had the love and respect of the people at the 78th that he led, as well as the community, and there aren’t many people that can say that."

► RELATED: Suicide of NYPD Inspector is 'Loss for the City,' Say Those Who Knew Him

► RELATED: Another High-Ranking NYPD Official Stripped of Gun and Badge Amid Fed Probe