Four sculptures of gracefully twisting steel have been installed in the park and will be on display for the next year, the Prospect Park Alliance and the Parks Department said Tuesday.

The heavy metal artworks were created by Bronx-born sculptor Carole Eisner, whose monumental art has been featured before in public spaces as part of the Parks Department's Art in the Parks program.

Eisner, a painter and sculptor for more than 45 years, created the sculptures as part of a series over the past decade. They're made of rolled 5,000-pound I-beams and appear simultaneously weighty and lithesome.

They've been installed at heavily-traveled spots in the park to maximize their visibility, Alliance and Parks Dept. officials said in announcing the exhibit.

The 17-foot "Dancer" alighted on the grassy triangle where West Drive and East Drive meet near Grand Army Plaza.

Carole Eisner's "Dancer" is now up in @prospect_park! This is the second monumental sculpture in a series of four that will be on exhibit in the park thru May 2017 Eisner's "Skipper" and "Valentine II" will be installed this weekend @nycparks #caroleeisner #sculpture #publicart #brooklyn #nycparks #prospectpark

The 13-foot "Skipper" is on a green patch just inside the Bartel-Pritchard Square entrance. The heart-shaped "Valentine II" stands on the peninsula in front of the park's lake. 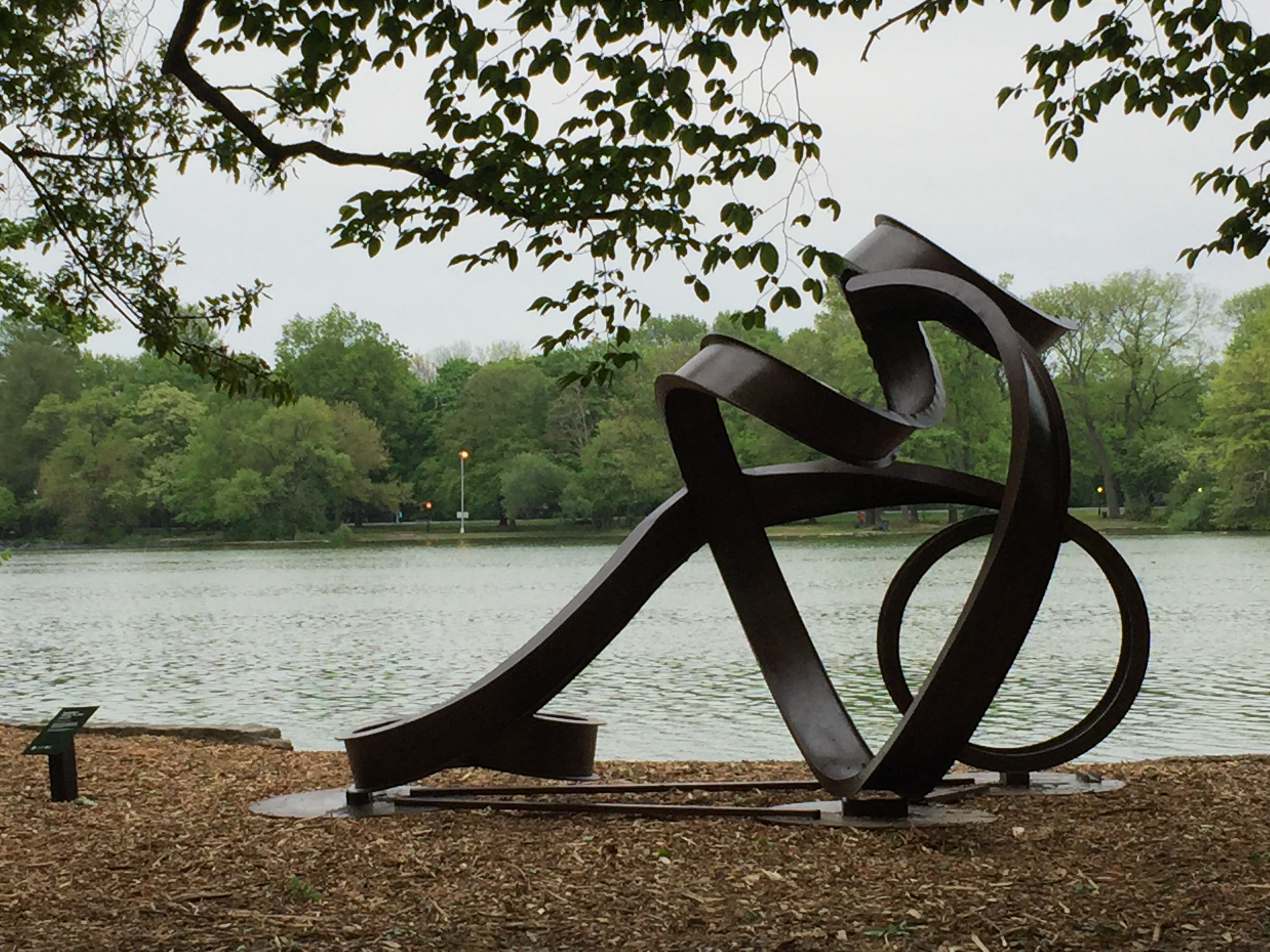 The 6.5- foot "Zerques" will move onto the front lawn of Litchfield Villa on Prospect Park West and Fifth Street. That spot was until recently occupied by "Fat Boy," a sculpture by Leonard Ursachi.

Ursachi asked the Parks Department plan to install a "no climbing" sign after too many kids turned his art into a jungle gym. Early photos of Eisner's works suggest that children are just as attracted to her work. 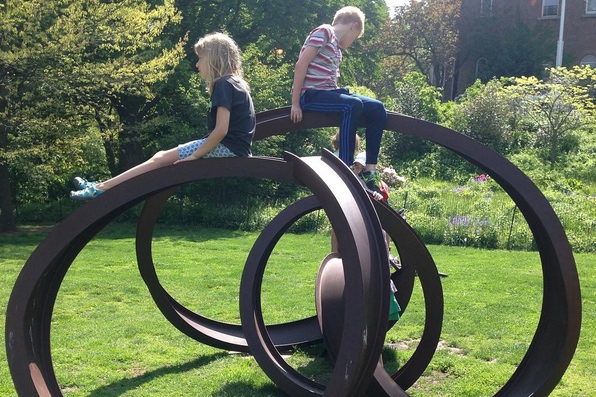