WEST VILLAGE —The Seagull boutique salon has been a staple in the West Village since 1971.

It started as the city's first unisex barbershop and over the decades has grown into a high-end hair boutique. But like many other small businesses in the neighborhood, owners Johanna Fateman and Shaun Cottle have had to contend with rising rents to stay open.

When the time came earlier this year to renew the salon's lease at West 10th Street, for example, they made a rent offer to the landlord.

"He said, 'You're not even close. Don't even bother, you can't afford it,'" said Fateman, formerly of famed riot grrrl band Le Tigre.

So they had to move, and fell in love with the second-floor space at 224 West Fourth St., a building long known for the spy goods store it houses. 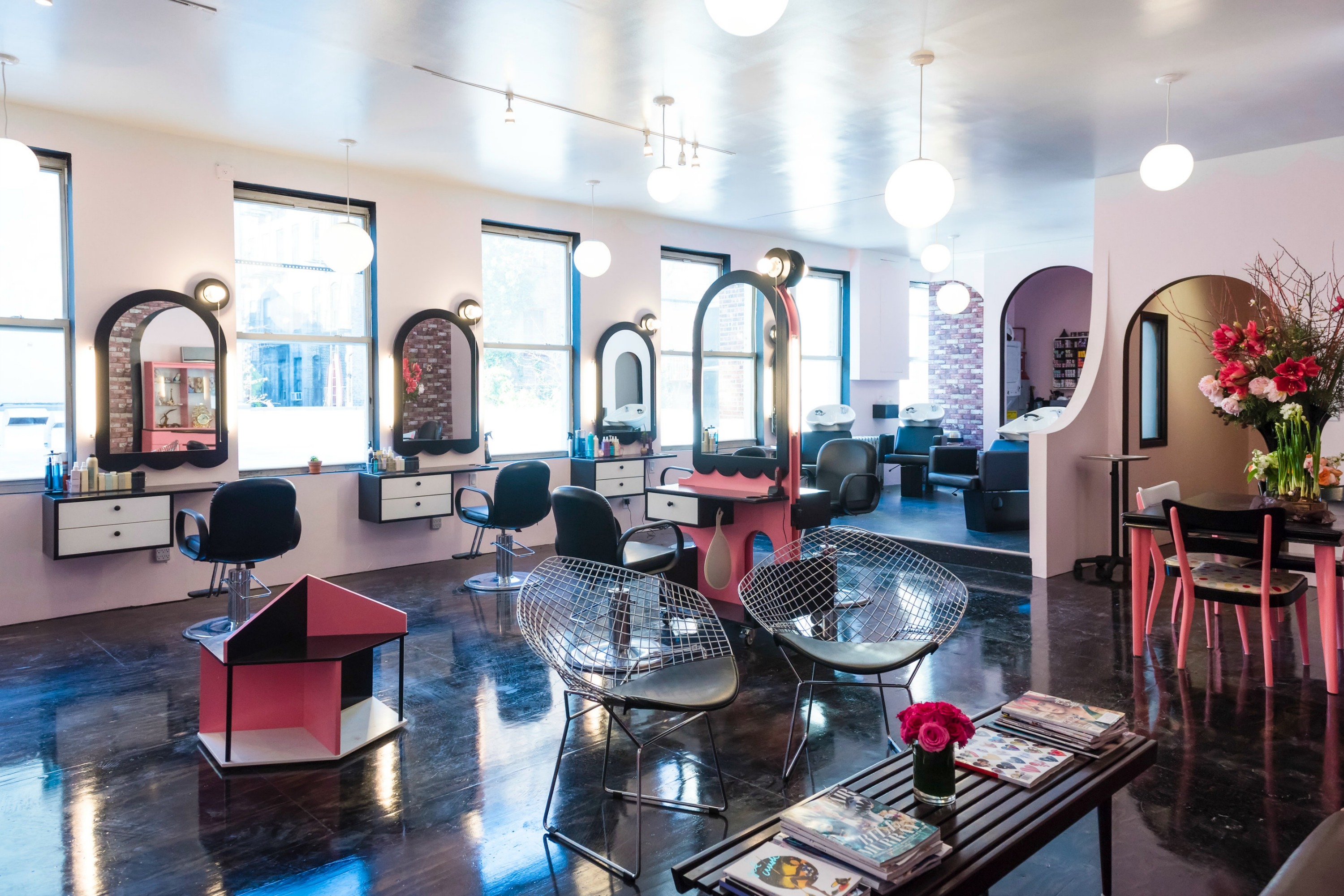 DNAinfo New York sat down with Fateman and Cottle to talk about their fight to stay in the West Village despite sky-rocketing rents, how they've seen the neighborhood and the city change around them and what it means to run a feminist hair salon.

Talk about your commitment to staying in the neighborhood.

JF: It’s sort of ridiculous to talk about gentrification in this neighborhood anymore because it’s, like, the most expensive neighborhood in the city. But there’s this strange paradox where local independently owned businesses are why people want to live in the West Village, because there is McNulty’s [Tea & Coffee] and Seagull. So we’re trying to stay here and find a business model that works, that’s true to who we are but also can work in this climate. We have to constantly kind of go back to square one and be like, how can this work? How can we preserve the legacy of Seagull and its connection to gay liberation in this neighborhood and make something that can generate enough revenue to stay here? It hasn’t always been easy. 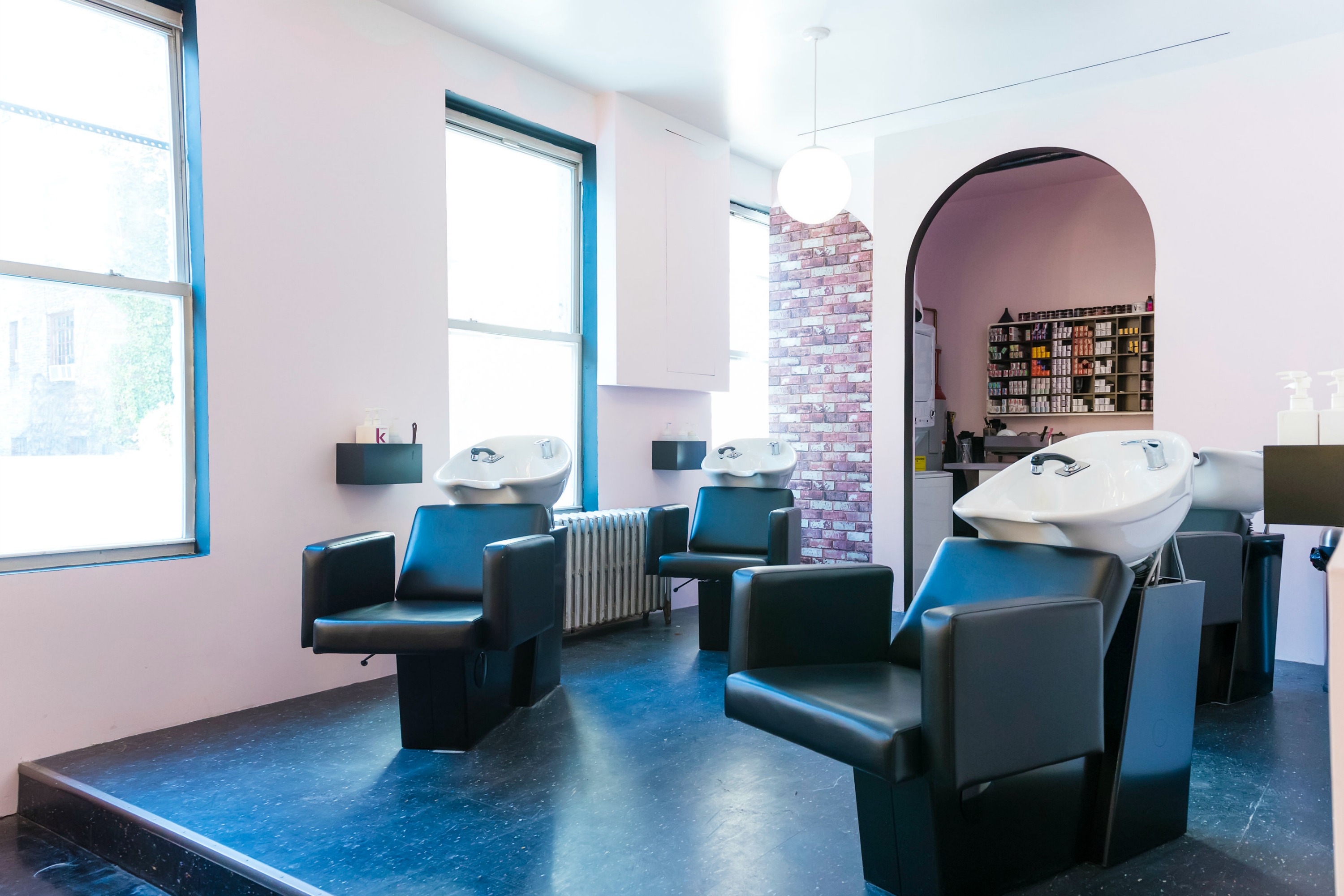 How has the neighborhood changed around you?

JF: I feel a lot of sadness to see these ground floor spaces taken up by these huge bank lobbies and by CVS. It just seems like the square footage is exorbitant and it really affects — the way we walk through this neighborhood is different. In that sense I was sad to leave the ground floor. There was something nice about having the storefront. But at least we’re still here.

SC: The other thing that’s sad that’s happening in this neighborhood is that landlords are like, "You can’t afford it, I want $25,000 a month" and then it just sits empty. It’s like, "Oh, congratulations on the huge profit you’re making." 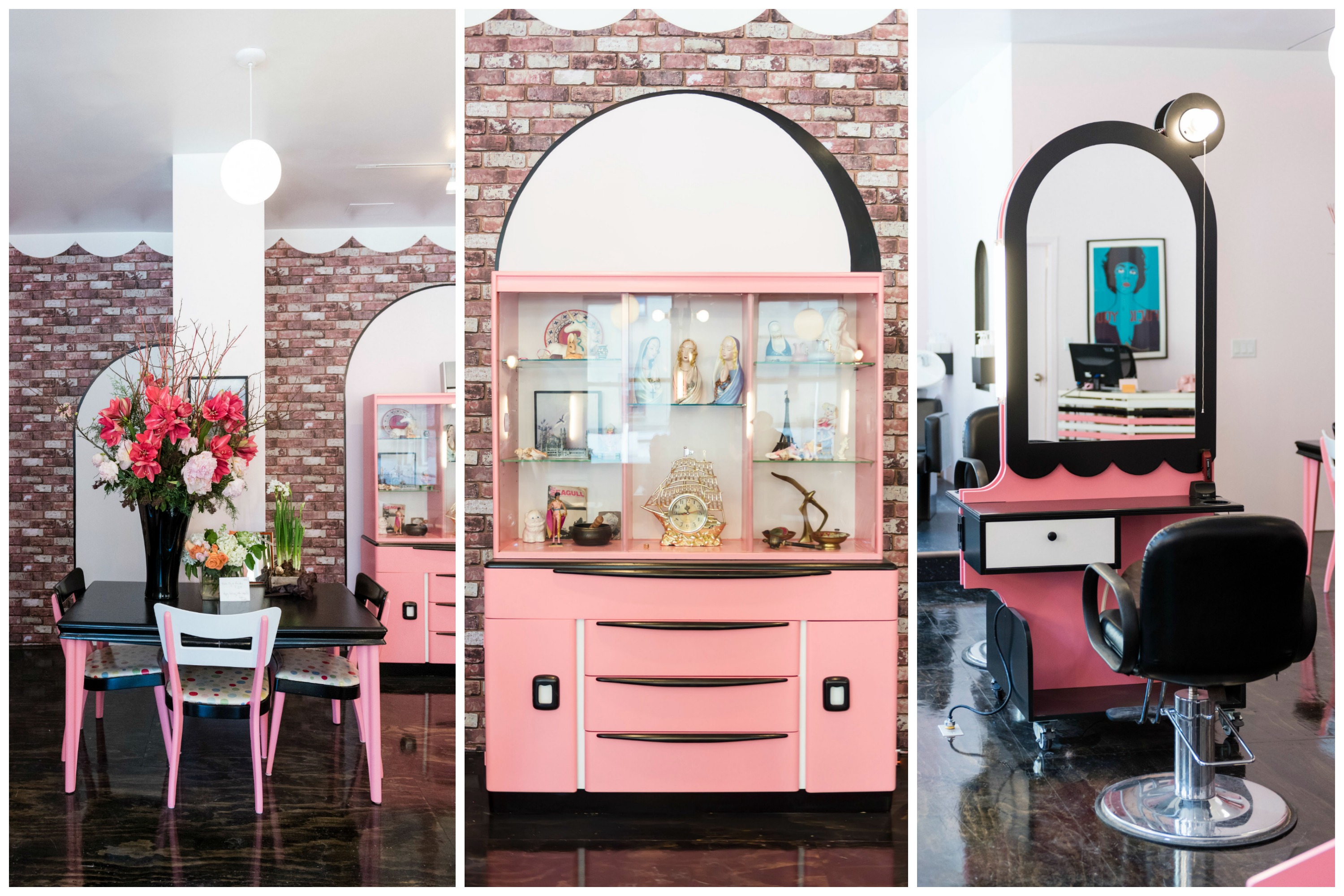 JF: It changed too with the outrage of people who have bought into these luxury buildings, their outrage at the queer youth populations and communities that still hang out on Christopher Street and the Christopher Street piers and still have that as kind of a citywide destination for hanging out. We’ve had some arguments with people about that.

SC: I think the neighborhood is definitely less queer or the queers here are older. But because the queers haven’t died off there's some kind of weird bohemian energy hanging in the air still. I don’t know if it’s the ghost of HIV past or if it’s just like this neighborhood was so much entrenched with that spirit that no matter who moves here it still sort of feels that way.

How is Seagull growing?

JF: It’s been a struggle because we are in a bigger space with higher rent but we’re doing pretty well.

I think we’re actually benefiting in a weird way from the new "everything is free" economy because people just can’t make that much money doing editorial work now [for films or magazines]. They’re expected to do stuff for free, no one has a budget for photo shoots or whatever, and I think that a lot of really creative people who have that brain and vision for editorial work are figuring out how to translate that into a salon environment. We’re getting really amazing people who want the stability and community of a salon as opposed to just being in the freelance shark tank forever.

SC: We have queer people, we have trans people. It's a good mix of people of color, gay, whatever. It includes the best and the brightest as well as the most talented people who exist out of the box but also understand the need for professionalism and grace.

JF: Our next thing is to have feminist, all-gender-friendly laser services for hair removal, beauty treatments, skin resurfacing. We feel like there’s a real need for those kinds of services out of the context of the normative beauty regime — and for people who do want normative beauty things to happen with their body but just want to be in kind of a cooler environment, not have to go to Midtown, and just be part of the friendly environment here.

I want my face to look as normatively young and refreshed as possible — in the most feminist way possible. 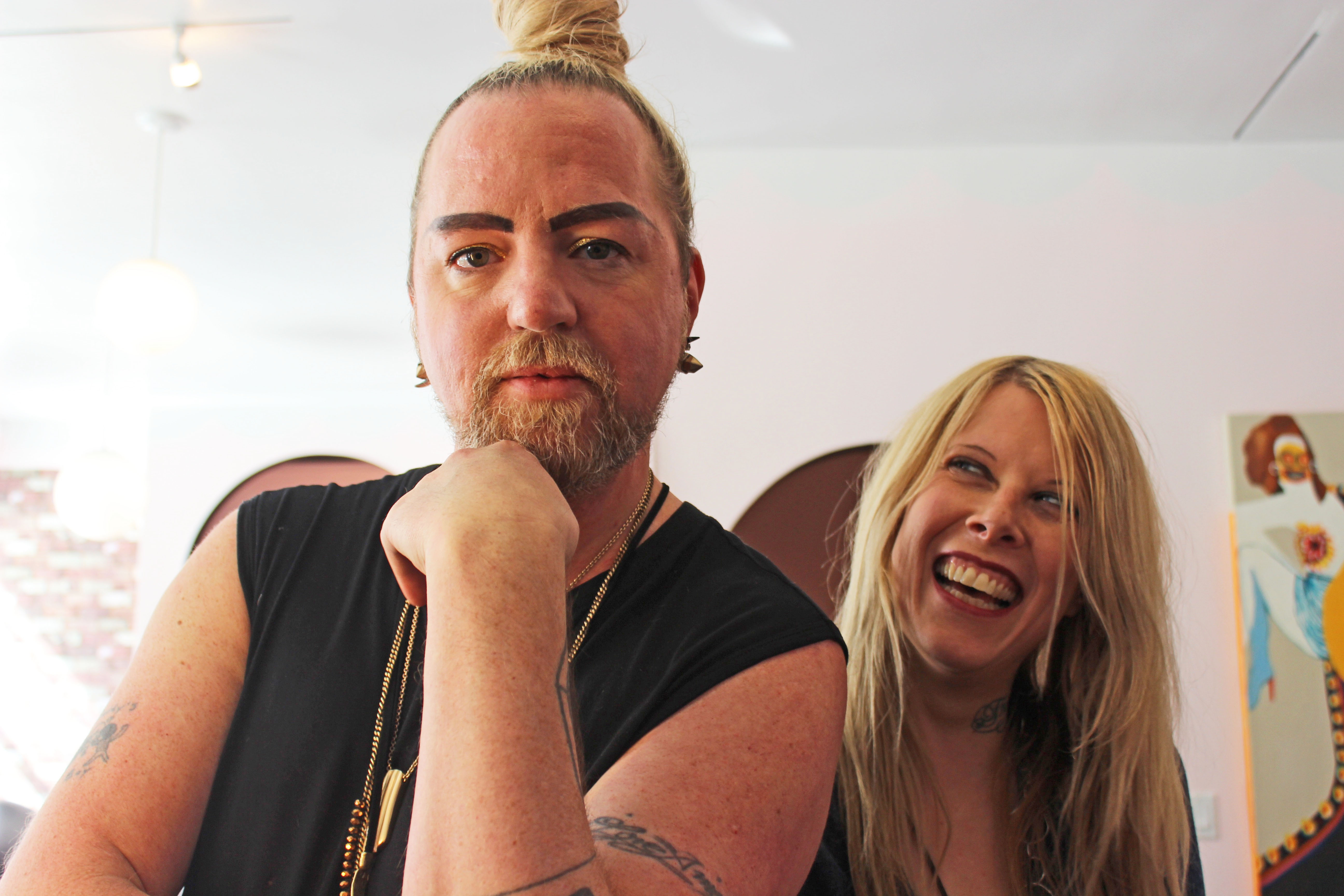 What does it mean to be a feminist salon?

JF: I think that the way in which it’s feminist for me and probably for Shaun, too, is in the sense that we come from like this punk feminist culture, DIY culture that’s very irreverent towards expertise. And we were like, "We can do it. No, we don’t know how to run a business but we can figure it out."

Our feminism is also about paying living wages to our employees and making a sustainable small business where we can employ people and allow them to be their selves and express themselves on the job and pursue their other creative projects and have flexible schedules.

SC: In terms of it actually being a feminist salon as far as beauty goes, one of the things I’ll often say to women if they’re like, "I have a really high forehead so I feel like I can’t do xyz," I’m like, "Okay, well, I don’t see that as a stylist but if that’s how you feel there’s ways to address that. But that’s not a concern of mine that’s jumping out at me."

JF: Also what’s wrong with having a big forehead or a fat face or a long skinny face?

SC: Yeah, we should exaggerate it. If you want to look really fabulous in New York, maybe we should do the thing of taking your flaw and exaggerating it. Let’s take your round face and make a bob at your cheekbones.

All of our stylists first and foremost are very, very, very specific about not imposing any specific style onto any one person. We really listen. Like, what do you want to present? Who are you? Do you want to be blond? People don’t take women with blond hair as seriously as women with brown hair. Do you want to be taken seriously? Do you want to be able to sneak your ideas through the office because you’re blond? Because we could do that. Pulling out of women who they want to be in the world and then trying to bring that to fruition. That, to me, is the most feminist thing that I do in the salon everyday.