The 118-unit residence at 1875 Atlantic Ave. and Columbus Place, near Herkimer Street, is slated to have parking spaces for bikes and cars, a laundry room, and indoor recreational space, according to permits filed with the city.

Architecture firm StudiosC designed the space with different shades of gray, along with brick, wood, and stucco and indentations in the building to break up its large volume, said principal architect Carolina Escobar.

The windows along the building’s corner feature a “3D” look, Escobar added.

Inside, undulating wood panels line the lobby’s walls and hallways, and geometric shapes can be found throughout. Renderings were first reported by real estate site 6sqft. 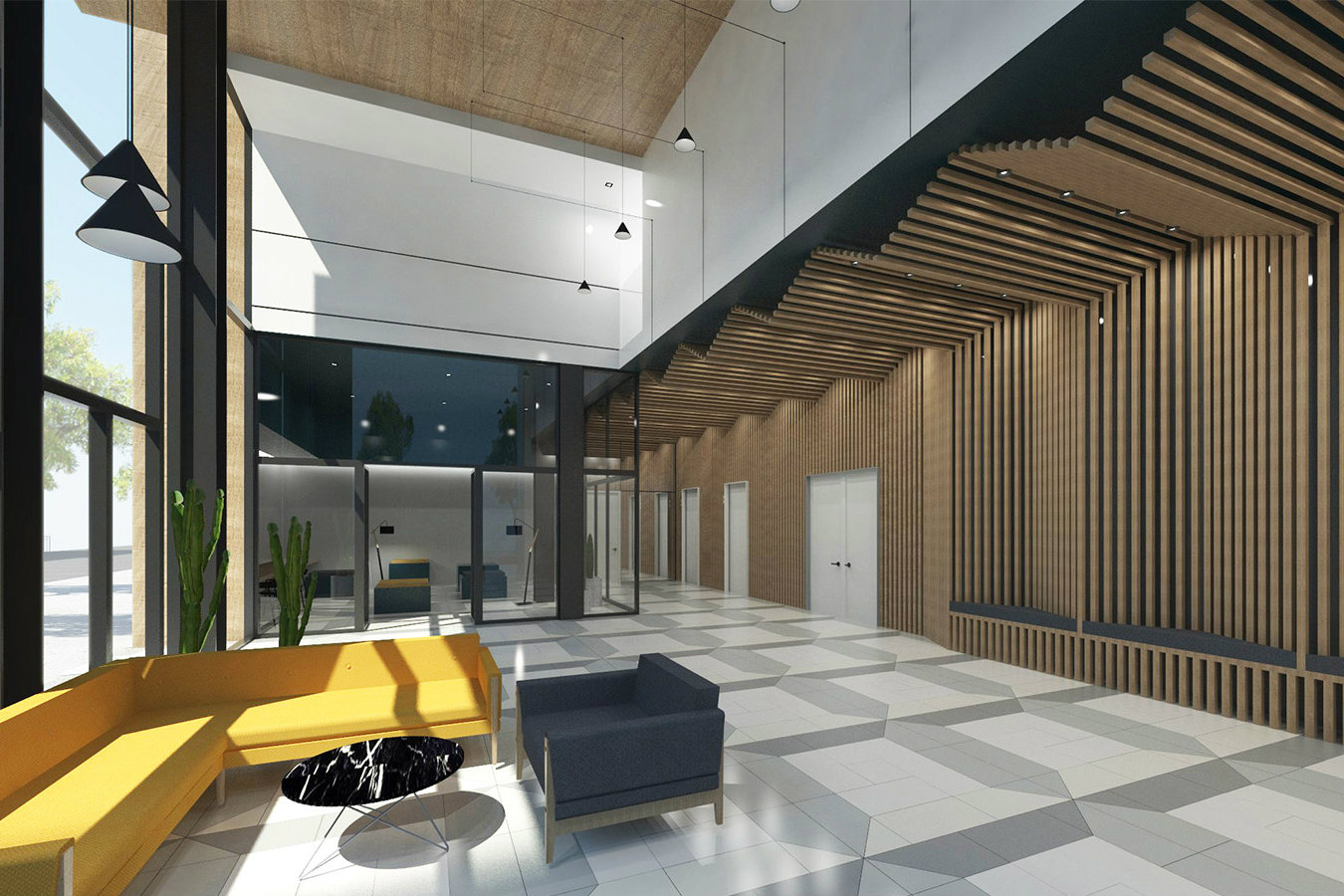 “This area is changing a lot, and Atlantic Avenue is a very busy connector,” Escobar said. “We wanted to bring a cool feel with modern geometric shapes.”

The property, which formerly housed a warehouse, was sold to 1875 Atlantic Ave. Development LLC for $7.3 million in June 2015, city records show.

A representative for Velocity Framers USA Inc., listed as the owner on permits filed, could not be immediately reached for comment.

The building is expected to be completed in Spring 2017, according to StudiosC.

Jamaica Park a 'Disaster' Strewn With Litter and the Homeless, Locals Say