Cyclist Killed in Park Slope Crash by Truck Not Allowed on Road: NYPD

By Leslie Albrecht |&nbspApril 20, 2016 9:36am | Updated on April 20, 2016 1:16pm
@ReporterLeslie
Twitter Facebook Email More
A male bicyclist was killed after he was hit by a vehicle at Sixth Avenue and Sterling Place on Wednesday morning, authorities said.
View Full Caption
DNAinfo

PARK SLOPE — A 33-year-old man riding a bike died Wednesday morning after colliding with a tractor-trailer on a street where trucks aren't allowed, authorities said.

James Gregg of Park Slope was riding southbound on Sixth Avenue near Sterling Place alongside a tractor-trailer that was also moving southbound, according to a preliminary investigation, police said.

Gregg "collided into [the] rear tire of the tractor trailer," the NYPD said.

According to the Department of Transportation's maps, Sixth Avenue is not a truck route.

Emergency workers responded to a 911 call made at 7:59 a.m. about a male cyclist in cardiac or respiratory arrest at the intersection, an FDNY spokesman said. Emergency personnel pronounced Gregg dead at the scene, the FDNY said.

Police said officers responded to a report of a cyclist struck at 8:08 a.m. and found Gregg lying in the street with trauma to his body.

The truck driver, 47, remained at the scene of the crash, police said. The NYPD's Collision Investigation Squad was still investigating the crash as of Thursday afternoon, police said. 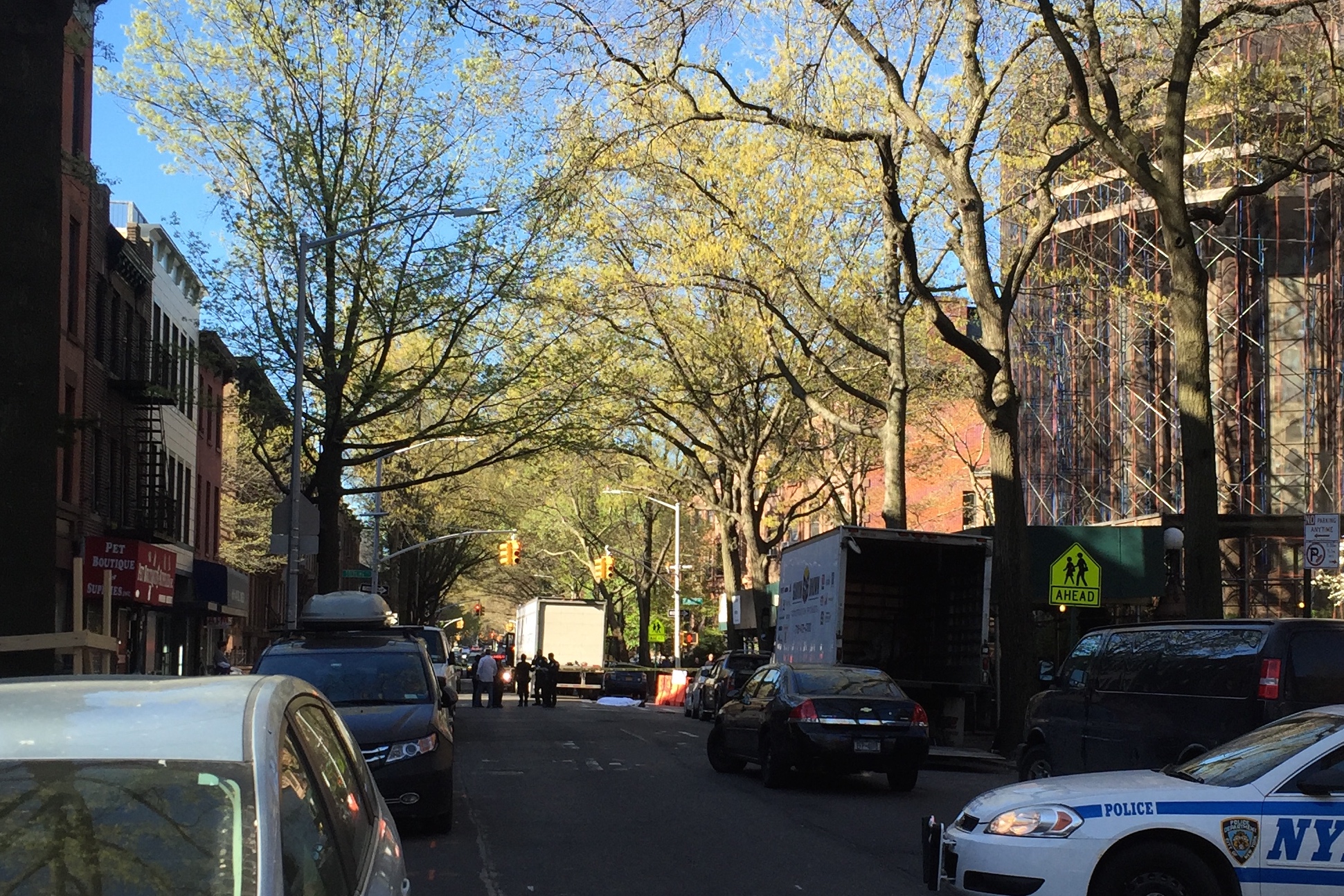 Local resident Rob Underwood tweeted a photo of the aftermath of the crash and noted that Sixth Avenue is not a truck route.

Underwood and other locals said trucks have long been a problem in the area, which is near P.S./M.S. 282. Underwood made a video in 2012 of a truck blocking traffic near the school.

Local police at the 78th Precinct also commented on Twitter about the crash.

So disturbed about cyclist fatality on Sterling and 6 th this morning.As facts emerge I will share them with community.

5 Things to Know Before Renovating Your Apartment