Raccoon Lodge Keeps Slinging Drinks Before Its Building Is Torn Down

The beloved TriBeCa dive bar, initially slated to close in January because its building is being torn down and turned into a condo, has quietly kept slinging drinks over the past few months.

The 57 Warren St. bar is one of several longtime businesses along a block of West Broadway being forced out for an impending luxury tower.

All of the other small businesses have already closed down, with one exception: strip club New York Dolls, at the other end of block, is still going, too.

They'll have to be out "soon," said longtime bartender Eleni (who declines to give her last name because she "likes to stay a little anonymous") — though they haven't given an official close date yet.

In the meantime, the bar has managed to make it to its 34th anniversary in the space. 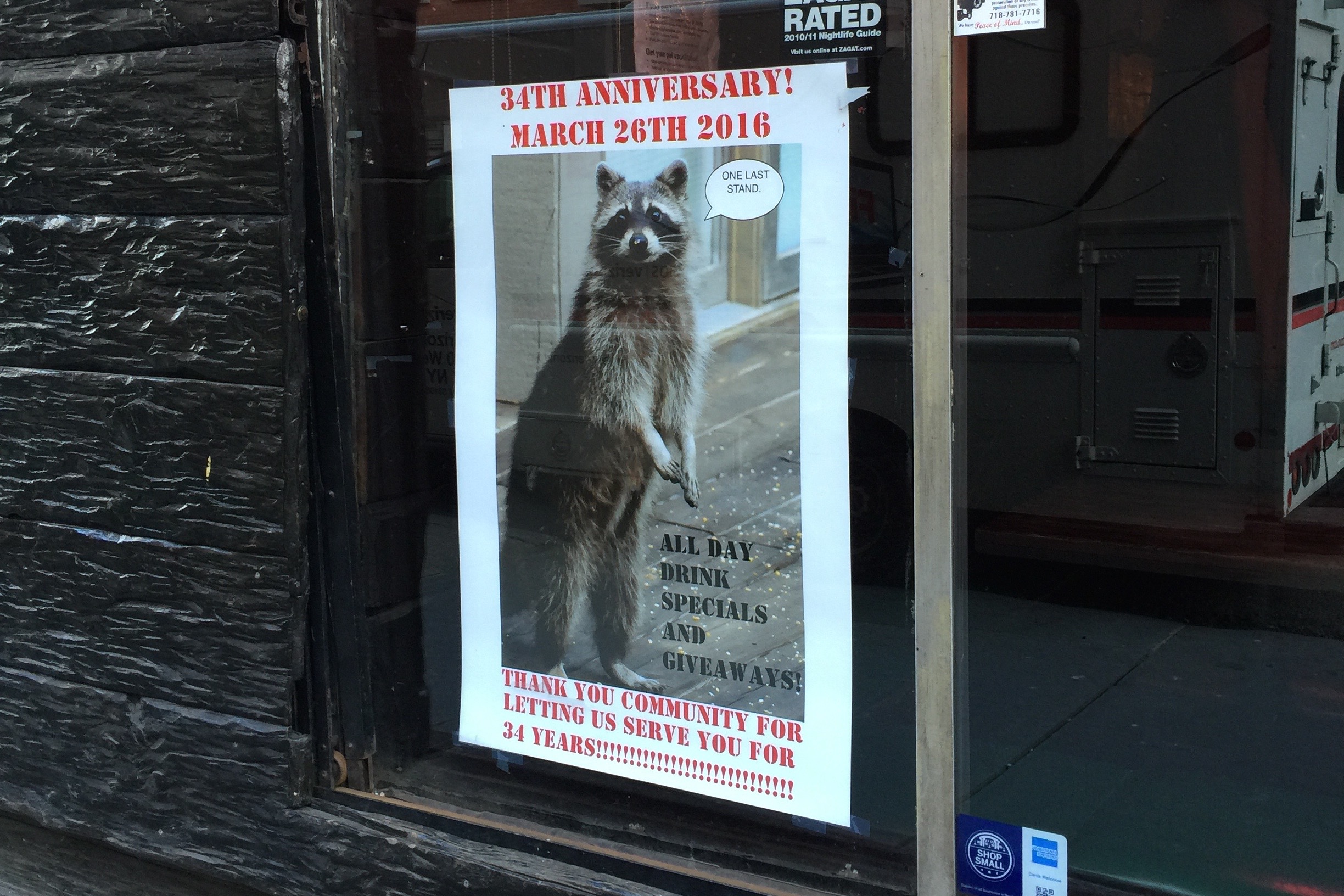 The bar will be celebrating on Saturday. So, here's your chance to drink, maybe for the last time, to a storied bar with a giant moose head, neon signs — and a very loyal clientele.