By Danielle Tcholakian |&nbspMarch 22, 2016 3:35pm
@danielleiat
Twitter Facebook Email More
Security and police attempt to escort protesters from the balcony at the city hall chambers during a vote on the mayor's rezoning plan on March 23, 2016.
View Full Caption
DNAinfo/Katie Honan

CIVIC CENTER — A protester was injured struggling with security officers during the City Council's vote Tuesday on the mayor's controversial citywide rezoning proposals.

The Council was poised to approve the mayor's plans, which have come under fire from community boards, preservationist groups and affordable housing advocates, when a group of protesters interrupted the vote.

Brooklyn Councilwoman Inez Barron was explaining of her vote against the mayor's proposal when the group started yelling. The Council hearing had to stop entirely when security officers attempted to remove the protesters during Councilwoman Margaret Chin's attempt at an explanation of her yes vote.

"We are fighting to keep the people who elected you in this city, don't turn your backs on us," members of the group yelled.

One protester screamed that someone was breaking his arm, and another appeared to be crumpled on the floor behind the balcony.

That protester turned out to be injured.

Speaker Melissa Mark-Viverito announced that an ambulance was coming for him. She then went upstairs to sit with him.

The protester was removed by EMTs in a wheelchair, with an oxygen mask over his face.

A Council spokeswoman said the protesters had superglued their hands together, making it difficult for security to remove them, but that could not be independently confirmed, as they refused to allow reporters contact with the protesters.

The protestor was brought to an ambulance out of a side entrance of City Hall, which reporters were barred from entering. 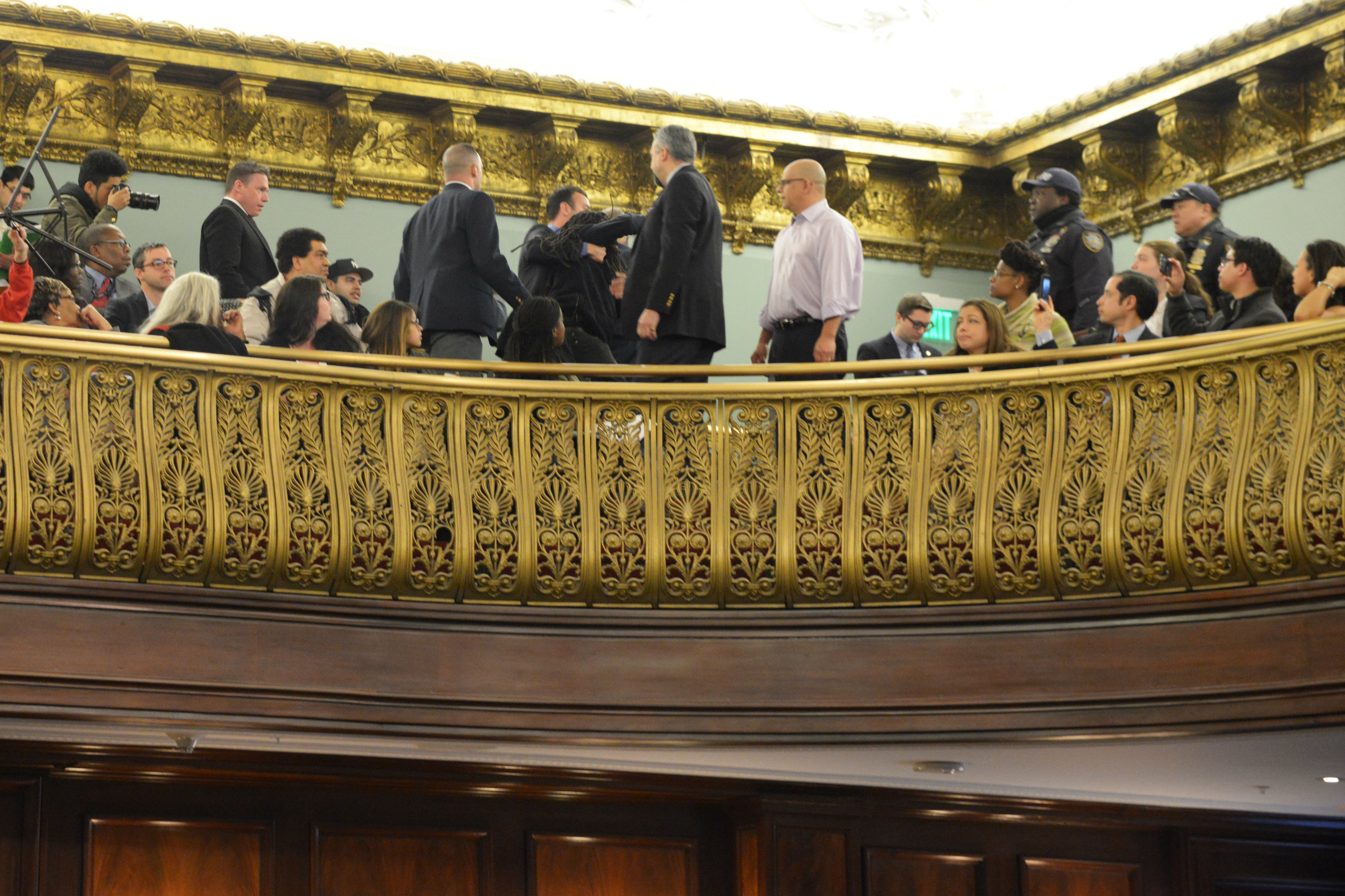 A man is grabbed to be escorted off the balcony at the City Hall chambers after protests during a vote on the mayor's rezoning plan. (DNAinfo/Katie Honan)