By Irene Plagianos |&nbspFebruary 12, 2016 1:49pm | Updated on February 15, 2016 8:42am
@IrenePlagianos
Twitter Facebook Email More
City Vineyard will is slated to launch on May 1.
View Full Caption
Coutesty of City Vineyards

TRIBECA — The long-awaited restaurant on refurbished Pier 26 is pushing ahead towards its May 1 opening, owners said.

Called City Vineyard, the 1,150-square-foot eatery, inside the massive glass-encased boathouse at N. Moore and West Streets, is run by the owners of City Winery — a restaurant, wine bar and concert venue in nearby Hudson Square.

The large, picturesque space will have about 20 tables for dining, as well as roof top seating with 30 bar stools for their "wine garden," according to the liquor license application. 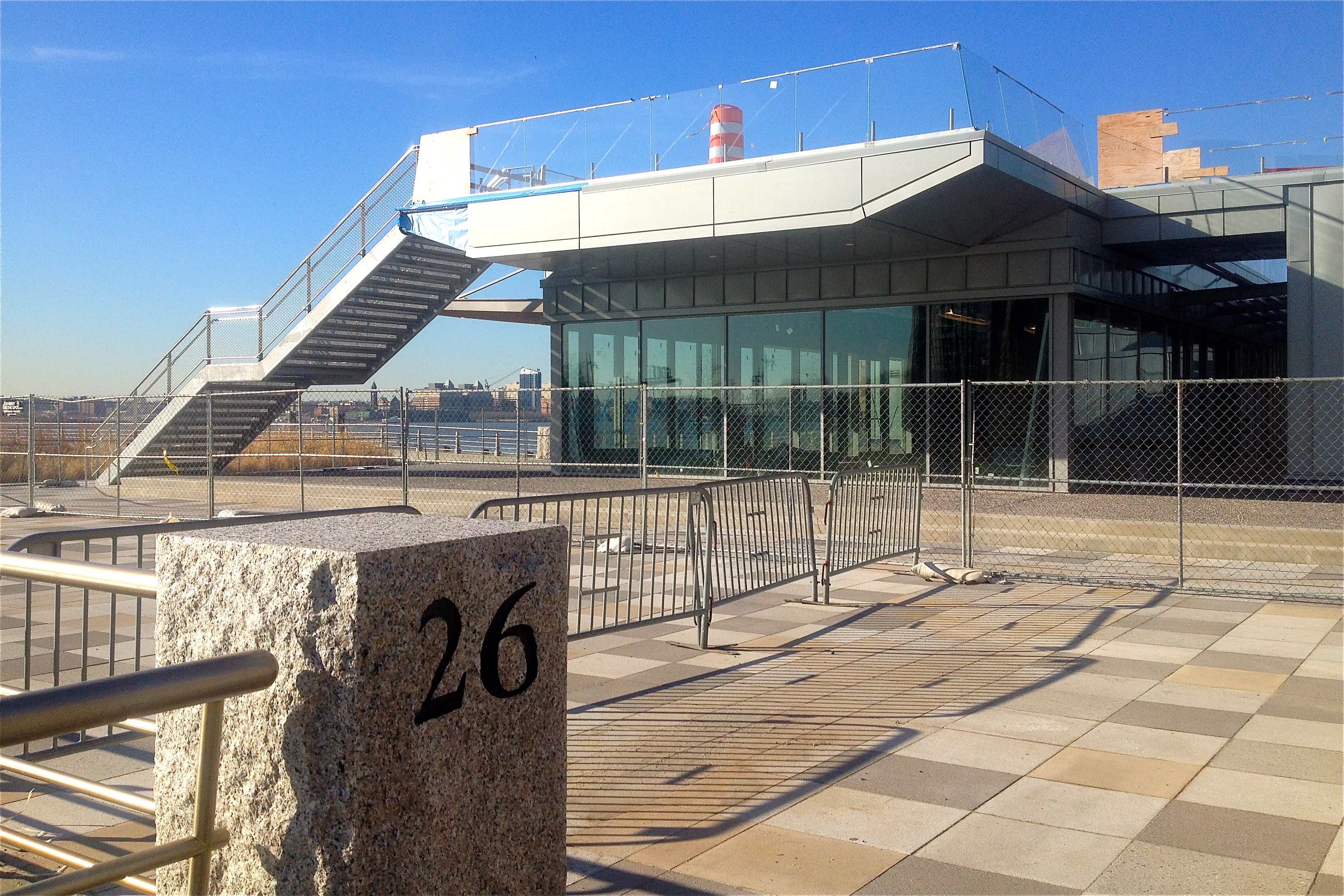 The boathouse on Pier 26 will soon start construction for City Winery, set to open May 1.

Community Board 1's TriBeCa Committee gave its support for the restaurant's liquor license, even asking it to stay open later than the requested 11 p.m. closing time — an usual move for the board.

The reasoning for the later closing, 12:30 a.m., some members said, was to make a somewhat desolate area across the West Side Highway feel safer.

"The later people are at that restaurant, the better for security in the park," said Bob Townley, a CB member whose organization Manhattan Youth runs concessions at neighboring Pier 25's volleyball court and mini-golf area. "So if someone in summertime wants to have a glass of wine or even seltzer at 12:30, it brings more people to the park."

The eatery agreed to the later closing.

The restaurant is one piece of a larger overhaul for the pier.

A long-planned maritime education center, called an estuarium, as well as a public park, are in the works for the now mostly empty pier that was rebuilt several years ago.