QUEENS — A new proposed development which could replace the Forest Hills’ "Restaurant Row," would feature glass walls and a green roof for residents, according to renderings presented at a heated Community Board 6 meeting on Wednesday night.

The controversial plan seeks to build a 12-story building at 107-18 70th Road replacing a 1-story complex which houses several restaurants, including The Grill, Cabana and Moca Asian Cafe.

The building would be designed by Anthony Morali of Morali Architects, who also designed the Aston building, a luxury condo located on Queens Boulevard, less than two blocks away from 70th Road.

The two buildings, Morali said, would have certain similarities, including “some [Art] Deco elements," and multiple setbacks instead of a flat facade. 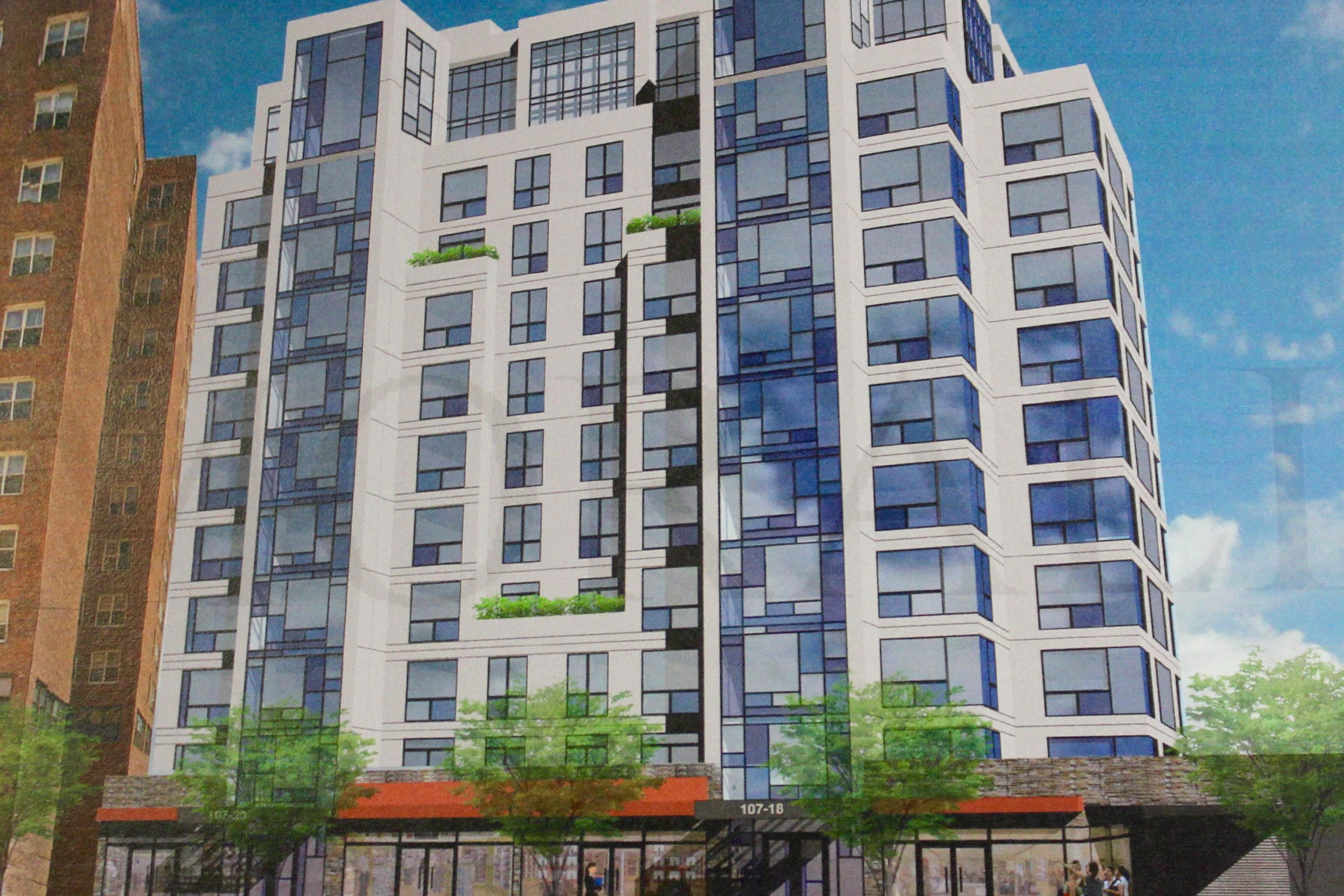 Currently, the developer can build up to roughly 80 feet, according to Adam Rothkrug, an attorney for the developer.

But the developer will be seeking a special permit from the city to build a 120-feet-tall building instead. In order to do that, the company is planning to use the currently unused development rights linked to another lot that belongs to the same owner. That 2-story property, at 70-49 Austin St., houses CityMD Urgent Care.

The development would also feature commercial space on the ground floor and a subterranean garage with about 60 parking spaces.

Although the developer has not yet filed any paperwork with the Department of Buildings, the plan has already sparked controversy among local residents and business owners who said they don’t want to lose their restaurant row, which in the summertime boasts numerous outdoor cafes.

Rothkrug said Wednesday that the developer is planning to bring restaurants back to the building but acknowledged that they may not be the same eateries that are currently on the block.

He also pointed out that the company has owned the property since 1985 and have been “instrumental in the development of restaurant row.”

Despite his reassurance, numerous residents spoke against the project.

Oleg Kaz, the owner of The Grill, which launched about 2 years ago, said he invested more than $600,000 to open the restaurant. “Now it’s going to be all gone," he said. "We have families, we have kids to support."

“It’s not going to just kill restaurant row,” said Nico Bernuth, who sits on the Board of Directors at the adjacent Lane Towers. "It’s going to kill the neighborhood."

Walter Weis, also a resident at Lane Towers, worried that the area will lose its character.

“These restaurants bring certain charm to our community,” he said.

Other residents expressed concerns that the project would increase congestion in the already busy area and contribute to overcrowding at local schools.

Earlier this week, locals launched an online petition on Change.org against the project, which as of Thursday afternoon had gathered more than 1,200 signatures.

Rothkrug said the company hopes to build the development within 3 years.

CB6 will at some point vote on the proposal. 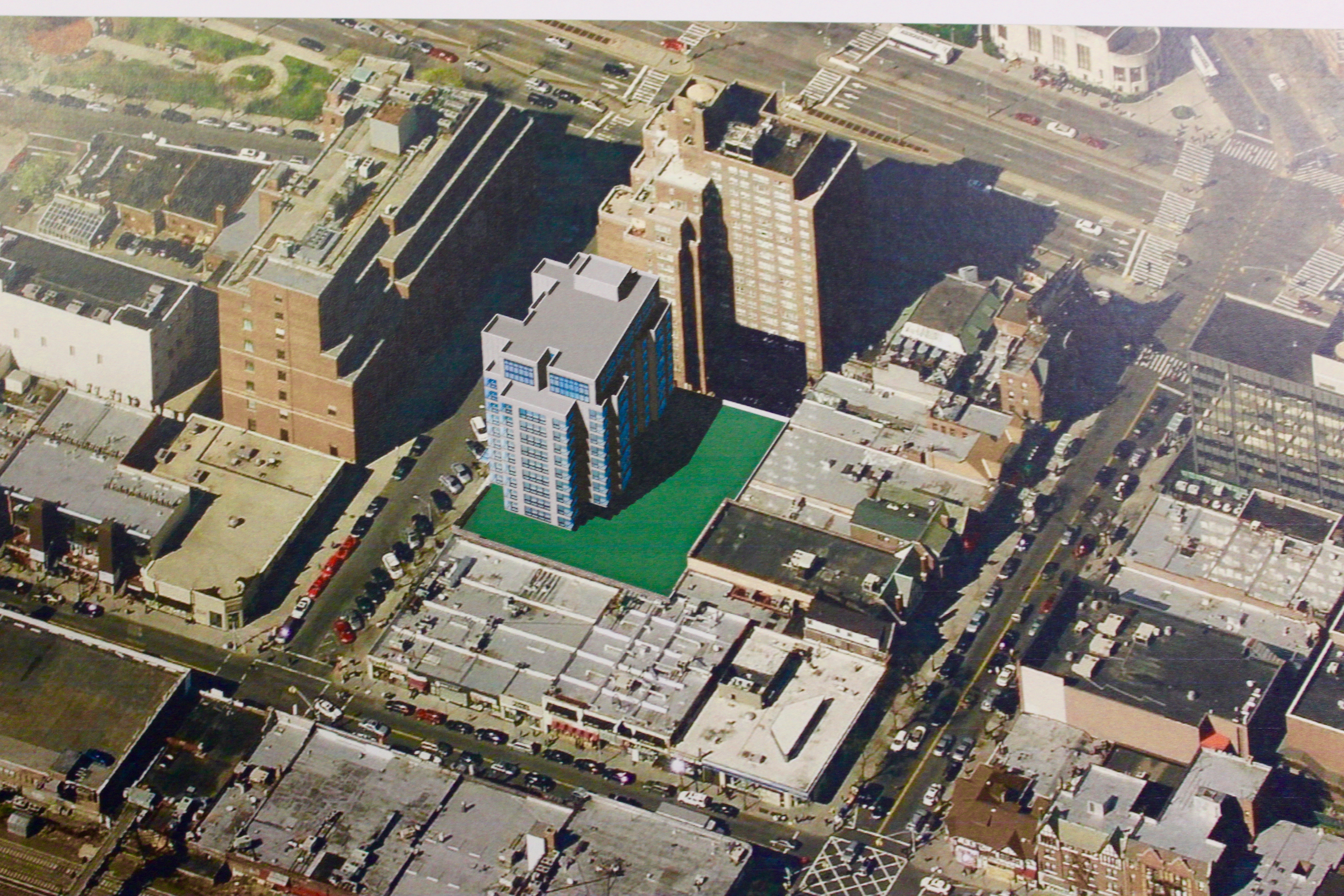 Suicide Rate Is on the Rise in NYC