LOWER MANHATTAN —  A U.S. holiday once celebrated with more fanfare than the Fourth of July is finally getting the modern day recognition it deserves, supporters say.

After some initial resistance, the City Council voted earlier this week to co-name Bowling Green in Lower Manhattan "Evacuation Day Plaza." The sign is a tribute to Evacuation Day, the holiday that commemorated the last British troops shipping off from The Battery in Lower Manhattan on Nov. 25, 1783, ending Britain’s occupation during the Revolutionary War.

For decades, historians said, the holiday was feted with huge parties across the country — but by the early 1900s, Evacuation Day had been eclipsed by Thanksgiving.

More recently, the Lower Manhattan Historical Society, led by Arthur Piccolo, had been trying to revive, or at least give proper recognition to Evacuation Day, pushing for the co-naming sign.

George Washington triumphantly marched through Lower Manhattan to Bowling Green on Nov. 25, 1783, after a U.S. soldier managed to rip down the British flag at Bowling Green and replace it with the Stars and Stripes — an apparently tough feat since the British had greased the flag pole. The last British troops sailed away from Lower Manhattan, ending seven years of occupation. 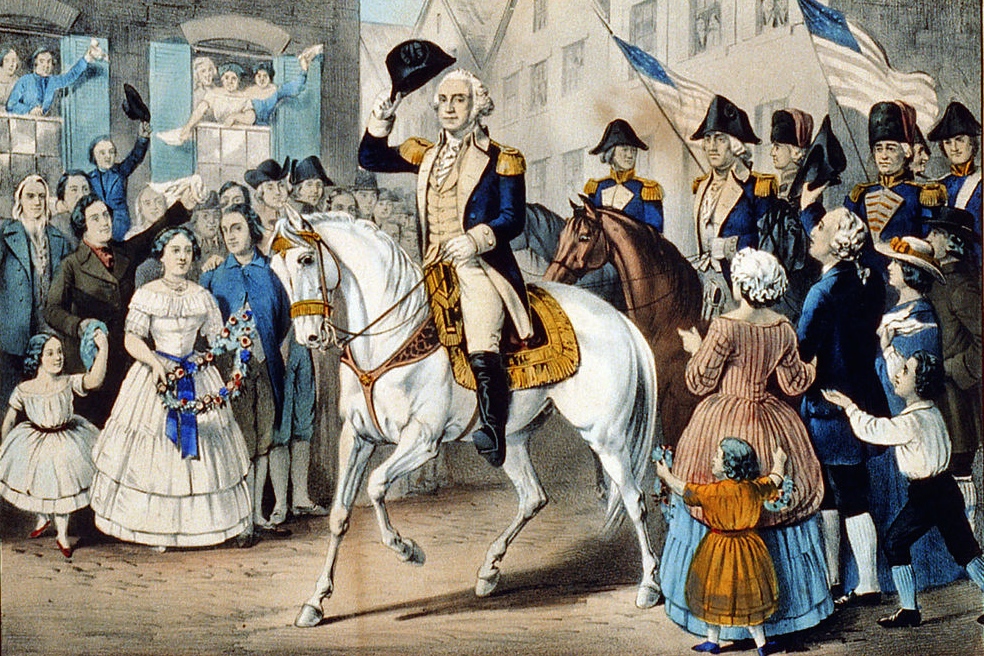 While the historical significance was on Piccolo's side, the unfortunate name of the holiday did not exactly help his case. When Piccolo first presented his co-naming initiative to Community Board 1 last September, the proposal was met with mixed reactions. In a neighborhood scarred by 9/11, "Evacuation Day" didn't exactly sound like a cause for celebration.

But CB1 members, and Lower Manhattan's City Councilwoman Margaret Chin, were persuaded by the importance of the day to New York and American history — and backed a co-naming, as long as the date Nov. 25, 1783 also appeared on the sign, which it now does.

Even with the support of Chin and local leaders, the co-naming was first met with resistance in the City Council. The proposal was initially disqualified for a vote in City Council, reportedly because street co-namings usually honor individuals or groups — though names like  “Diversity Plaza” in Queens and “Ragamuffin Way” in Brooklyn were on the list for approval.

City Council backtracked, however, from its January decision to take the Evacuation Day Plaza sign out of the running after criticism mounted, and earlier this week, the sign won approval.

"Council Member Margaret Chin's determination to make sure Evacuation Day Plaza would be approved by the City Council made all the difference and everyone who cares about Lower Manhattan and New York City should applaud her for doing so," said Piccolo in a statement. "I would also like to thank her Council colleagues and the Speaker for ensuring that this important day in New York City history will never be forgotten.”

Supporters are hoping to put the sign in place on Feb. 22 — the anniversary of George Washington's birthday.