A furniture company owner with big dreams is turning an 112-year-old brick warehouse into a 550-seat restaurant overlooking the heavily polluted Gowanus Canal.

Alex Donskoi is transforming a former ice factory into a Venetian-inspired culinary destination with rooftop dining. One day, when the notoriously polluted canal is clean, Donskoi even imagines having a free "Venetian taxi" to ferry Manhattanites from Chelsea Piers to his restaurant for dinner out in Brooklyn.

"My dream is that this is going to be Venice, and it should be," Donskoi said, standing a few feet away from the contaminated waterway. "How beautiful will it be when the canal is clean?"

The cleanup could take more than six years, so Donskoi's grand vision is a way off, but he's used to waiting. He's been squirreling away reclaimed wood for 18 years with the idea of using it to decorate his restaurant. The old beams now sit in 5-foot piles under blue tarps inside his warehouse at 421 Bond St., near Fourth Street.

The out-of-the-way block dead-ends into the canal and doesn't get many visitors, unless you count the trucks from a nearby concrete plant that thunder past every few minutes. That will change fairly soon. A 700-apartment development is slated to open at 363-365 Bond St. this year, and a 734-apartment complex is planned nearby on Smith and Fifth streets. 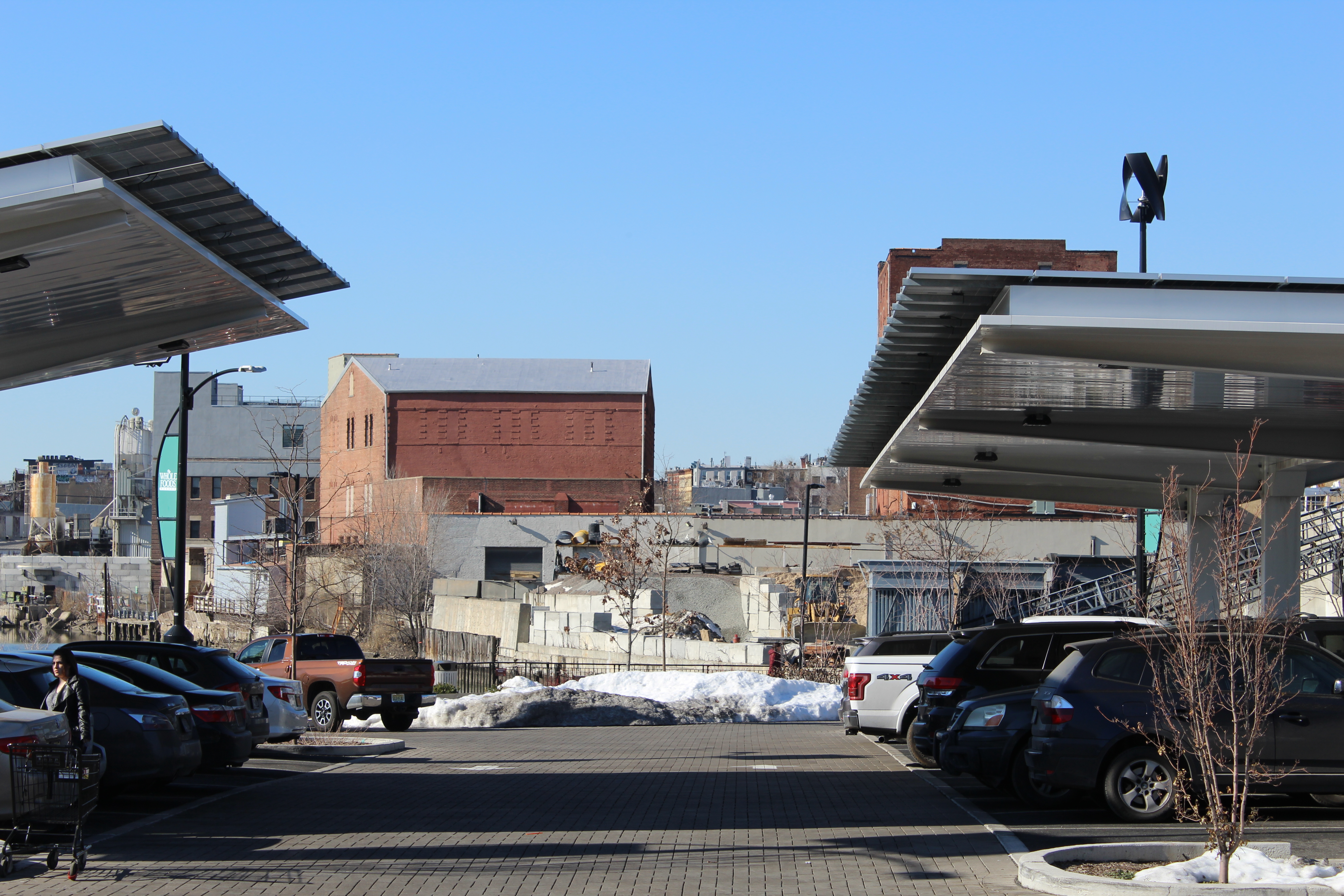 A view of 421 Bond St. from the parking lot of the Gowanus Whole Foods.

Donskoi hopes to soon welcome customers to an 11,000-square-foot eatery that will be "the best casual food restaurant, maybe in the country," he told Community Board 6 members recently. The board's permits committee recently approved Donskoi's liquor license application, and the full board is scheduled to review it Feb. 10.

Donskoi, a Russian immigrant, spent years living and working in Europe. He ranks Italy, Austria, Switzerland and France as his favorite food destinations, and he wants his restaurant to rival the quality he sees on menus there, but at a price that won't break the bank.

"Not everybody can go to Per Se or Daniel or Bouley," Donskoi said. "I want to give people the same experience they would get at a top-notch restaurant at an affordable price." 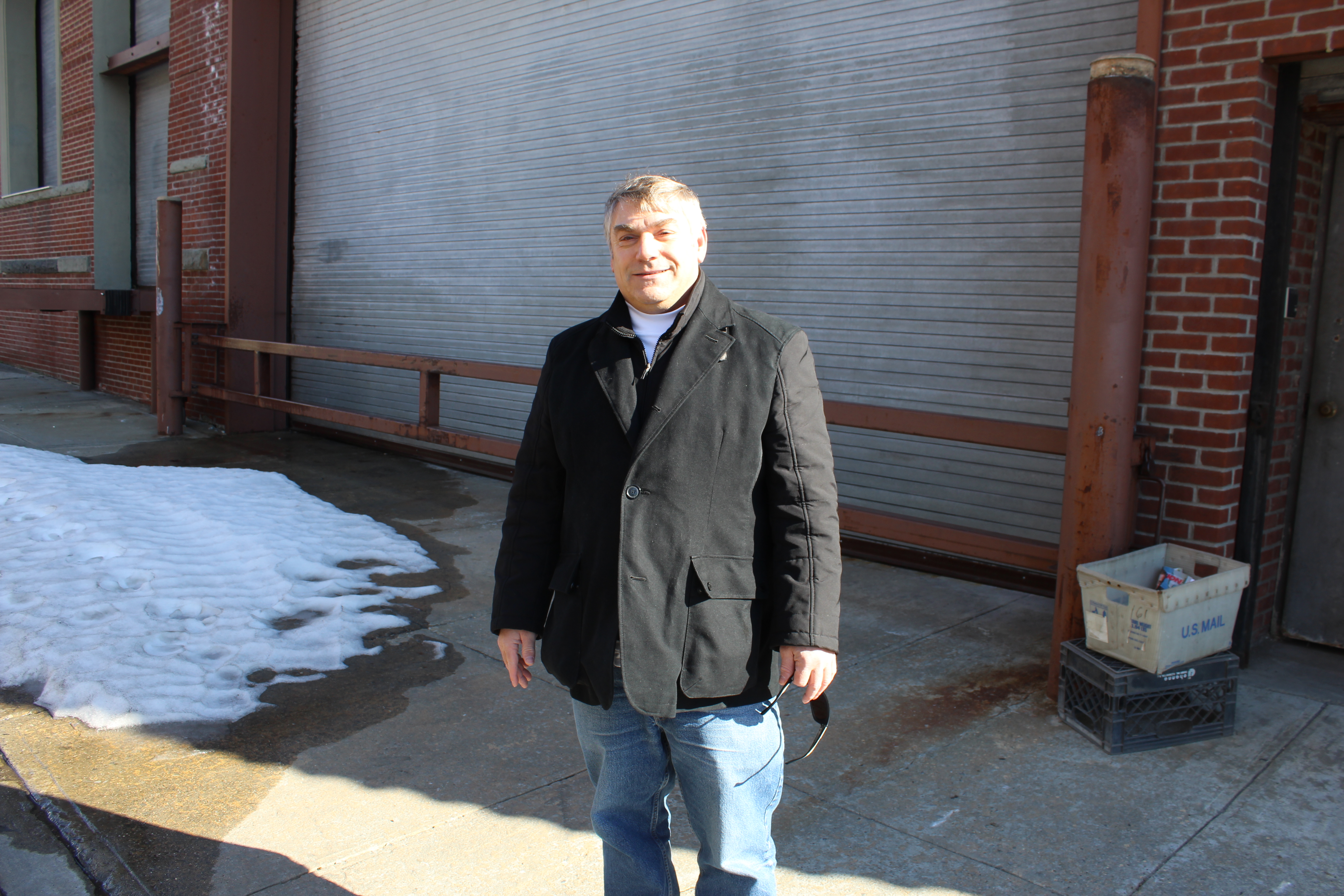 Alex Donskoi outside 421 Bond St., a warehouse he's renovating into a restaurant.

His vision for his restaurant, tentatively named 421 Bond, includes a vast menu of beers, whisky, wines and other alcohol, a kids' menu — he has three grandchildren — and weekend brunch.

He started renovating the future restaurant space a couple of years ago and work has proceeded "at a glacial pace," Donskoi's lawyer told Community Board 6 members. Donskoi stripped dozens of coats of paint off the warehouse exterior to expose intricate brickwork above arched entrances on the Romanesque Revival building. He's cut through the foot-thick concrete walls to create windows and installed underground piping for his future kitchen.

He's hoping to open his passion project by the end of the year. When it's finally finished, he'd like to commute by boat to his new business from his waterfront home in Brooklyn.

"I want everyone who comes here to leave with a smile," Donskoi said. "It's a restaurant that will be good for the community." 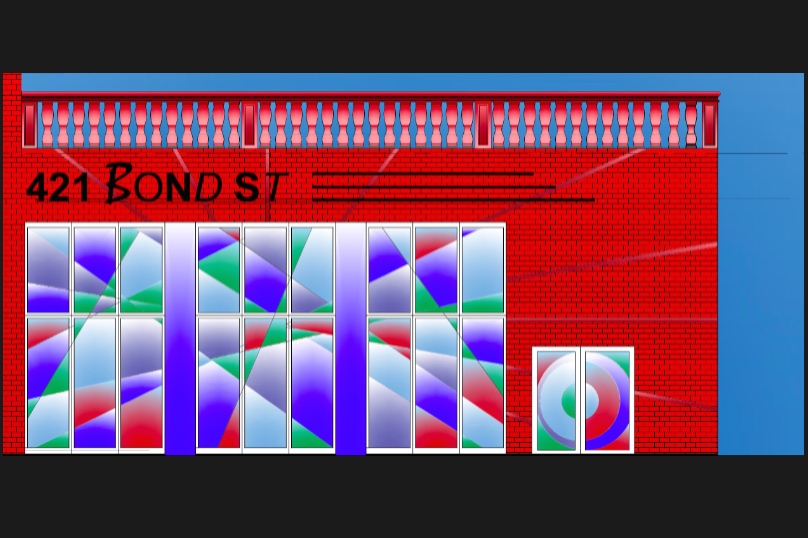 A rendering of the restaurant planned for 421 Bond St.