By Ewa Kern-Jedrychowska |&nbspJanuary 28, 2016 9:31am
@ewakj
Twitter Facebook Email More
A new rental building, at 98-02 Queens Blvd., is scheduled to be completed in about 18 months.
View Full Caption
Bahar Corporation

The building, at 98-02 Queens Blvd. between 65th Road and 66th Avenue, will also boast a number of Manhattan-style amenities such as a gym, indoor pool, storage room for bikes and children’s playground, according to the developer, George Baharestani.

About 60 units in the building, including studios, one-, two- and three-bedroom apartments, will come with modern bathrooms, granite countertops and stainless steel kitchen appliances, he said.

The current single-story complex will be demolished this spring, after several shops located there — including Vera Pharmacy, Japanese restaurant Sato and Masbia soup kitchen — move out.

The apartments will take up the top seven stories of the new building and retail will occupy the ground level. The developer is also planning to open a community space in the building, which is one of several new high-end dwellings in the neighborhood. 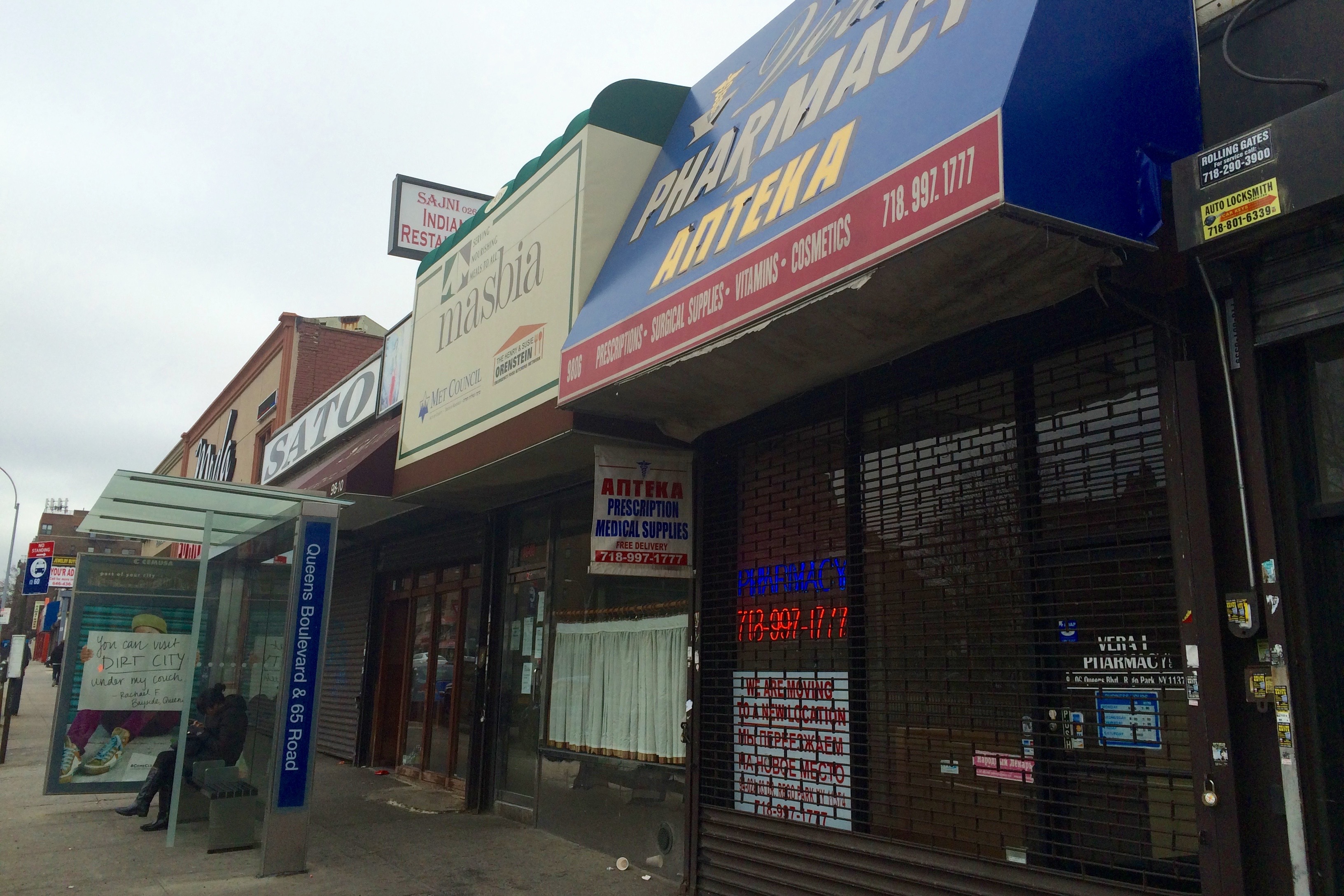