QUEENS — After he narrowly escaped the butcher's knife, Freddie the steer is in his brand-new home across the Husdon and is “doing great,” according to the New Jersey animal sanctuary that saved him.

The bovine, named after Queen singer Freddie Mercury, is now recovering at Skylands Animal Sanctuary and Rescue, where he was taken after his ordeal last Thursday, when he made a daring escape from a Jamaica slaughterhouse only to be returned there later to face certain death.

“He is doing really well,” said Mike Stura, 49, the owner of the sprawling 230-acre sanctuary in Wantage, who brought Freddie to New Jersey on Friday.

Stura, who arrived at the slaughterhouse on Archer Avenue and 165th Street on Thursday night after its owners were already gone for the day, waited all night in his truck to speak to them Friday morning — just hours before the steer was slated to be killed — and managed to persuade them to spare Freddie’s life.

“The first day he was anxious to be here, but every day he is getting more and more calm and now he walks into the barn with me without real coaxing,” Stura said. 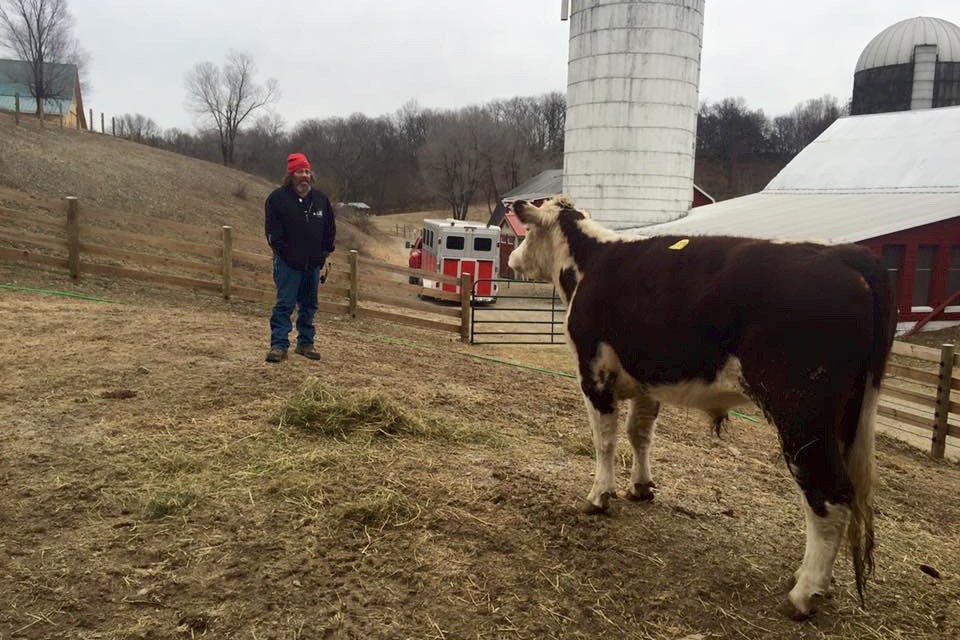 The 1-year-old Freddie who was checked by a vet last Friday before Stura brought him to the sanctuary, will now stay in quarantine for about two weeks.

According to Stura, the steer is healthy, but has a broken blood vessel in one of his eyes.

“Looks like he took an injury to his eye but he should be OK,” Stura said.

Soon Freddie, who weights about 800 pounds, will meet other bovines around his size “nose to nose."

Eventually, Freddie will be able to hang out with all 75 other rescues at the sanctuary, 18 of which are bovines, in addition to sheep, chickens, goats and pigs, Stura said. 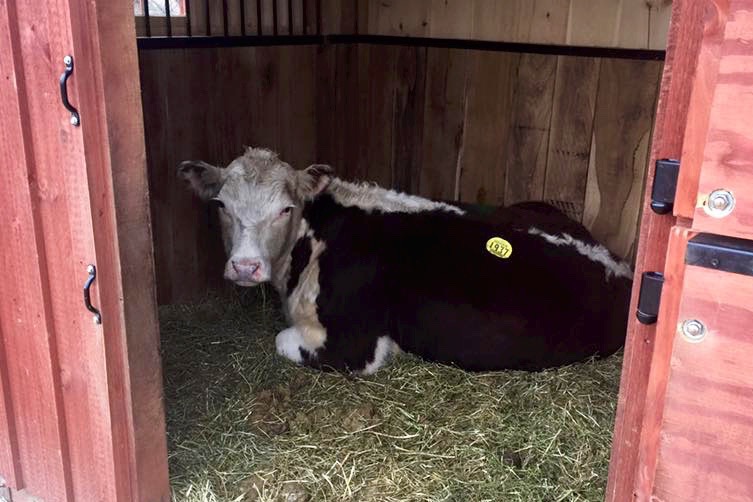