QUEENS — Marguerite Tolson-Jackson, 52, whose 16-year-old son was shot and killed on New Year’s Eve in Jamaica can't bear the thought of another child being murdered in the neighborhood.

"It hurts," the tearful mother said during a vigil held for her son Thursday evening on the corner of Merrick Boulevard and 109th Avenue where Jihad Jackson's body was found. "I wouldn't want my worst enemy to go through the pain that I'm feeling right now."

Dozens of residents came to the vigil to protest against gun violence in the area, where Jihad and a man were killed in unrelated incidents within a block of each other within one week.

Police said that Jihad, of Rosedale, was fatally shot in the neck shortly before midnight during a New Year's Eve party. The hosts — 18-year-old Eduardo Placencia, his mother Natalie Placencia, 49, and her boyfriend Dorian Carr, 48 — wrapped the teen’s body in a sheet, dragged it downstairs and left it on the street, police said.

They were later arrested and charged with tampering with physical evidence, but as of Friday morning, no one has been charged with killing Jihad, officials said. 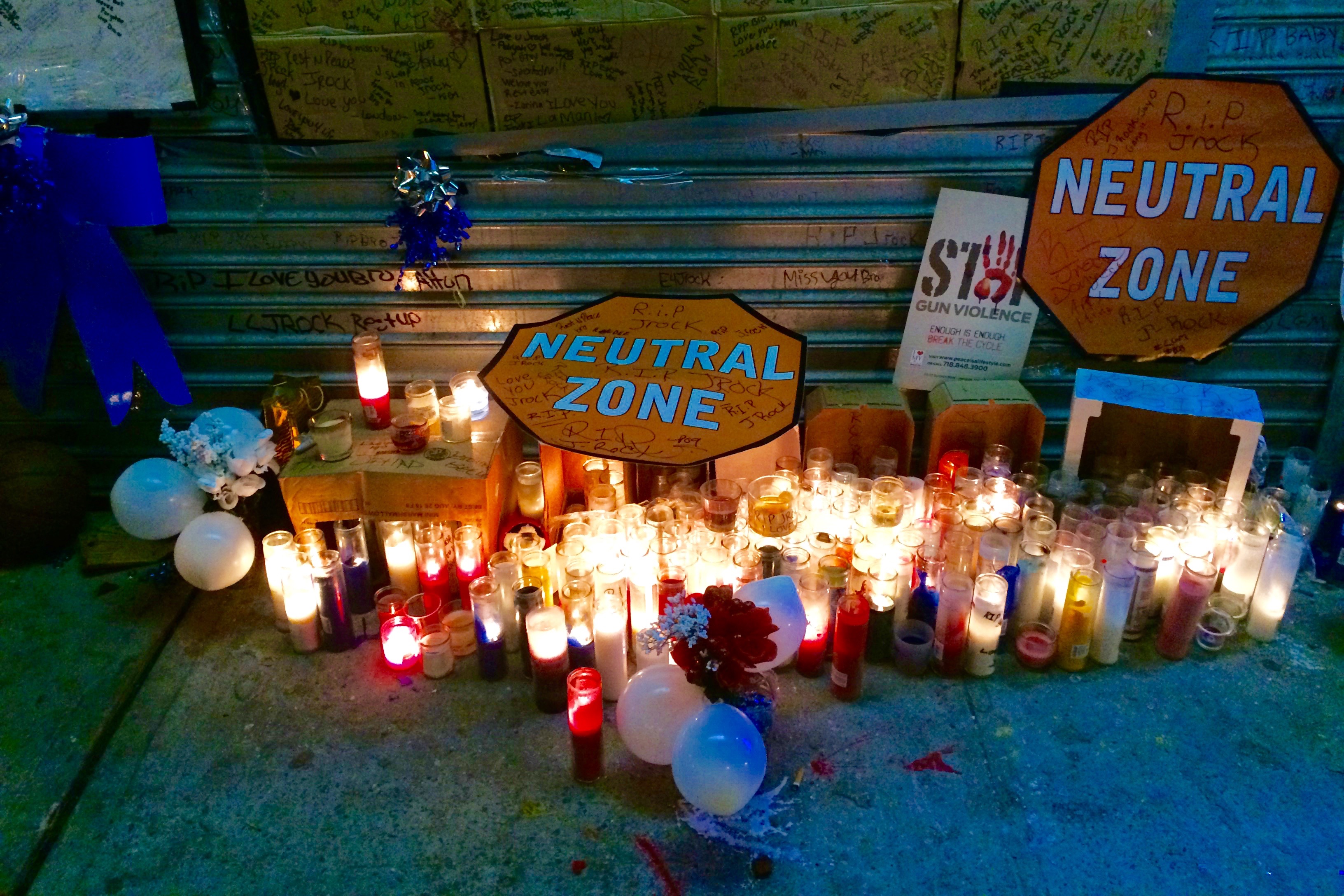 A makeshift memorial for Jihad Jackson, 16, who was shot and killed on New Year's Eve in Jamaica. (DNAinfo/Ewa Kern-Jedrychowska)

Another man was killed in the area on Dec. 26 after he left a party at an after-hours club. He was shot multiple times, as he walked with his pregnant girlfriend, by people running the club — allegedly in retaliation for robbing some of its customers, police sources said Friday.

On Thursday night, residents marched with Tolson-Jackson and members of LIFE Camp, a local anti-violence group, which organized the vigil, toward Jihad's old junior high school.

Many participants spoke against gun violence.

A.U. Hogan, president of the Baisley Houses Tenants' Association blamed the community for not standing up against gun violence.

“We are letting innocent young boys who don’t have a clue about what they do, to take guns into their hands and lose their lives,” he said.

Tolson-Jackson said she hopes the community will take more aggressive steps to prevent gun violence, giving other kids in the neighborhood, including her little grandson, whom she held in her arms, a chance for a better life. 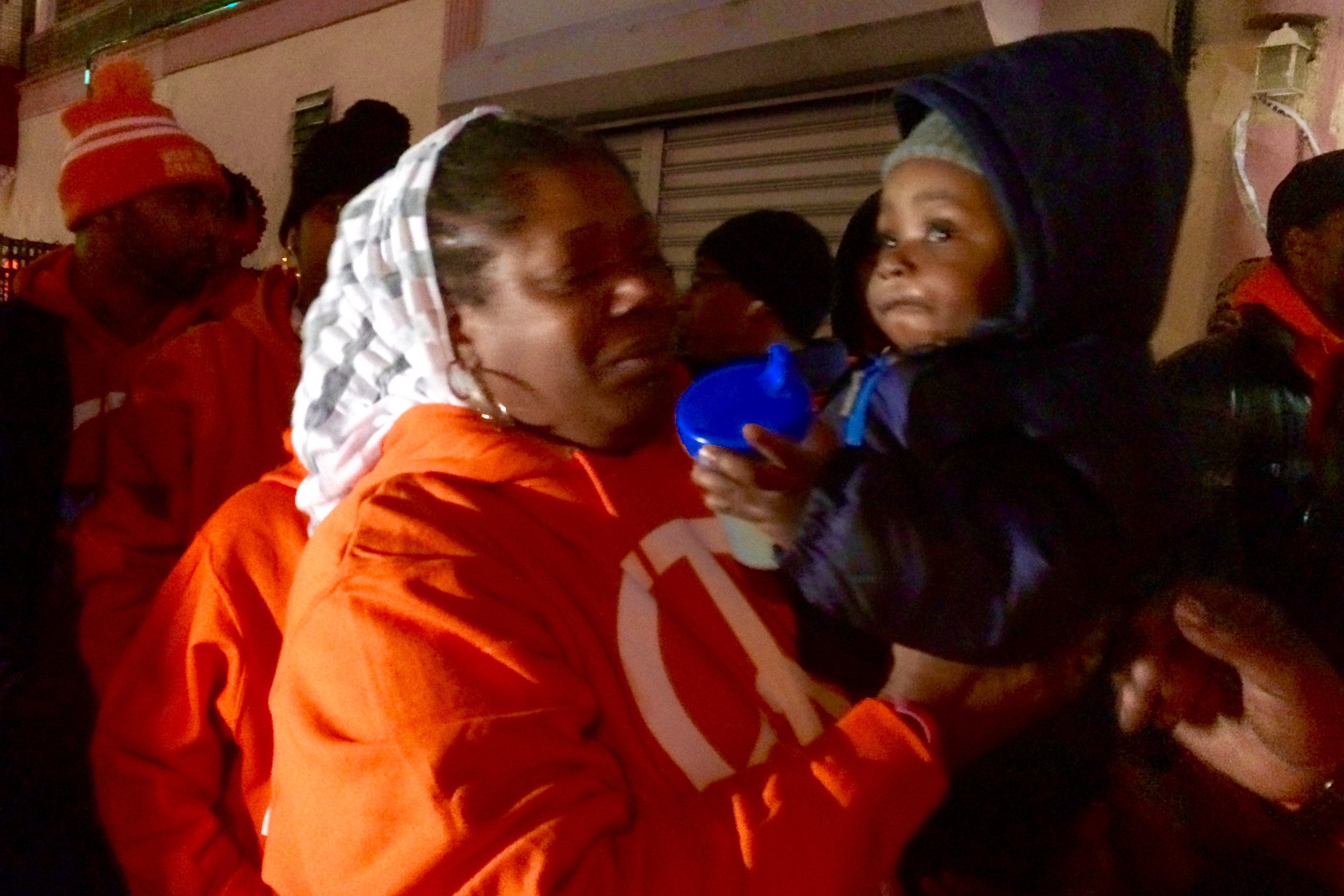 Marguerite Tolson-Jackson holds her grandson during a vigil for her son, Jihad Jackson, 16, who was shot and killed on New Year's Eve in Jamaica.