SOUTH STREET SEAPORT — A decade after the Fulton Fish Market shut down its longtime home in the South Street Seaport, artist Naima Rauam said she's still "transfixed' by the memories of its bustle and charming grit.

"The light, the activity, the hard work — it was all so captivating," said Rauam, 69. "I could paint the fish market forever."

From memories, photos and old sketches, Rauam continues to paint colorful scenes of the long-shuttered market from her seaport studio. 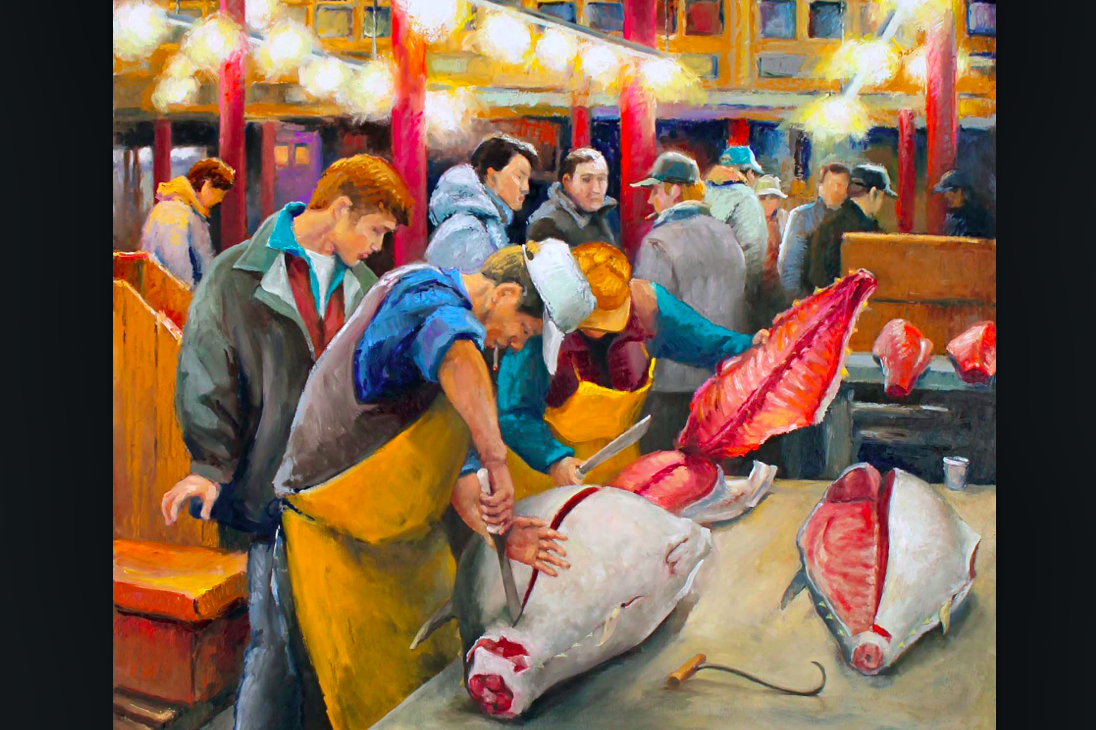 A collection of some of her latest watercolors, along with older works and variety of prints, are now on display in a new exhibit titled, "10th Anniversary, Remembering Fulton Fish Market."

The art show, which opened Tuesday inside the Fulton Stall Market at 207A Front St., will be on view from noon to 6 p.m through Jan. 10. 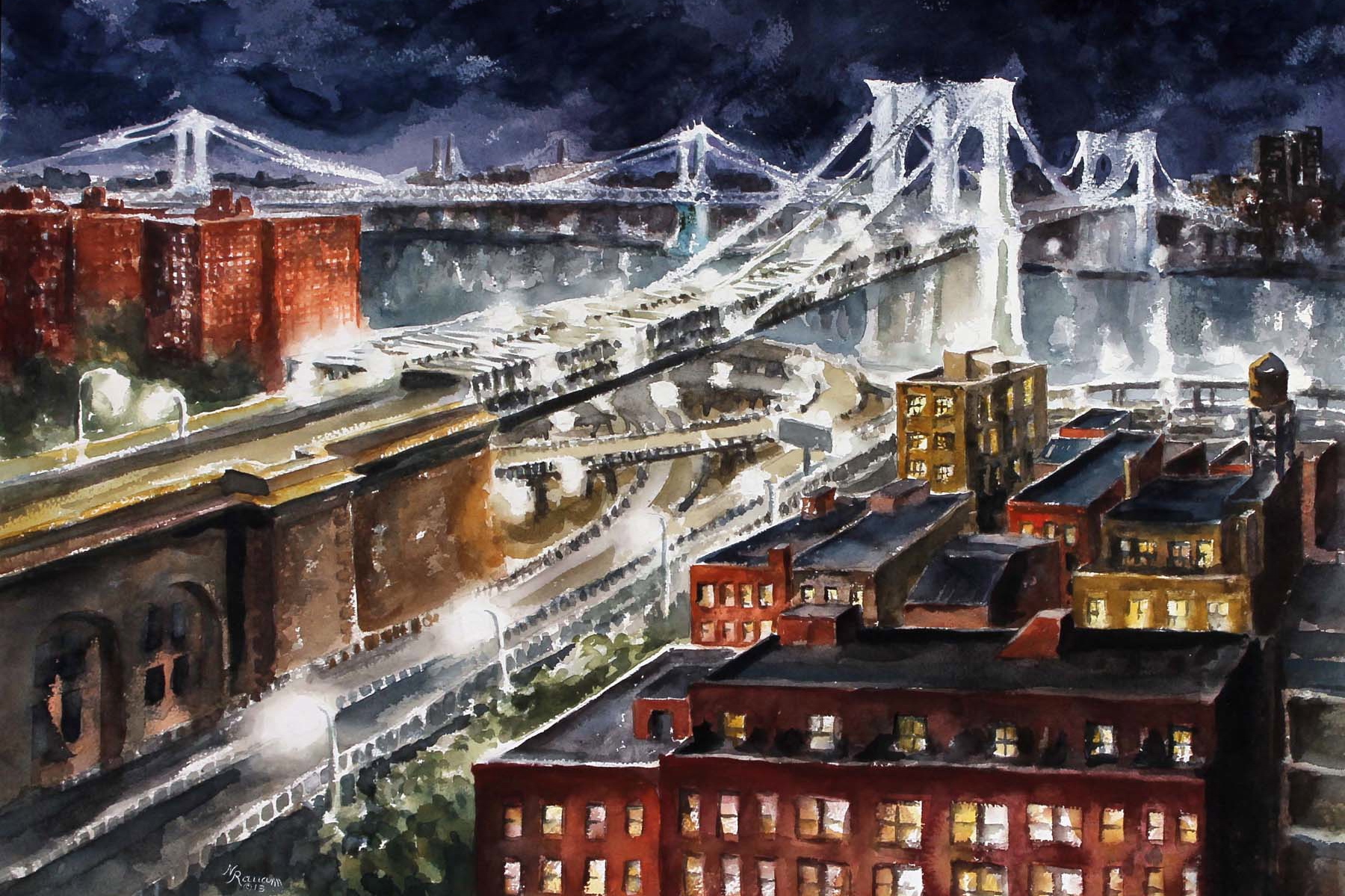 Rauam opened her first painting studio inside a former fish market building in 1983, where she continued to paint even after the market moved to The Bronx in 2005.

Eventually, she moved to a studio and gallery inside the now torn-down Pier 17 mall. When she was forced to leave that space in 2013, Rauam was lucky to find another home in the seaport, inside 92 South St., she said.

For more than a century, from 1822 to 2005, the fish market was a fixture of the seaport. In recent years, the former fish market warehouses, which sit along South Street, have been at the center of controversial overhaul plans.

The Seaport's developer recently nixed a controversial plan to build a luxury tower on the site, but is trying to move ahead with a plan to refurbish one of the landmarked warehouses, known as the Tin Building, making it a food market.

"The seaport is in transition, but I'm happy to still be in the neighborhood, even if the fish market is gone," she said. "I still feel connected to the energy."