Say Goodbye to Raccoon Lodge and Other Longtime TriBeCa Businesses

LOWER MANHATTAN — In the green glow of a neon, beer bottle-shaped sign, a group of regulars at the Raccoon Lodge were commiserating last week — their favorite dive bar is about to close. 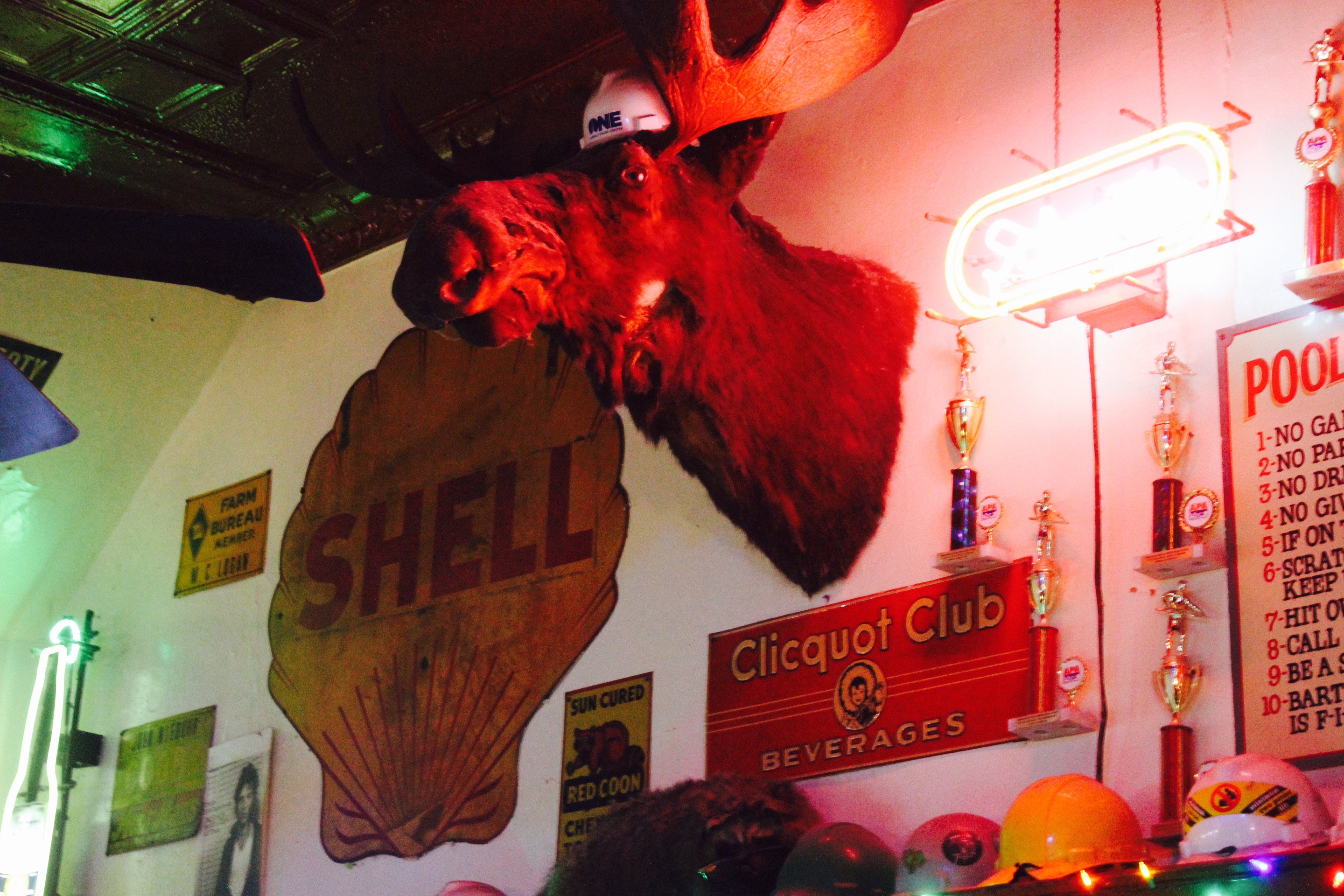 The 33-year-old bar is shutting its doors Dec. 31 — its 59 Warren St. building, along with the rest of the buildings and small businesses on its block, are being torn down for a luxury tower.

All eight businesses, which include 27-year-old pan-Asian restaurant Mangez Avec Moi, strip club New York Dolls and British pub Cricketers Arms, have to be out by February. Their buildings' owner sold the property for $50 million, according to Crain's New York. 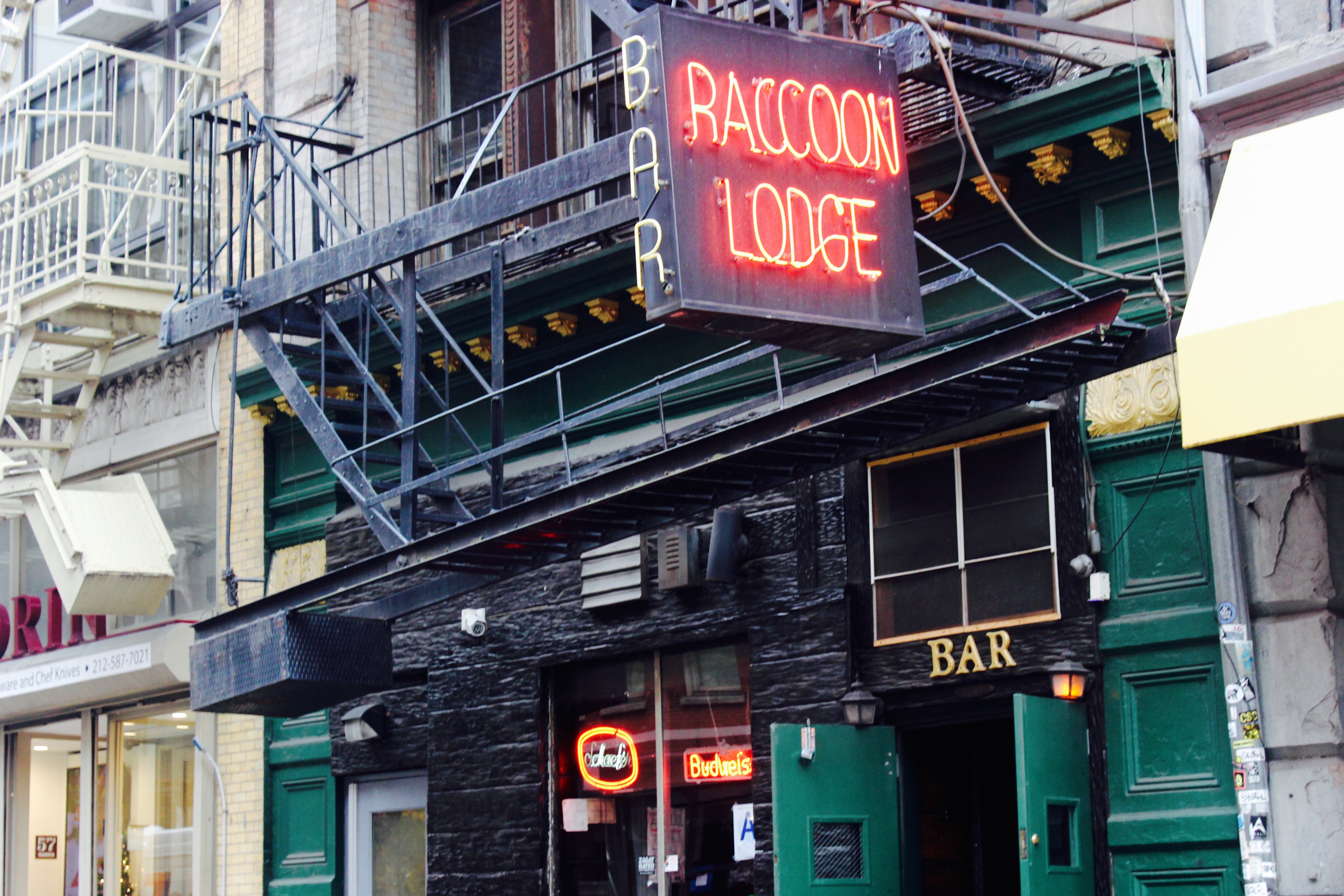 “No really, really, this place is a gem,” said John Martin, a 36-year-old lawyer, before saying "cheers" to his pal Richie Roberts, 48, an iron worker at the nearby World Trade Center. “It really breaks my heart. This place is special.”

Martin and Roberts met at the bar more than 10 years ago.

“You can work on Wall Street, you can work in construction, and we all just come here to relax, no pretensions, with bartenders who know your name,” Martin said. 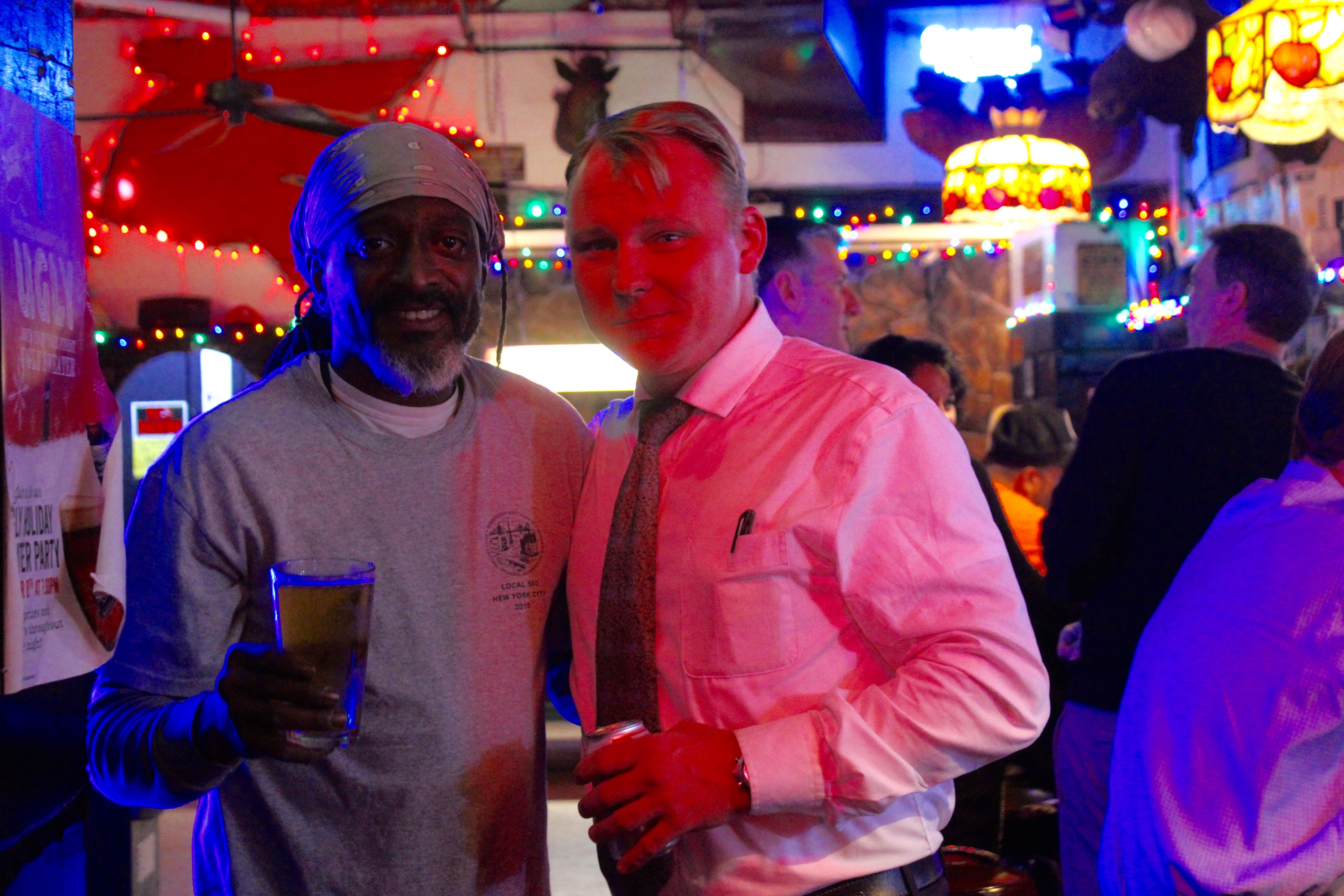 The Raccoon Lodge has been a staple for a mixed crowd over the years, an increasingly rare dive bar in a neighborhood of pricey cocktails. Just a few blocks from the World Trade Center, the bar was one of the first businesses to reopen after the Sept. 11 attacks — a welcoming watering hole for the many rescue workers who needed a break.

Its old walls are filled with pictures of tipsy smiles, ledges lined with hard hats, and mementos from where the bar got its name — "The Honeymooners." Bus driver Ralph Kramden and sewer workers Ed Norton, the 50s sitcom’s main characters, were part of a fictional fraternal society called the Raccoon Lodge in Brooklyn. 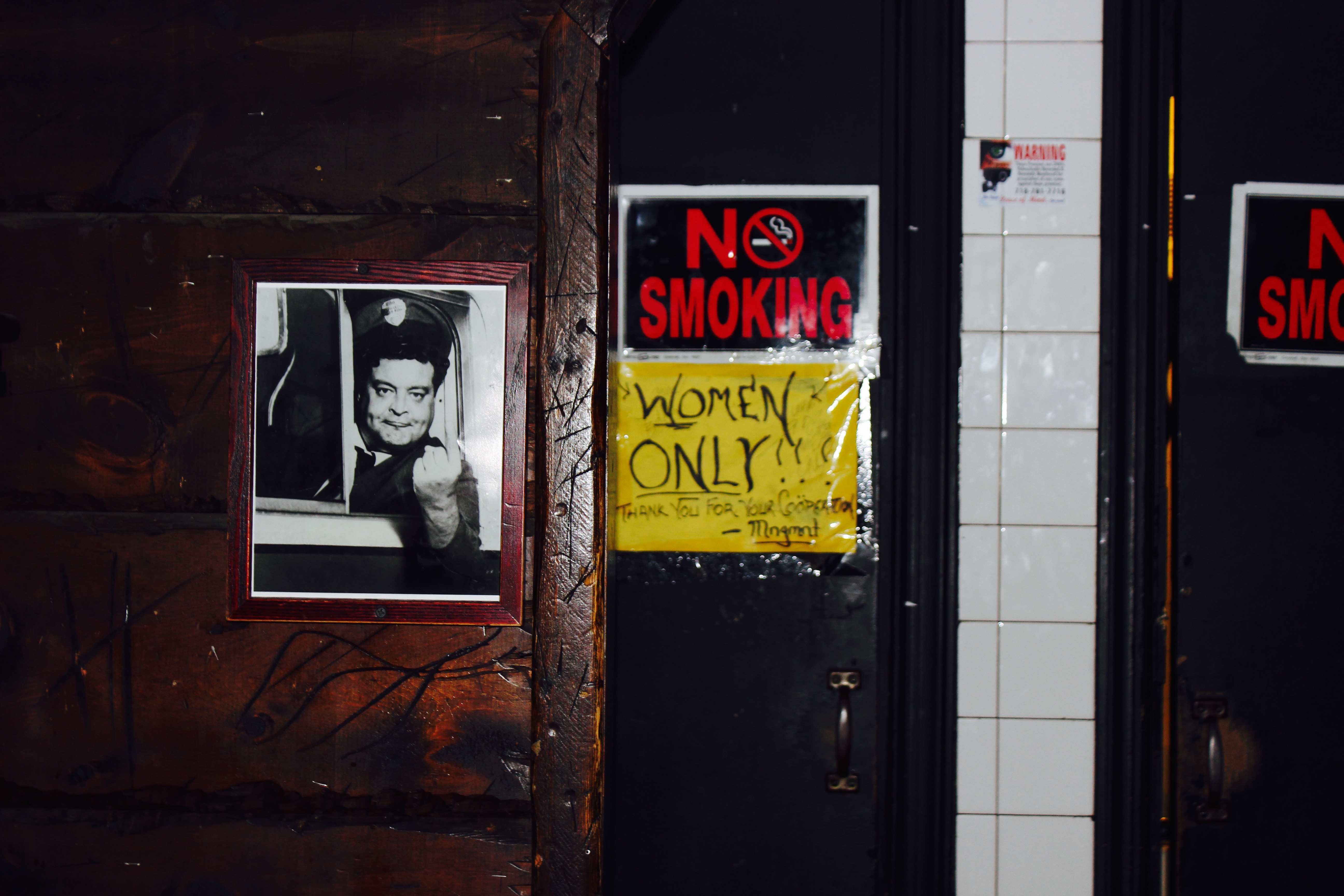 “The place has that man cave feel — but women are definitely welcome,” said bartender Eleni, who has been serving up drinks at the bar for more than 11 years, with a laugh.

She declined to give her last name, saying: “I love these guys, it’s a good crew. But I like to stay a little anonymous. I don’t need anybody searching for me.”

During a busy early evening, Eleni quickly darted back and forth at the bar, filling up drinks, offering love advice to one loyal customer and cutting off another regular, saying "I'm not sending you home all messed up." 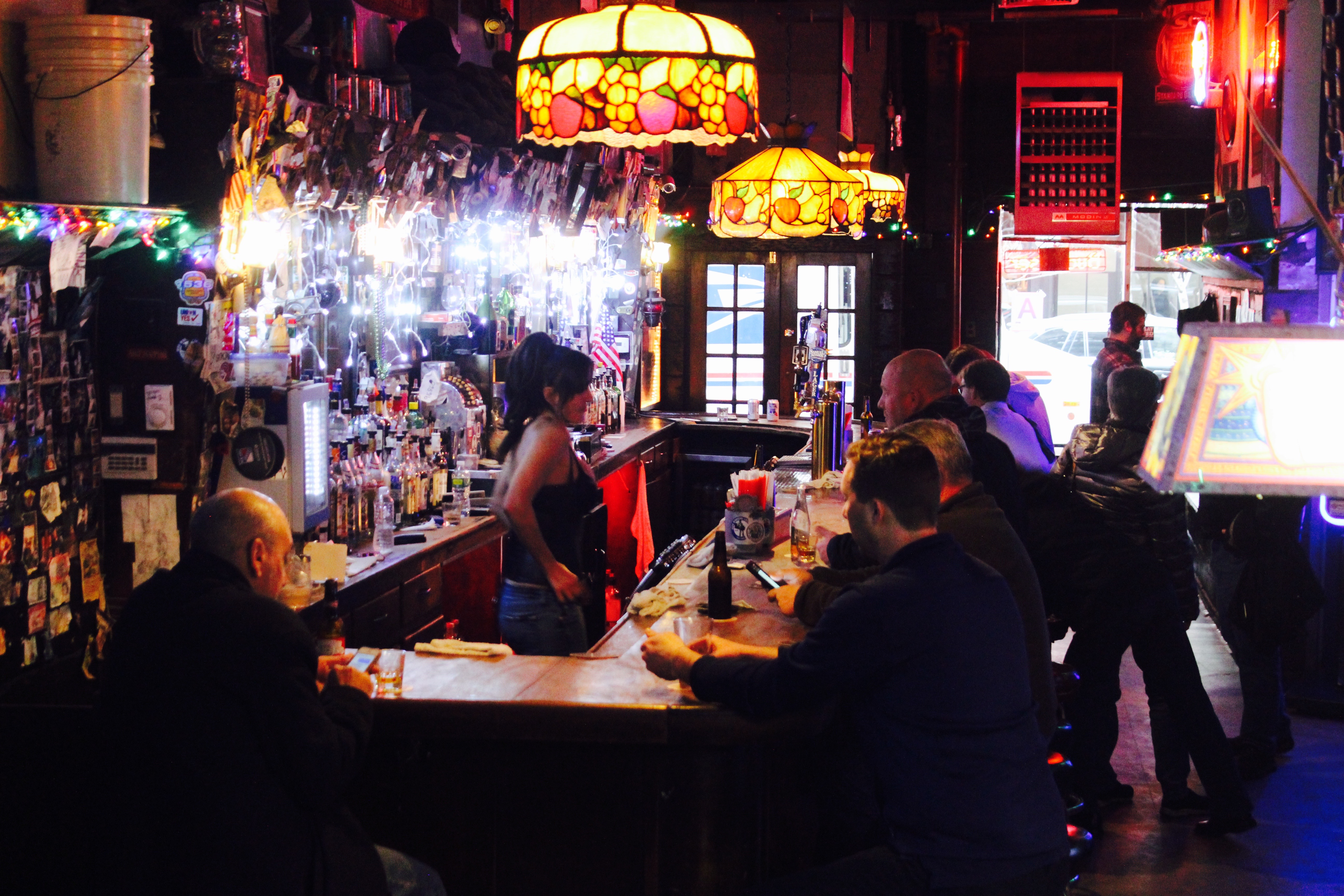 Customers said the bartenders are reason enough to stop by the bar.

“They’re funny, they’re fun — sometimes they’ll even buy you pizza,” said Margaret Power, 51, who works near the bar. “Eleni’s great. She’s like comically rough with you — this bar has great characters — it’s a shame this neighborhood keeps losing that uniqueness.”

All hope for the bar is not completely lost. The staff said the bar is trying “very hard” to find a new location nearby. Not an easy feat, as rent prices continue to soar in Lower Manhattan.

“I’m just going to keep hoping they find a new place,” Eleni said. “I want to keep working here until I can’t walk anymore — or until my boobs drop.”

Here’s a look at the other businesses that are closing along the West Broadway block, between Warren Street and Murray Street:

Owner and cook Nikone Ongkeo, 62, has been serving up his pan-Asian food — a mix of mostly Thai and Vietnamese fare, since 1988 in the same spot. The native of Laos said after so many years, and two heart attacks, he will take a break when the restaurant closes, and then figure out what to do — but coming back to the neighborhood is not a likely option.

"There's really just no way to rent here anymore," Ongkeo said. "They kick out businesses and keep the space empty, waiting for someone to pay more and more." 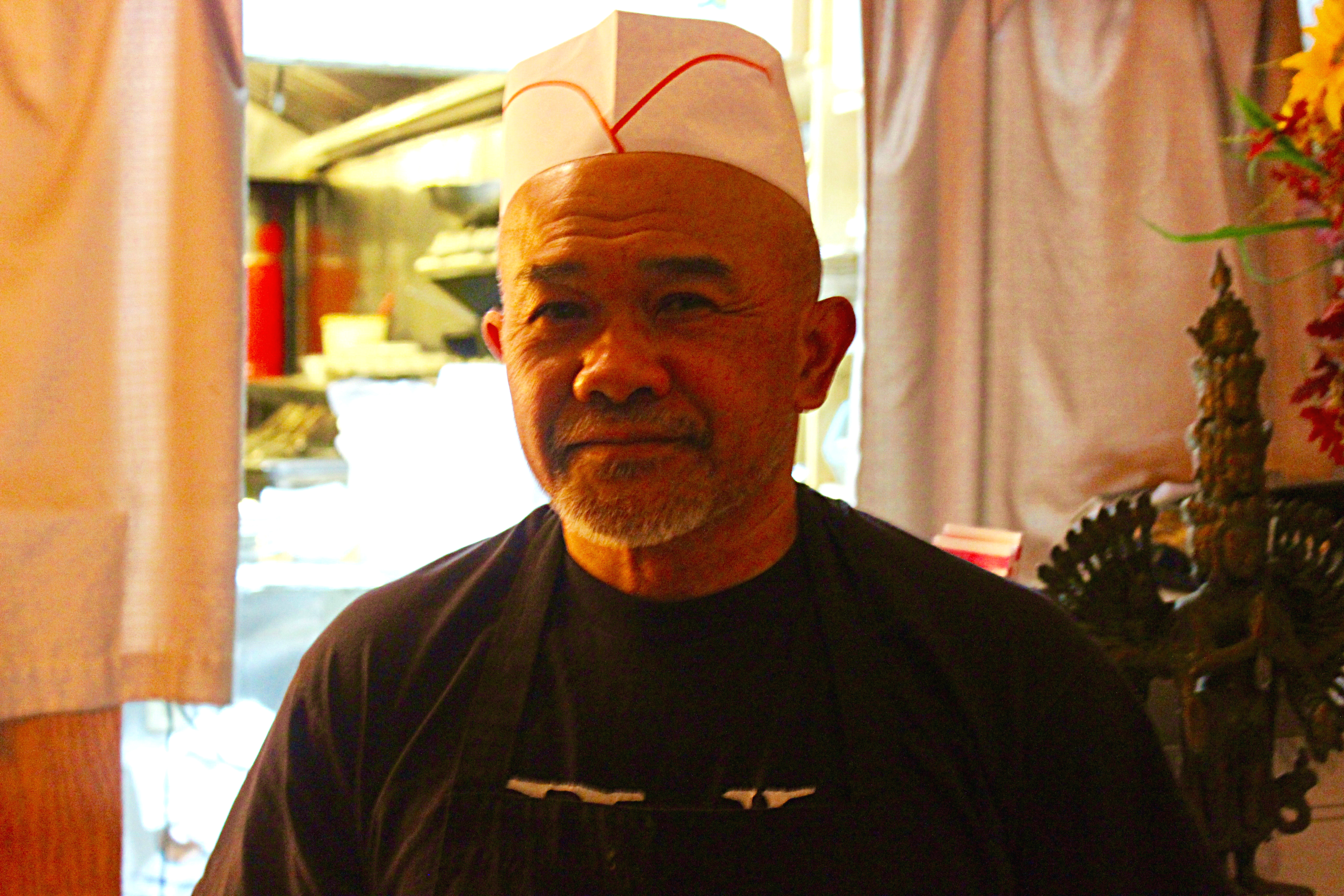 "I'm pissed," said Okwede Okoh, 31, a lawyer who works nearby. "I mean, where are you going to be able to grab affordable food — how many luxury towers do you need? When is this going to plateau?"

Eight-year-old pizzeria Palermo Pizza is regularly packed at lunch hour — and while business is going well at the corner shop, co-owner Stephanie Carcione said it's "nearly impossible" they will be able to find another storefront in the neighborhood. 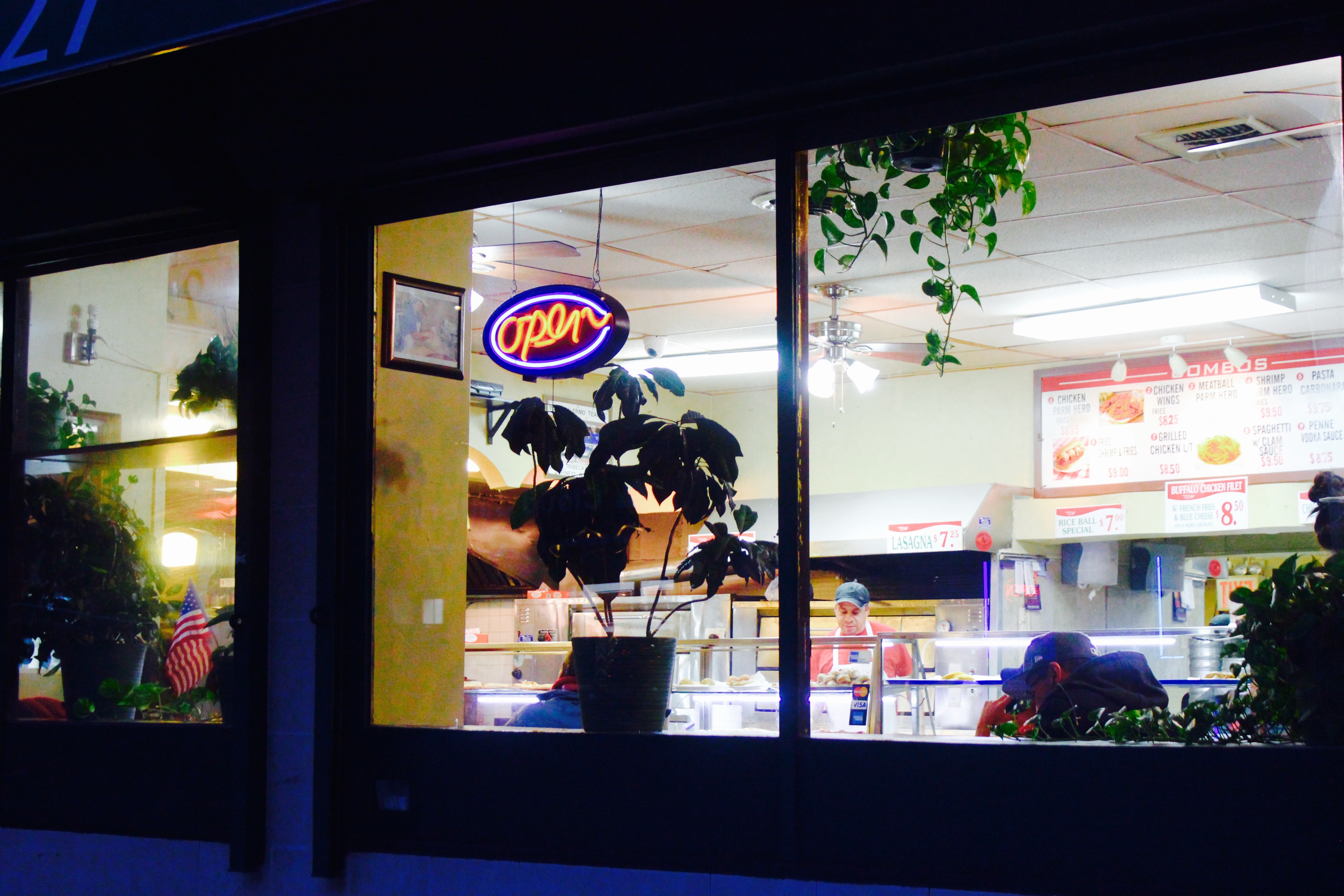 "Look, it's really sad, this is the neighborhood we know, we've built relationships here, but this city is changing," said Carcione, a native of Genoa, Italy, who lives in Bensonhurst. "This is my only business, but to rent another place in the neighborhood, I'd really have to go from charging $3 to $8 a slice." 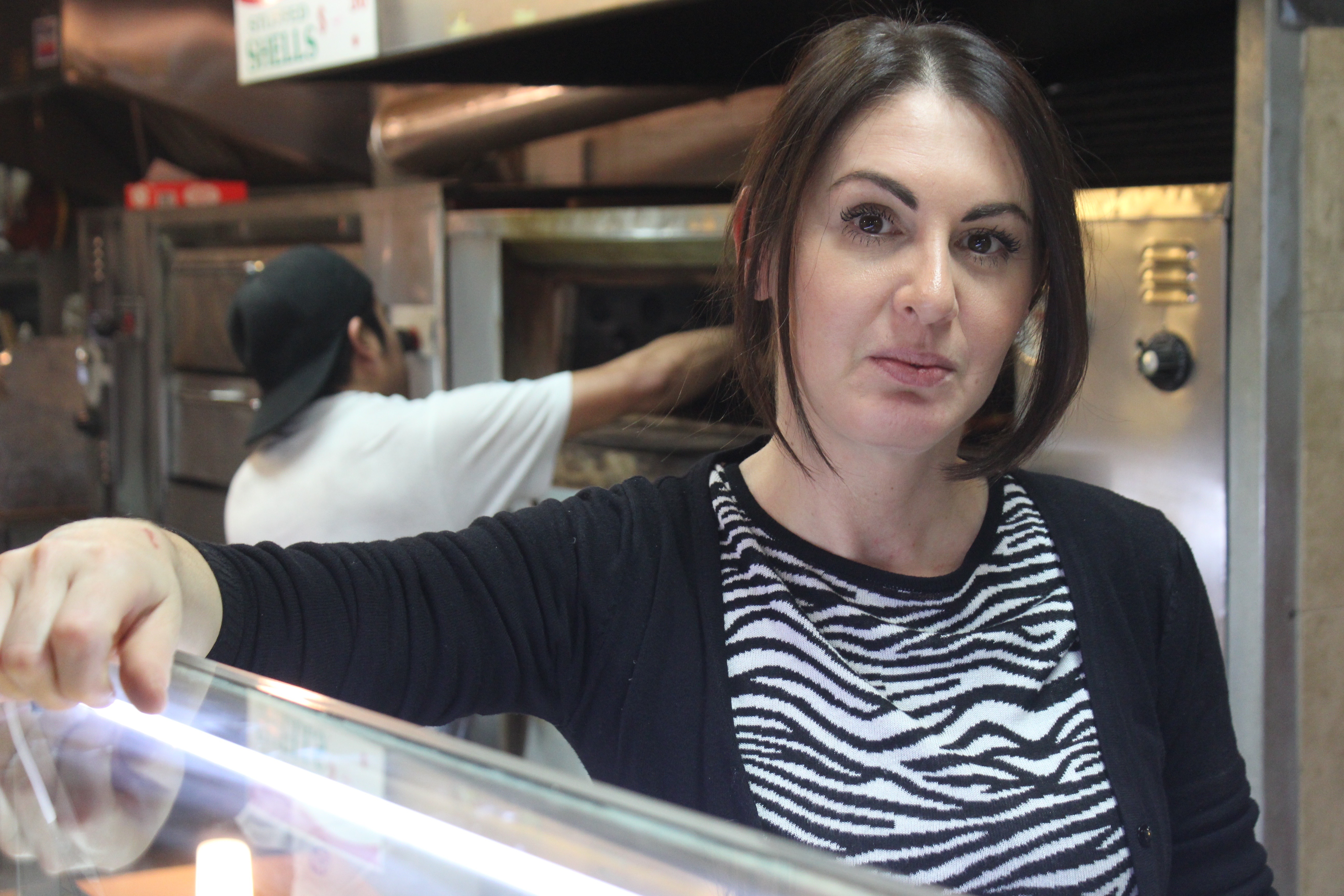 "We don't want to leave," she added. "But we have no choice, the owner sold our building and that's that."

The Latin restaurant, a neighborhood favorite, opened in 2012. A restaurant manager said they will reopen in Fort Greene, likely sometime in April.

"We're very upset, just really sad," said co-owner Scott Robertson. The English Tavern has built a loyal following, not just of British sports enthusiasts coming in for a pint, but from local families who come for a laid-back meal, Robertson said. 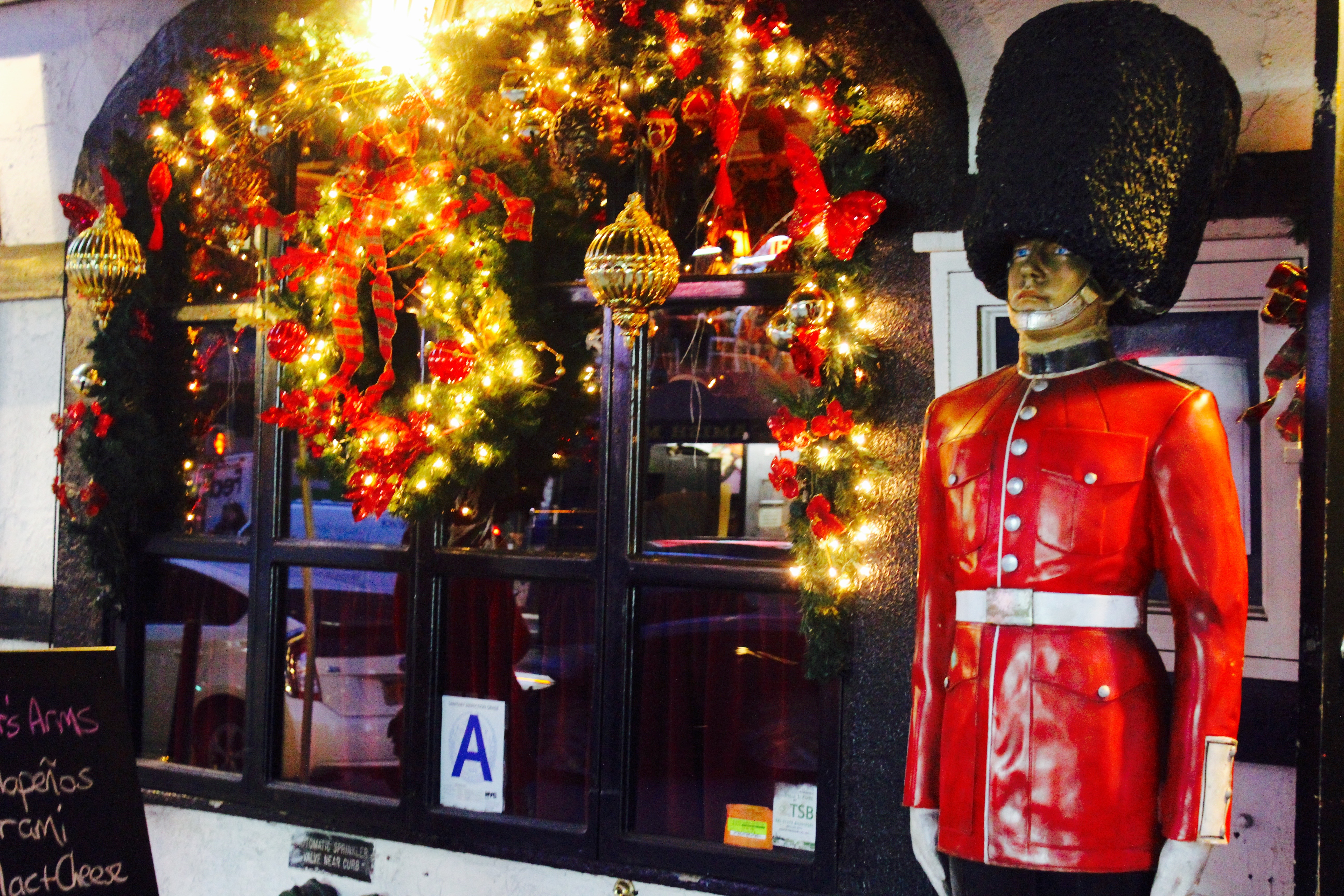 "For us this is a special place," Robertson said. "We don't want to leave, and we want to find someplace close by to reopen, but it's just really, really tough."

The bar and restaurant, a 2,000-square-foot space, has been paying $20,000 a month in rent, but the owners said most equivalent spaces in the area now want double that rent.

The longtime Mexican restaurant, in the neighborhood for nearly 20 years, is one of the lucky businesses. They found a new space and will be reopening early next year at 156 Chambers St.

The longtime strip club declined to comment about its closing.

Round 2 of High School Admissions Begins for Eighth-Graders