The renowned Forest Hills restaurant, which recently lost a coveted Michelin star and announced in September that it will be closing by the end of the year because it was not able to renew its lease, was recently damaged by a fire.

The flames broke out around 2:30 a.m. on Sunday, Nov. 1 in the boiler room, causing severe destruction, the restaurant and FDNY said. No injuries were reported.

The restaurant, at 104-02 Metropolitan Ave., is not accepting reservations at this time. It has also been calling patrons who had reservations for later this month to cancel them.

“We did suffer damages to the electrical in the basement, water and smoke damage,” Audrey Brown, one of the owners, said in an email. “We are doing our best to get up and running, but it is quite a climb, the boiler room has to be re-built and we still don't have our refrigerators back.”

Brown also said that the restaurant lost its “drop ceiling in the basement, and the dining room still smells of smoke.”

Brown also said that the restaurant will have to undergo a Health Department inspection before reopening.

Fire Marshals determined that "the fire began in the boiler room, originating at a water heater which was too close to combustible materials," fire officials said Tuesday.

The restaurant wrote on its website and in a note posted at the entrance that it won't start "accepting reservations until we have a clear time line for the projected repairs."

The eatery opened nearly 10 years ago and served an eclectic mix of Spanish and French cuisines.

It received its first Michelin star in 2011, and was given the award every year since. Until last year it was the only eatery in Queens to receive that honor.

The eatery has not, however, been awarded the star in the Michelin Guide New York City 2016.

Earlier this year, the owners were trying to open another location in Long Island City but that project fell through.

In September, the restaurant announced it will close its Forest Hills location by the end of the year due to a contract disagreement that was not rent related.

At the time, the owners said that they were working on finding a new space for the eatery.

The restaurant was also planning to serve a new smaller menu offering contemporary French cuisine in the remaining three months before its scheduled closing on Dec. 31. 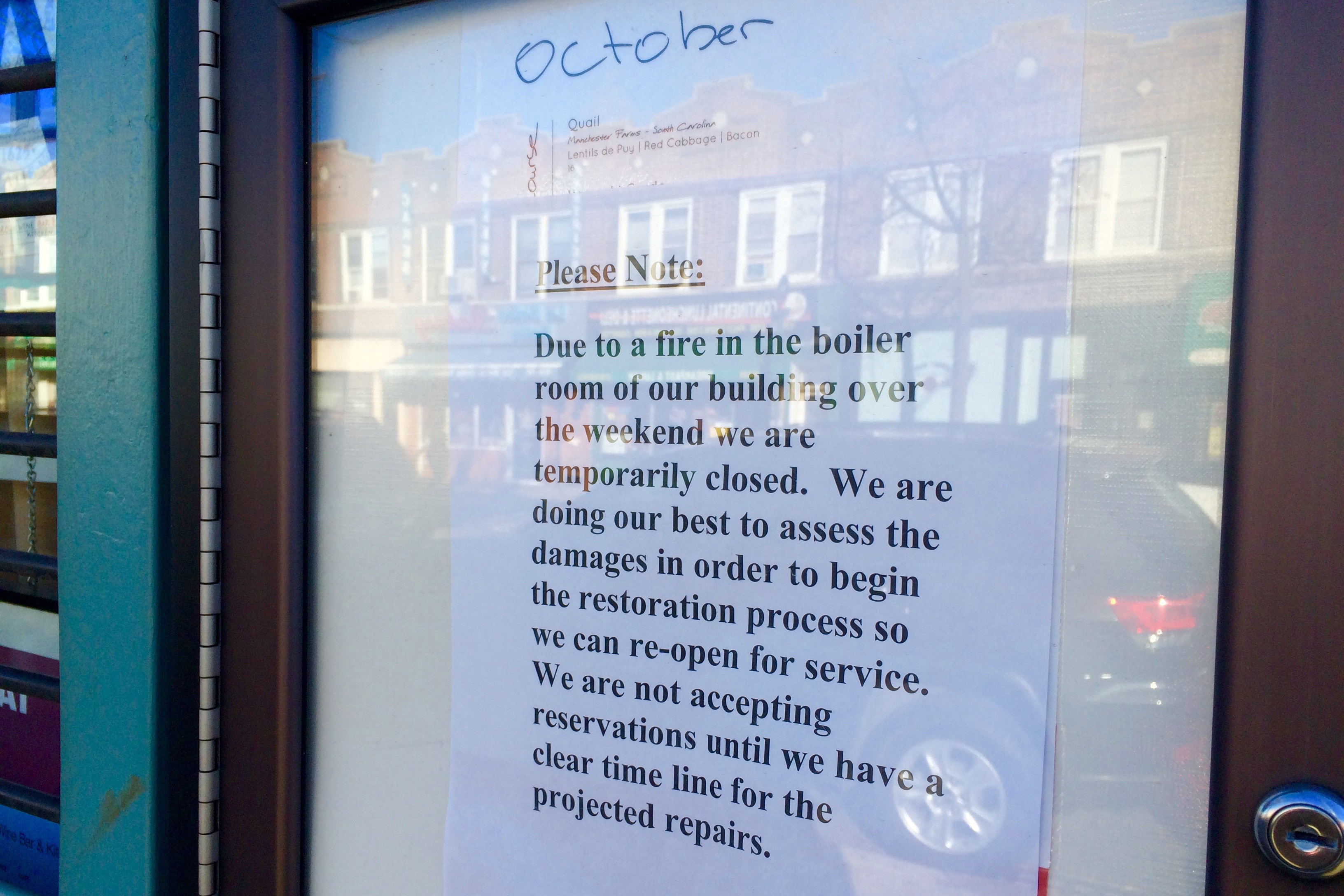 Doris Duke's Teen Heirs Battle Being 'Poor' While Waiting for $1B

Here Are the Tools Thieves Use to 'Fish' Items Out of Mailboxes, Police Say