Slain NYPD Officer Dreamed of Being a Detective, Relatives Say

NEW YORK CITY — The NYPD officer killed in an East Harlem shootout Tuesday night moved from Guyana to fulfill his dream of becoming a police officer and aspired to become a detective, his relatives said.

Officer Randolph Holder, 33, was fatally shot during a chase and gunfight on a pedestrian overpass along the FDR Drive, police said.

“He came here to accomplish a goal and he did it, something not many of us born here can do,” said Stacey Lawrence, 29, Holder’s second cousin.

"They kidnapped his future,” she said.

The five-year NYPD veteran was shot in the head and killed responding to a report of gang-related gunshots in a park at East 102nd Street and the FDR Drive roughly 8:30 p.m. Tuesday, according to sources.

His father, also named Randolph Holder, said his son always wanted to be a policeman and described him as an “easy-going young man.”

“He delivered his duties diligently, with pride,” he said. “Lots of principle and discipline.”

The officer, who has a teenage daughter, moved from South America to Far Rockaway about 11 years ago to join his family, relatives said.

The officer left behind his daughter and younger brother in Guyana, along with his grandmother, who he cared for, according to relatives.

“He goes for what he wants, he's a family person,” said cousin Natalie Andrews, 32. “He'll do anything for his family."

The Guyana native joined the NYPD in July 2010 and was looking to get out of his current unit, according to family members. Holder was assigned to the department’s Housing Bureau and worked out of PSA 5.

His father and grandfather both served as policemen in Guyana.

After following in their footsteps and joining the NYPD, Holder moved to Mill Basin but returned to Queens frequently to visit his family, relatives said. 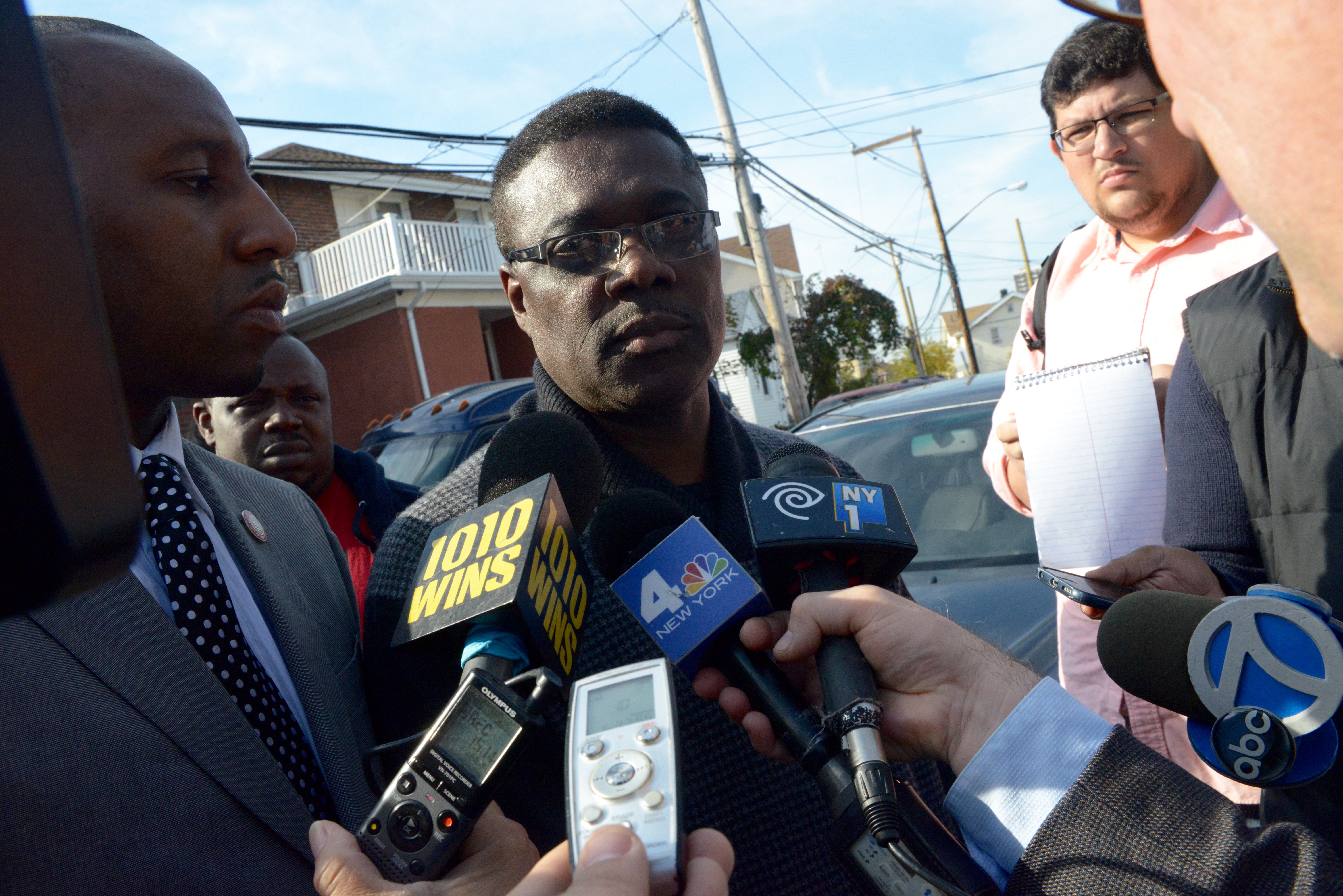 Randolph Holder Sr. said his son, Randolph Holder, came to the United States from Guyana just to be a police officer. He spoke with reporters near his home on Briar Pl. in Far Rockaway on Oct. 21, 2015. Photo Credit: DNAinfo/Katie Honan

Though he was very focused on his career in law enforcement, he was also known for his love of reading and music, and DJed several family parties in Far Rockaway, according to family members. 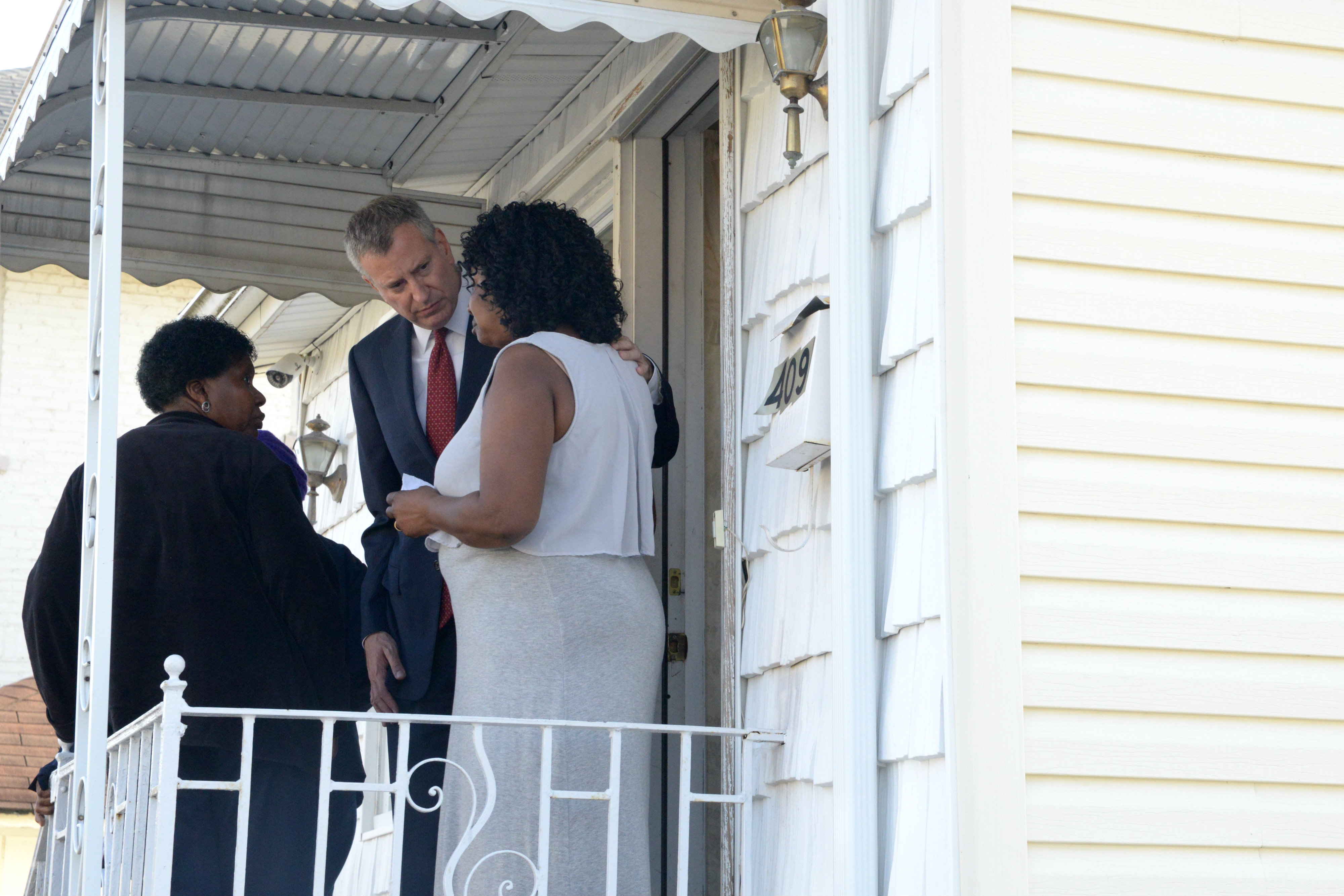 The late officer was in the process of closing on a home in Valley Stream, Long Island with his longtime girlfriend, his father said.

“But all of those dreams went down the drain,” the elder Holder said.

When asked about punishment for his son’s shooter, the father said “he should be put to death.”

“There’s nothing much I would say to him. Let justice take its place.”

Holder's body is being brought to Jeremaiah C. Gaffney's Funeral Home in Inwood.

Funeral services are scheduled for Wednesday, Oct. 28 at 3 p.m., with a viewing scheduled for Oct. 27 at 9 a.m., and has been moved to the The Greater Allen A.M.E. Cathedral of New York at 110-31 Merrick Blvd. in Jamaica, multiple sources confirmed.

The wake and funeral was originally scheduled for the Church of the Nazarene in Far Rockaway, but it could not accommodate the thousands of mourners expected to pay their respects to Holder.

He'll be buried in his native Guyana, according to the NYPD.