FINANCIAL DISTRICT — A sparse plaza named for a beloved Downtown advocate is finally transforming into the park she envisioned long ago.

Fusing two traffic islands, which sit near the Battery Tunnel exit, into one inviting plaza with greenery and seating, was a plan Elizabeth Berger, the former president of the Downtown Alliance who died in 2013, had championed for years. 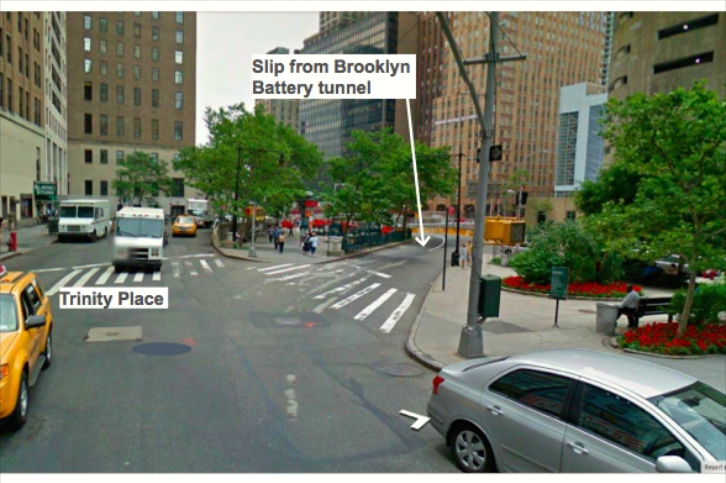 A view of the current, separated plazas. Courtesy of Parks Department

After Berger's death, one of the small landscaped plazas was named in her honor, with the intent of putting her beautification overhaul into motion.

The new revamped Elizabeth H. Berger Plaza would be filled with trees and create a safer pedestrian walkway, Vellonakis said. The plaza will include four new crosswalks, and would be protected from traffic by a stone wall. 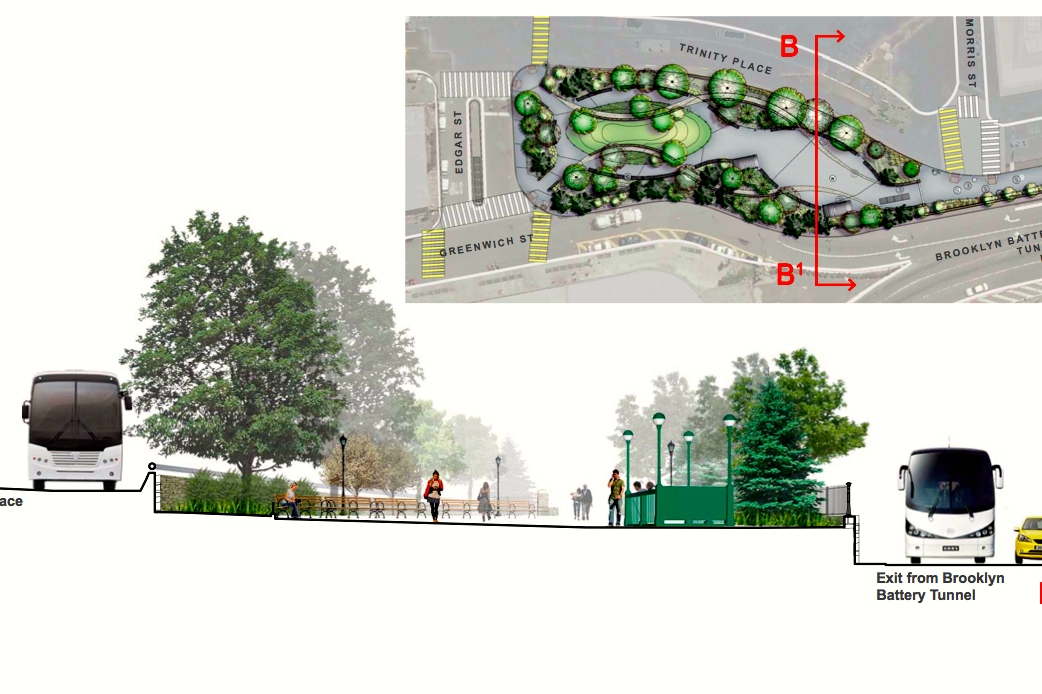 The larger, inviting plaza could be space for a greenmarket or even performances, Vellonakis said.

All the changes, however, will take time. Construction isn't expected to be finished until 2018.