BEDFORD-STUYVESANT — Those dreaded subway service signs transform into a sight for sore eyes in a new exhibition from artist Al Diaz.

Al Diaz, known for his graffiti tags with the late Jean-Michel Basquiat, uses “WET PAINT” signs and service change flyers found throughout the subway system to create stories and messages around the city’s stations.

He teams up with artist Juan Carlos Pinto, who constructs portraits out of discarded MetroCards.

“I chose the subway because it’s a place of second nature to me,” Diaz said. “The stations get so much traffic and it’s a place for people to see your stuff.

“Personally, I’m one of those people who always reads the signs and notices my surroundings, so using those materials that actually belong there as part of that environment, it just seems right.”

Diaz created his first piece using MTA notices in 2011 and has since hit at least 60 subway stations, he said. 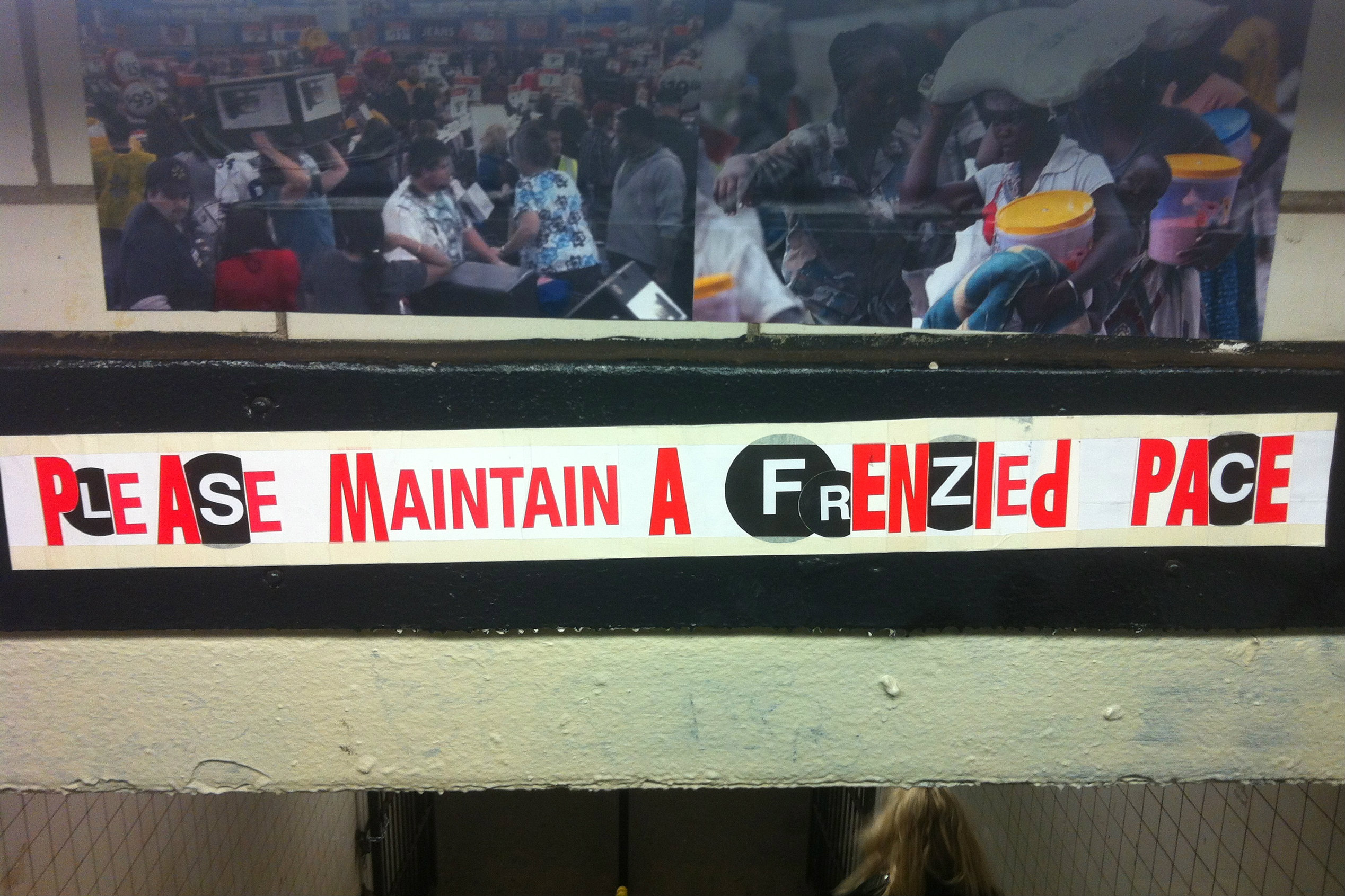 The messages are meant to give pause to straphangers and point out the “superficialities and shallowness” of American culture, he said.

“I like to make critiques on the absurdity of America, New York and our lives,” the artist added.

“I ride the trains everyday and I pretty much see a sea of people staring into their cellphones and I think, ‘What has happened to my race?’”

His past works have included messages that read, “I am staring at a wall reading a sign,” “An inane idea, indeed,” and “Eat an Empanada.”

Other pieces are juxtaposed with images in collaboration with artist Jilly Ballistic, where one picture shows a group walking with heads down on their phones and a note above reads, “Define smart.” 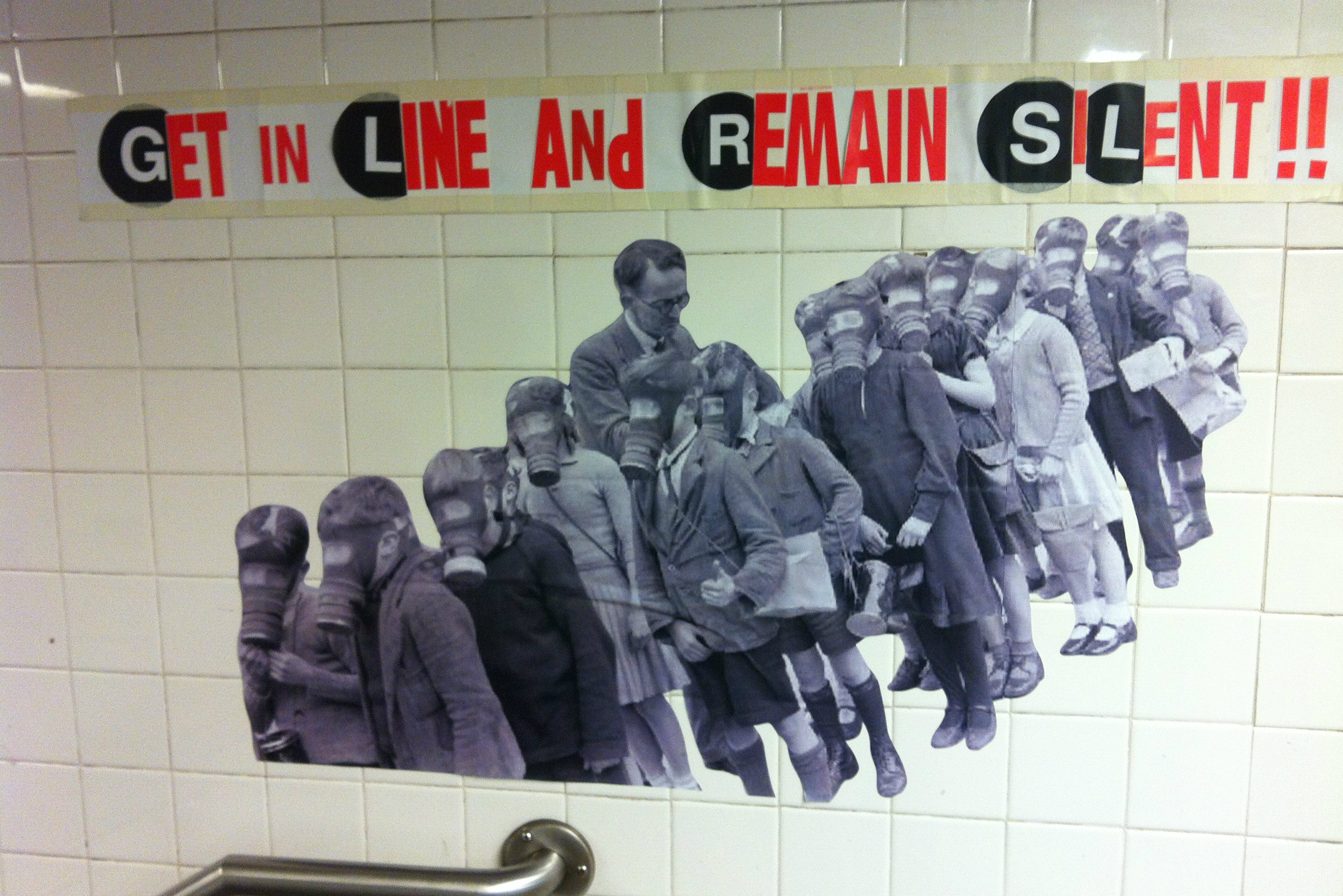 “Subway Series” will feature a 170-foot strip of never-before-seen signs threaded together in a stream of consciousness.

The messages hit a variety of themes, including people’s dependence on technology and “the disrespect for Mother Earth,” the artist added.

“It all comes from the same place as the SAMO graffiti, where we’re making fun of ourselves,” Diaz said.

In the late 1970s, he teamed up with Basquiat to fill the streets with sayings under the tag SAMO.

“It was a hype campaign but we were also expressing ourselves at the same time,” he said. “It definitely influences me today with the same spirit, and I can get in touch with stuff that really matters to me.”

Along with the “Subway Series,” exhibit, Diaz will also feature another showcase at The Bishop Gallery called “Graffiti vs. Street Art,” in which he pays tribute to the history and cultures of the art forms.

“Subway Series” will kick off at The Bishop Gallery at 916 Bedford Ave. on Sept. 18, the same day the New York Yankees and Mets are scheduled to face-off for a three-game series. The exhibit continues through Oct. 14.