LOWER MANHATTAN — Six-year-old Clarke Greene was one of the first in a long line that snaked through The Battery Thursday, waiting for a twirl on a huge, sparkly fish.

“I’m excited,” Greene said, all smiles, next to her grandmother and aunt. “Let’s go, let’s go!” 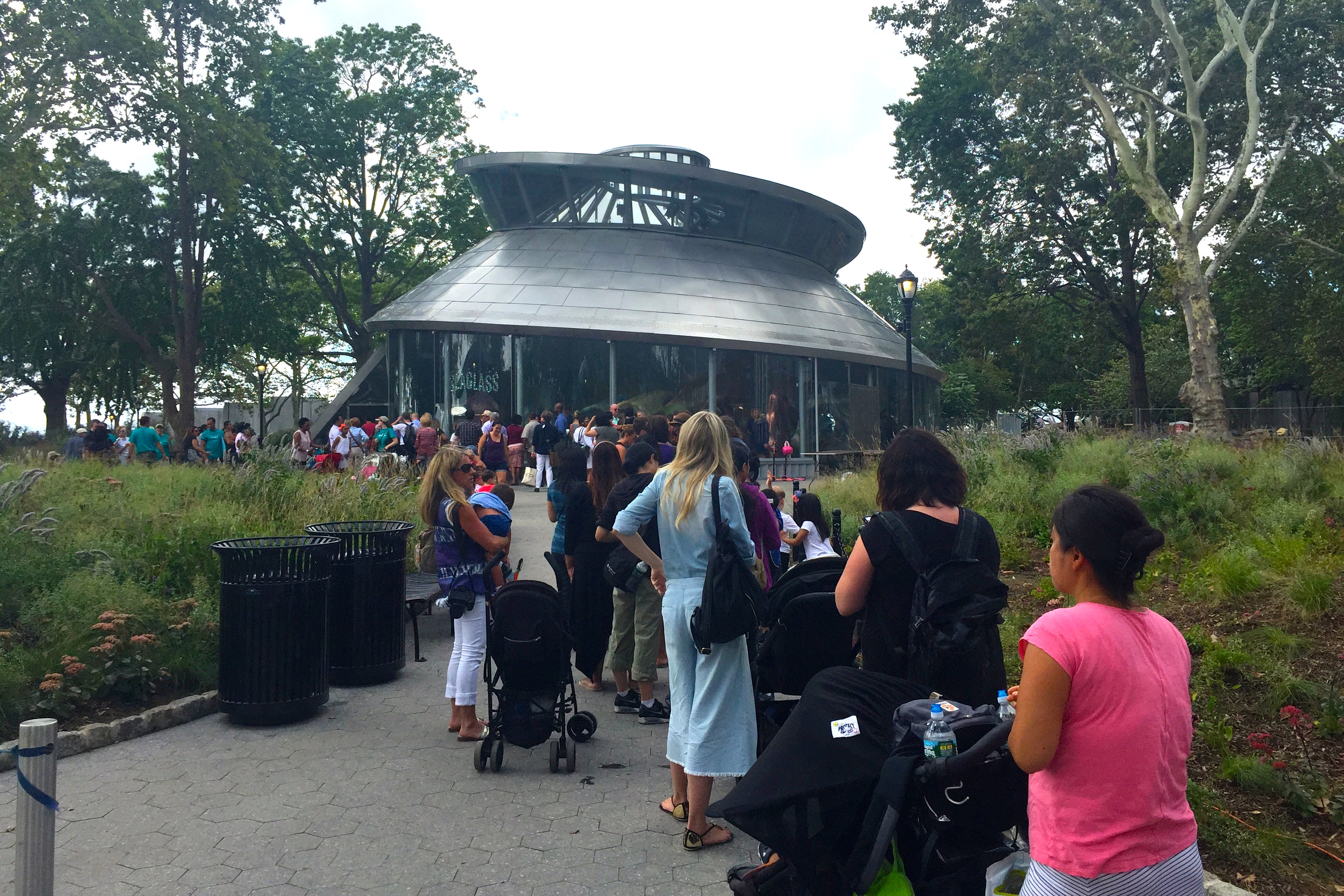 After waiting about an hour, with a couple hundred people behind them, the little girl from Brooklyn and her family made it onto the first public whirl of a long-anticipated undersea-themed ride: the SeaGlass Carousel.

Under a silver–domed structure, about 30 colorful fiberglass fish, some 14 feet tall, spin and soar up and down, as music and sounds of the ocean echo, with different colored lights glimmering.

Greene kept that smile throughout the ride — and she wasn’t the only one. Lot’s of “wow” and “so beautiful” were heard from the large crowd — a mix of all ages.

“I knew the kids would like this, but really, I love carousels.” said Jennifer Blankstein, 32, right after swirling on the 3-and-a-half minute ride with her two children. “It was wonderful, so unique.” 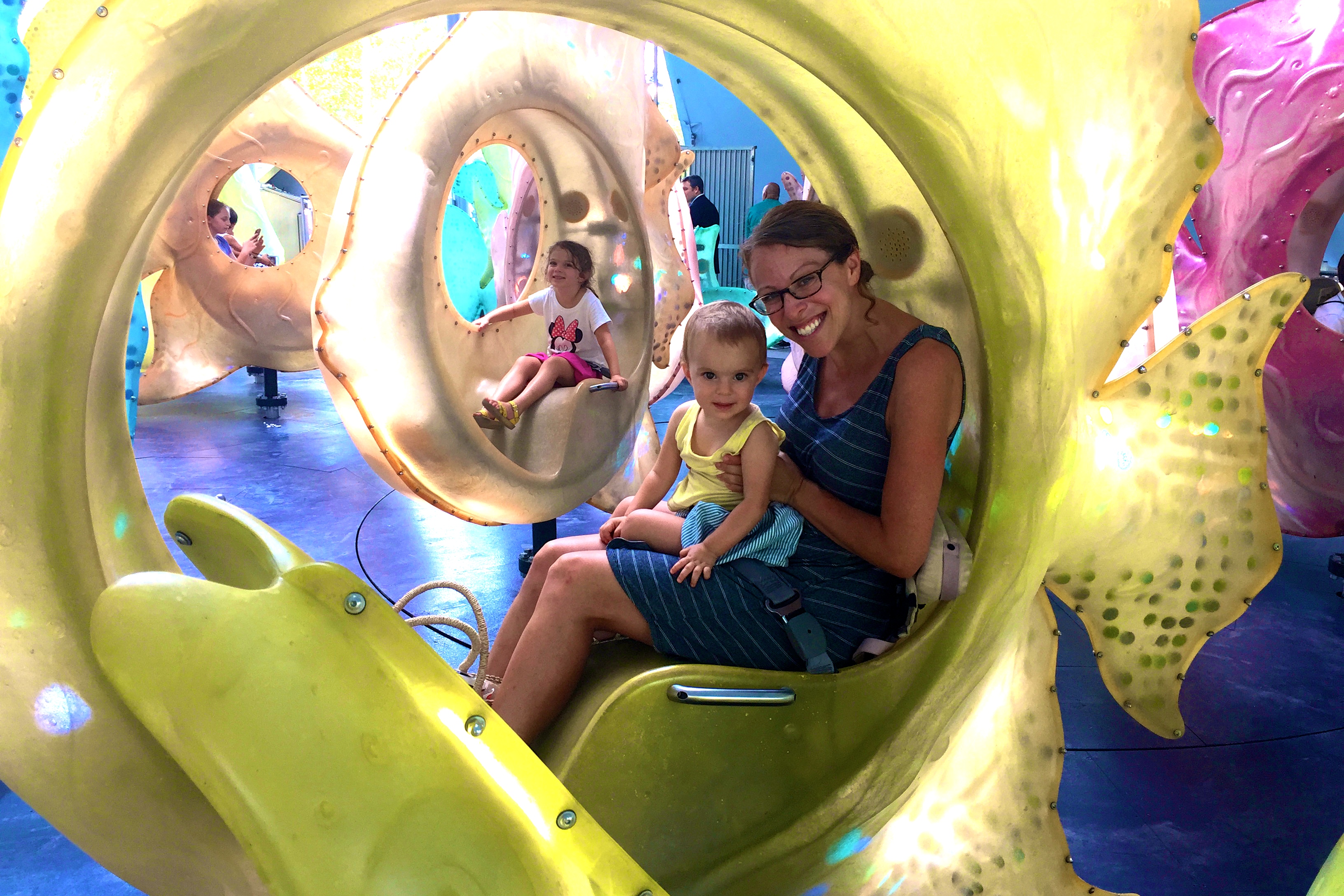 The idea for the ride — dreamed up years ago by WXY Architecture + Urban Design and made into reality by George Tsypin, the designer of Broadway’s “The Little Mermaid” and "Spider-Man: Turn Off the Dark" — is to give visitors the sense of freely gliding through the ocean, rather than just rotating on a typical carousel.

The $16 million project was meant to open more than two years ago, but it was delayed by rough winters, the effects of Hurricane Sandy, as well as issues involving city permits.

Aside from being along the New York Harbor, the aquatic theme has a connection to history. The ride is meant to pay homage to the original New York Aquarium that opened in Battery Park's Castle Clinton in 1896 and drew millions of visitors before closing in 1941.

Rides on the carousel, which sits in the Battery, near the Staten Island ferry terminal, will run 1 p.m. to midnight on the opening day, but regular hours are 10 a.m. to 10 p.m. Tickets are $5.