Sometimes the city makes it hard for people to meet their mensch the old fashioned way. Ari Ackerman is here to help.

Ackerman, a New York native and serial entrepreneur, launched a new dating app for Jewish singles in the city last month. Ackerman asserts that the app, Tribe, will aid in ensuring the continuity of Jewish identity in generations to come.

"Tribe is an avenue where Jews can meet other Jews, and thereby help maintain the continuity of the Jewish people," he said. 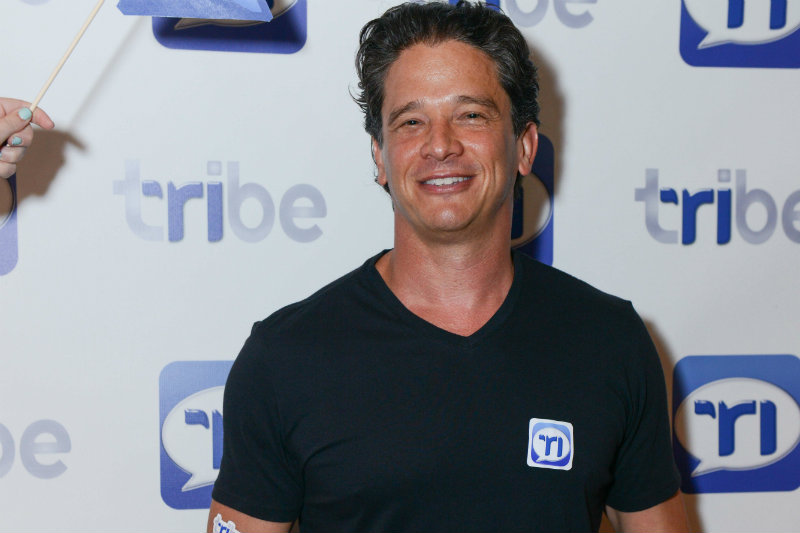 Unlike popular dating apps such as Tinder, Ackerman, 44, insists that Tribe is “specifically not a hook up app; it’s about making real connections.” It's also different from predecessor JDate in a number of ways.

"JDate is primarily a website, and charges users a monthly fee to use it. We have a free app," Ackerman said.

"On top of that, we have a feature — the 'Ask Out' option — that's unique to Tribe. No one else, not even apps like Tinder, has that. That's what makes us different, and that's why we're here," he said.

The app works like this: when someone downloads the app, it asks for access to some of the individual's Facebook data, such as job, location and age.

Tribe then asks for information on the user's denomination as well as the denomination they prefer in a partner, their favorite first date activity (coffee, drinks or dessert), and how far away a potential match can live. The app inserts all of this information into an algorithm and then produces 18 matches each day.

This match limit, Ackerman says, is meant to encourage Tribe users to take the time to really check out other users and be more thoughtful in their search for love.

Like other dating apps, Tribe allows users to swipe left or right to indicate their interest in another user. What makes Tribe unique is that if two users express interest in one another, they can not only message each other but set up a first date as well, according to the site.

If a user taps the “Ask Out” icon, Tribe will provide restaurant, bar and coffee house suggestions located close to where the user's match lives.

What do the experts think? In Rabbi Dovi Scheiner's eyes, it’s this "Ask Out" feature that really sets Tribe apart from other dating apps and has garnered his support. Scheiner, 38, serves at the SoHo Synagogue, known for its young congregation and hip, urbane ambience.

“I often hear about parents and grandparents who have met at a synagogue, but those days are largely gone. The world has moved online," said Scheiner.

"If [Tribe] can be a vehicle to put people in the same room so they can meet — and not virtually — then ultimately that’s a good thing. It’s smart,” Scheiner said.

The app has been well received so far, said Ackerman. Over 3,500 people — including non-Jews who want to date someone Jewish — are on Tribe, which is free on iTunes. Ackerman has plans to offer Tribe on Android devices as well.

But can an algorithm really produce an ideal Jewish partner? Rabbi Scheiner isn’t so sure, but thinks that Tribe is a step in the right direction.

“We focus so much on trying to find someone that we find no one. Tribe’s features — match limits and its ability to graduate the conversation to the offline arena — really help bring people back to reality, and that’s very important,” Scheiner said.

Ackerman hopes that the app, in addition to bringing Jewish people in the city together, will allow users to think more deeply about their roots and common heritage.

“Dating apps aren’t the future of romance; they’re the present," Ackerman said. "Tribe is a nice way of combining what I’ve been doing [in business] for the past 15 years with my love for Judaism and family.”

How to Pick Up Someone on the Subway

Got a Hot Date? 5 Ideas for a Romantic Daytime Rendezvous

How to Live With Your Ex After a Breakup

11 Valentine's Day Events in the City That Work for Everybody

Tinderella Blogger Forced to Give Up Pen Name by Tinder

QUIZ: Where Should You Go on a Date Off the L Train?

How to Meet Single Dog Owners in the City

High Line Hosts Matchmaking For Those 'In Search Of' Valentine's Plans

Brooklyn Man Seeks Ladies to Get Lucky With in the Snow

CHART: How to Navigate the Rise and Fall of Relationships on Social Media

QUIZ: How Much Do You Spend on Dating Each Year?