BEDFORD-STUYVESANT — A colorful mural will soon adorn the outdoor wall of a Bed-Stuy supermarket to bring attention to street harassment.

A group of 20 teens with public art group Groundswell is painting the 20-by-97-foot exterior of Myrtle Avenue’s Food Bazaar to address catcalling in the neighborhood.

“Overall, our main goal is to have people be more mindful — especially men — about the things that they say,” said Karina Olmo, 17.

“They should know when it crosses the line between being friendly and complimenting and being rude and disrespectful.

“It’s just disgusting behavior that shouldn’t be condoned in the culture. It’s not okay.”

The project, titled “Voices Her’d,” depicts harassers as zombies giving unwelcome comments, including “Hey yo, ma!” and “I told you to smile!”

The painting shows women looking over their shoulders in fear and raising their fists in the air. 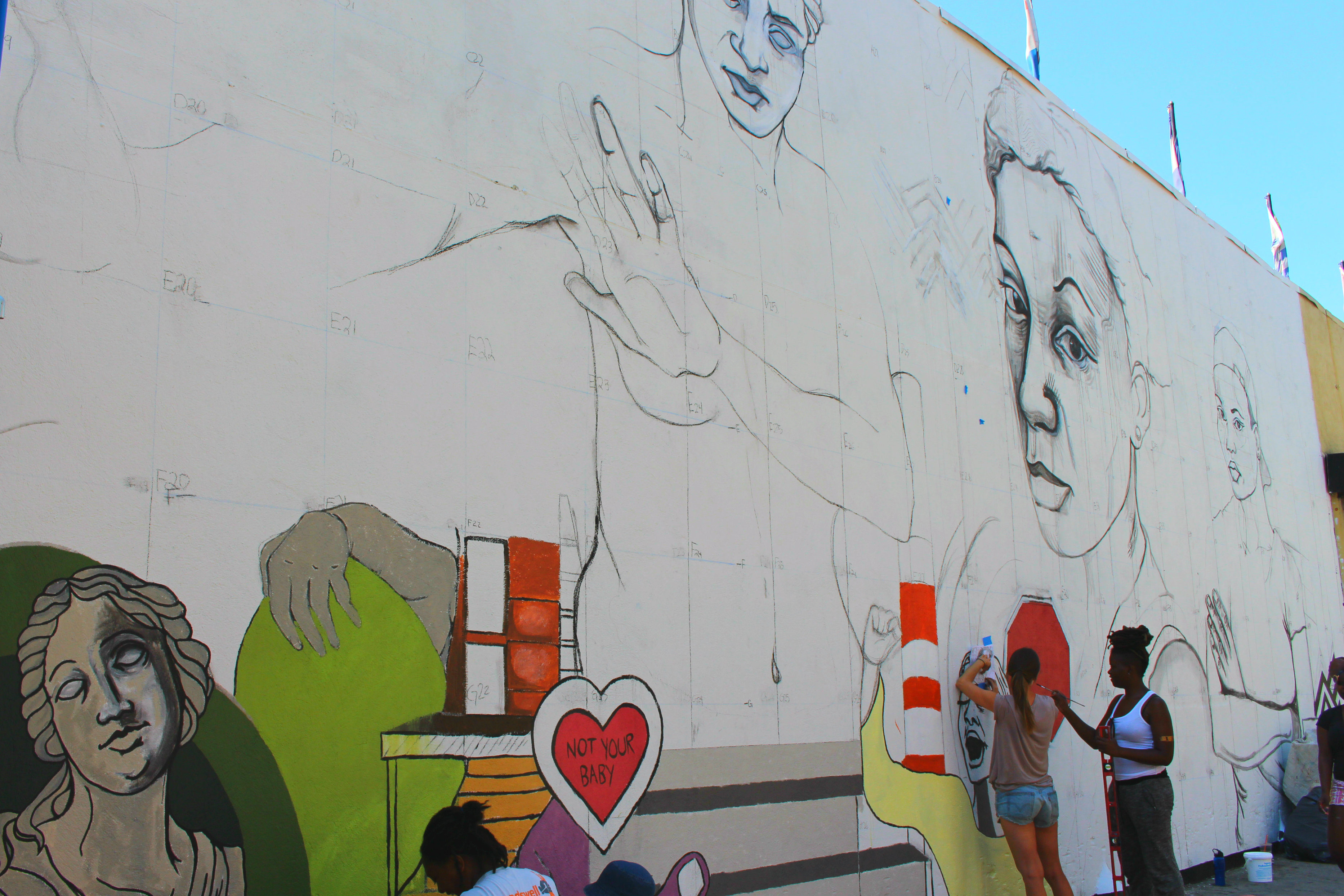 The all-female team designed the mural at 1102 Myrtle Ave. to tackle the theme of gender violence. Photo credit: DNAinfo/Camille Bautista

Female figures from art history are prominent, as well as portraits of the young artists standing up to street harassment. News of the mural was first reported by the Bed-Stuy Patch.

One individual with her arms crossed wears a shirt bearing the slogan, “I object to objectification,” and large lettering across the bottom of the mural reads, “Street harassment is about power and control.”

“The whole point of the women in art history was to show how women were always idolized and switch up the idea of what it meant to be a work of art,” said Emily Torres, 15. “And the fact that our faces are there is pretty awesome.”

The project is part of Groundswell’s flagship program, the Summer Leadership Institute, with $60,000 in funding through grants, private donors and the New York City Council, according to organizers.

“Voices Her’d” is one of seven murals Groundswell and its young artists will be painting across the city. Others include a Vision Zero mural in Park Slope and police-community relations in Bushwick. 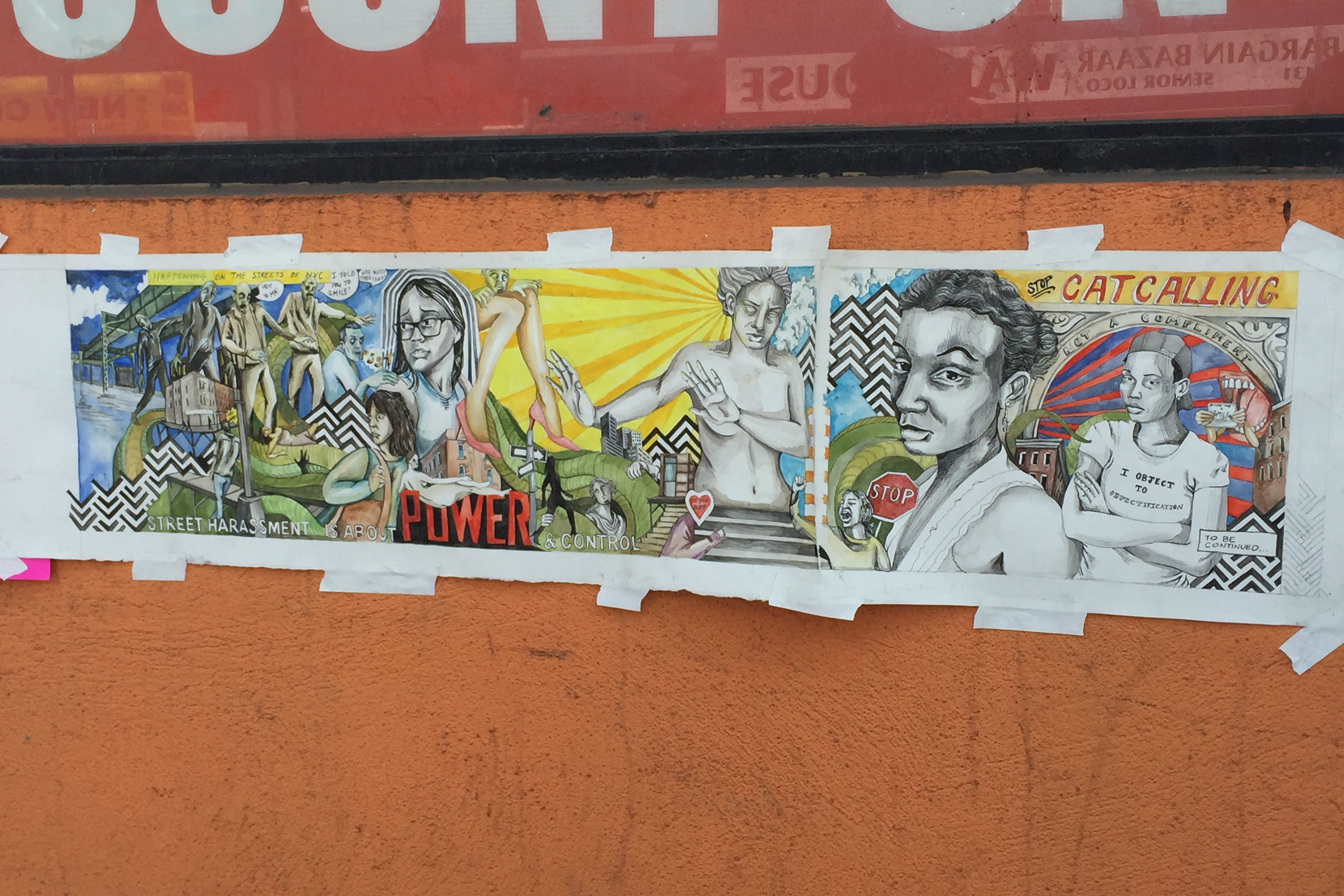 The mural depicts harassers as zombies and features female figures from art history alongside portraits of the young painters. Photo credit: Kate Spade

Bed-Stuy’s Food Bazaar painting will be unveiled at a public dedication on Aug. 28.

Since work started in early July, the group has encountered the very actions they are looking to put a halt to, participants said.

“This location is the perfect location to make a statement like this because we endure a lot of catcalling here as a group of young women,” McDonald said.

“Some of it’s just friendly, but there have been instances where we felt our safety was compromised.

“We feel like the streets should be safe for all and that respect and dignity should be maintained.”