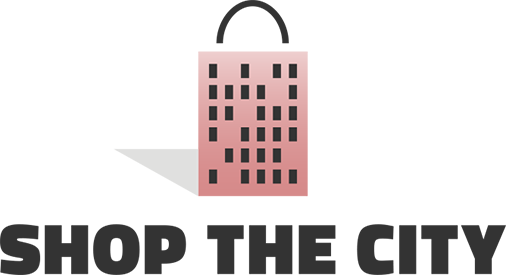 Your Guide to Buying a Secondhand Bike This Spring

NEW YORK CITY — With twilight that now stretches into the evening and warmer weather on the horizon (we hope), it's finally time to buy a bike for the spring season.

Unless you’re seeking a serious road racer or a mountain bike, a pre-owned bike can be a cost-effective way to get around the city. Secondhand bikes generally come in three categories: vintage, refurbished and regular used bicycles. Prices can range from $200 or cheaper if you find a deal on Craigslist, to $900 dollars and up.

Here are tips from New York bike experts on how to buy a great secondhand set of wheels for the summer:

While the definition of vintage is in the eye of the beholder, AJ Nichols from Harvest Cyclery in Bushwick considers a bike vintage if it was made in the mid-1990s or earlier.

His shop, which is opening a second location at 1158 Myrtle Ave. in early April, sells collectible showpieces from the turn of the last century and working bikes from the 70s, 80s and 90s. The American-made Schwinn, Peugeot from France or Panasonic and Fuji from Japan are all good brands to look for, according to Nichols. At Harvest, the vintage bikes can sell for between $350 and $900.

“I prefer the feel of an older bike,” said Nichols, 28, who has been in the bicycle business for more than a decade. “They are smoother. They are all built by hand."

Here are Nichols’ tips for those in the market for a working vintage bike:

Go for a Steel Frame with Serviceable Parts

A steel frame beats out aluminum because steel “lasts forever,” according to Nichols.

“It provides a flexible ride,” he said. “It absorbs bumps in the road.”

One pitfall of buying a vintage bike is that it may have parts too old or complicated to be serviced or replaced. One often problematic part is the cotter pin crank, which can be difficult to remove if it is older and some bike shops refuse to replace them. These can sometimes be upgraded to the more modern and serviceable square-tapered cranks, according to Nichols.

“Most bike shops, if you go into if you have cotter pin cranks, most will say ‘Get a new bike,” said Nichols. “That’s the pickle. That is the biggest red flag.”

The classic 1970s racing bike often comes with curved handlebars. These can be swapped out for the straight sets from mountain bikes.

“It’s a more comfortable ride,” said Nichols. “You can look around at what is going on around you, which is good in traffic.”

Recycle-A-Bicycle (RAB) strips bikes down to the frame and then rebuilds them with crucial replacement parts like bearing sets, brake pads, the drivetrains, etc., according to Susan Lindell, the manager at RAB’s Brooklyn store. The nonprofit group trains young people in bike mechanics and sells its refurbished bikes to the public.

Here are her tips on buying refurbished or secondhand bikes:

Take it for a Test Ride

Whether you’re buying from RAB, on Craigslist or elsewhere, take it for a ride to test out the brakes, wheel alignment and how well it’s been put together, according to Lindell. Better yet, bring it to a mechanic or have your biker friend come with you to check out the bike.

“If you can, bring someone with you because it is really hard to look at bikes and be critical of them if you don’t know much about them,” she said.

Budget for Repairs That Need to Be Done Before You Ride

While RAB bikes should be mechanically sound, a bike from Craigslist will likely require $100 to $150 for a tune-up, repairs and parts, according to Lindell.

“That’s the sort of thing that prevents the disappointment of getting it and realizing ‘Oh this isn’t what I thought it would be,’” she said.

Run-of-the-mill secondhand bikes can either come as-is or have some level of refurbishing needed. Former rental bikes are a good bet because they have been constantly cared for by mechanics, according to Christian Farrell, the owner of the Waterfront Bike Shop on the West Side Highway. His store sells secondhand bikes that have been retired from Waterfront’s fleet of rentals.

“We service them continuously throughout the year, then we also go over [them] super toughly before selling,” he said. Ex-rental bikes at Waterfront sell for between $250 and $350.

The sleek frames of modern racing and mountain bikes on the high end of the market are commonly made from carbon. These can have cracks invisible to the human eye and repairing them can be expensive and complicated, according to Farrell.

“You have to ask the person [the seller] if it has been in an accident, like with cars when there is a history of repairs,” he said.

8 Memorable Ways To Serve Your Guests This Holiday Season

9 Accessories that Will Really Keep Your Head Warm This Winter

7 Advent Calendars To Help You Count Down to Christmas

Your Guide To Shopping Your Neighborhood This Small Business Saturday

10 Host Gifts To Show Your Appreciation This Thanksgiving

8 Keepsakes to Prove You Witnessed the 2016 Election

Keep Your Baby Warm Outside This Winter with These Snuggly Accessories

Go Organic With These 5 Craft Beers

Fitness Trackers You'll Actually Want to Wear Outside the Gym

8 Bright and Colorful Shoes To Make Your Fall Wardrobe Pop