CROWN HEIGHTS — A rezoning proposal to allow two towers in southern Crown Heights to rise up to 16 stories if affordable housing is included will have “no significant effect” on the surrounding environment, the city has determined and cleared to start its official review.

Cornell Realty hopes to double the height allowed by current zoning to bring 565 apartments to two sites — 40 Crown St. and 931 Carroll St. — off Franklin Avenue, according to an environmental assessment submitted to the city in late December.

On Monday, the Department of City Planning concluded its technical review of that 337-page document, concluding the development will have “no significant effect on the quality of the environment,” the agency said.

To complete the project, the developers will need approval to change land use rules on the sites under the mayor’s Mandatory Inclusionary Housing initiative, which allows higher and denser buildings that include a certain percentage of affordable housing. In total, the two residential towers will include 152 affordable units, the zoning application says.

With DCP’s review of the environmental statement, the project has now begun the Uniform Land Use Review Procedure, or ULURP, a year-long zoning approval process. Before the development can be built, the plan will need input from the borough president and local community board, where opposition to zoning changes has been fierce in recent years. In addition, up-down votes on the project are required from the City Council and mayor.

If approved, the two towers will significantly change the skyline in the area, currently made up of low-rise building with two notable exceptions: the 33-story Mitchell-Lama complex Tivoli Towers and the 25-story towers at the Ebbets Field apartment complex.

The developers included an illustration of the proposed buildings next to Tivoli in the environmental impact statement, which shows the planned towers north and south of the large 1970s-era complex. New York YIMBY first reported the rendering and the details of the document.

The two development sites are not the only proposed residential buildings set to come to the area. Currently, plans are in the works for a 12-story building at 109 Montgomery St. between Washington and Franklin avenues, a property formerly owned by the Brooklyn Botanic Garden.

► Click below to see other developments taking shape in the area in DNAinfo's interactive skyline visualization of new buildings proposed in New York. 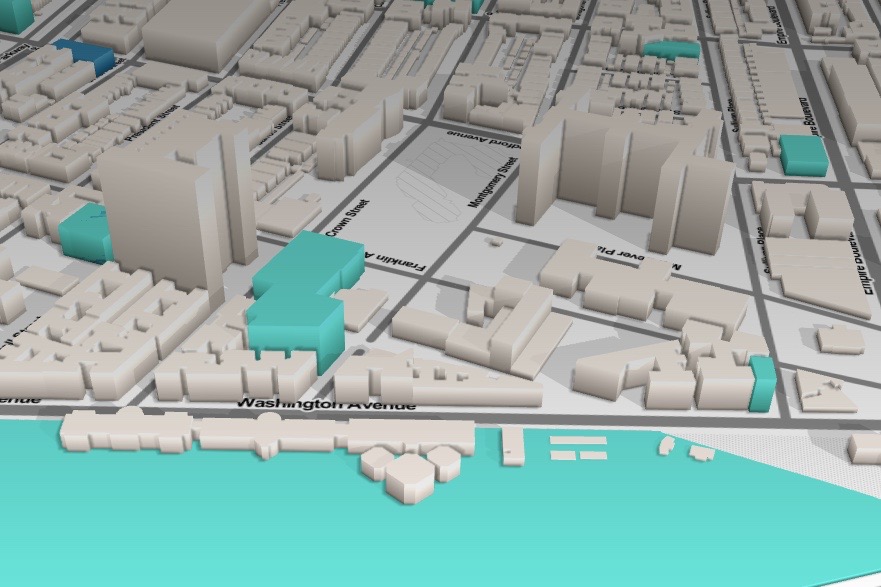