Developers set to build new residential properties on two former laundry facilities off Franklin Avenue want to change zoning on the lots to allow more than 500 apartments total in the two buildings — raising the height to up to 16 stories, up from the currently allowable 7 stories, according to a new zoning application to the city.

Cornell Realty bought the Sea Crest Linen site at Franklin Avenue between Crown and Montgomery streets for $14.5 million in 2014 and another used by the laundry company at 931 Carroll St. for $2.5 million the same year, deeds show.

Now, Cornell wants to build higher, asking the city to change land use rules to allow for two 16-story buildings, one on each property, that would include affordable housing and take advantage of the MIH program approved by the city earlier this year.

► READ: Here's What You Need to Know About the Mayor's Citywide Rezoning Plan 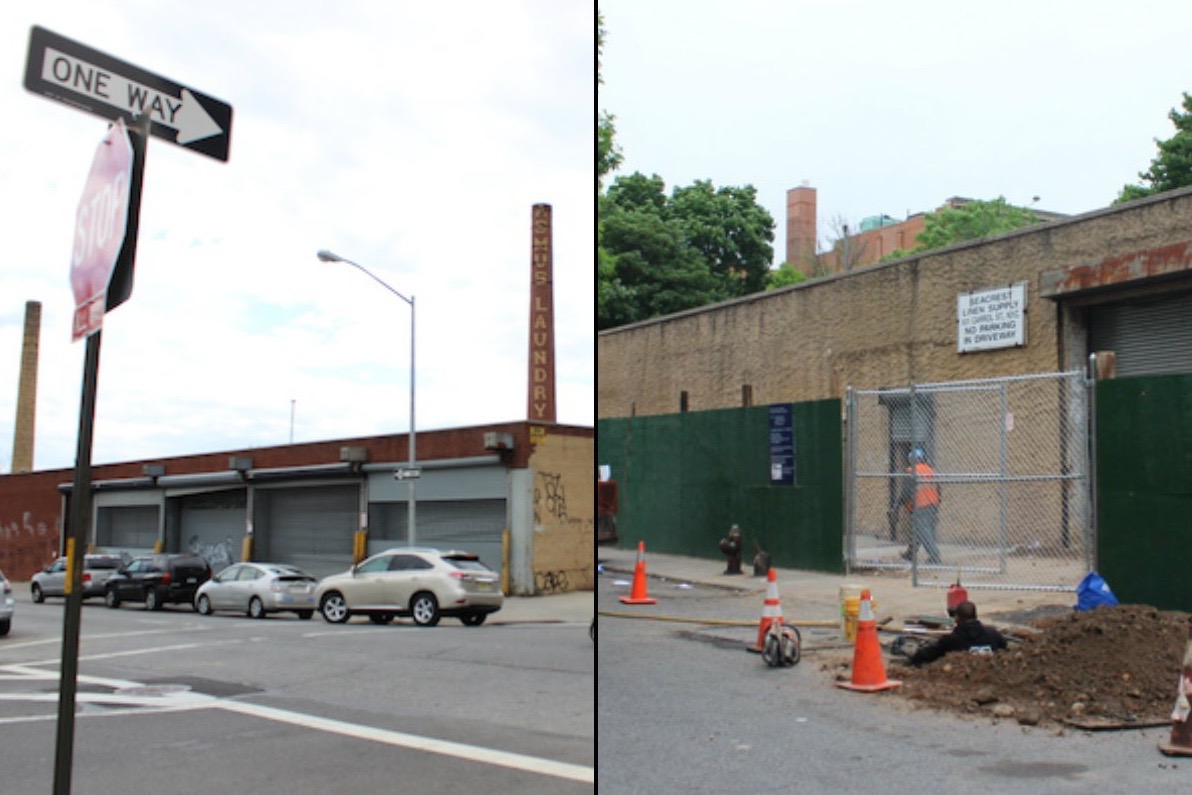 Former Sea Crest Linen sites at 40 Crown St., left, and 931 Carroll St., right, are set to be replaced by residential buildings developed by Cornell Realty. The company bought both properties in 2014; they have since been demolished. (Photo credit: DNAinfo/Rachel Holliday Smith)

According to the zoning proposal submitted to the Department of City Planning last week, the new building at 40 Crown St. would have a total of 390 apartments, 105 of which would be affordable, and 931 Carroll St. would have 128 units in total with 35 affordable units.

The project will also include more than 15,000 square feet of commercial space, including retail along Franklin Avenue in the Crown Street building. The plan for that building also includes a ground-floor supermarket to take advantage of the FRESH Food Program that allows developers to build an extra floor if they lease space to a grocery store.

The plan was submitted by Cornell’s principal Shifra Hager to the city on Nov. 10. The company did not respond to a request for comment about the project.

Before it is enacted, the proposal will need approval from City Council and the mayor as part of the Uniform Land Use Review Procedure, used to approve all zoning changes in the city.

News of the zoning application was first reported by the Real Deal magazine.