CHICAGO — Tribune Tower redesigns, "psychedelic Mies" and ideas for underappreciated buildings across the city are all part of the second Chicago Architecture Biennial, a global showcase that's making its return Saturday.

The biennial will feature 141 architects from more than 20 countries through Jan. 7. The second such biennial, the showcase is centered in the Chicago Cultural Center, 78 E. Washington St., but will also have exhibits at six satellite venues in the neighborhoods.

The architects will take on a common theme: making "new history."

Todd Palmer, the biennial's executive director, said in a statement the showcase's goal "has been to give visitors of all kinds ... an in-depth look at architecture as we know it today, and the chance to be inspired by how architecture is informing design and the lived experience in cities around the world."

The biennial debuted in 2015 as a way to reclaim architectural pride in Chicago, the city that invented the skyscraper. Remnants of the first expo include Theaster Gates' restoration of the Stony Island Arts Bank in Hyde Park and a lakefront kiosk for lounging near Shedd Aquarium.

A full list of the biennial's new attractions is available on its website. In the meantime, here are some highlights: 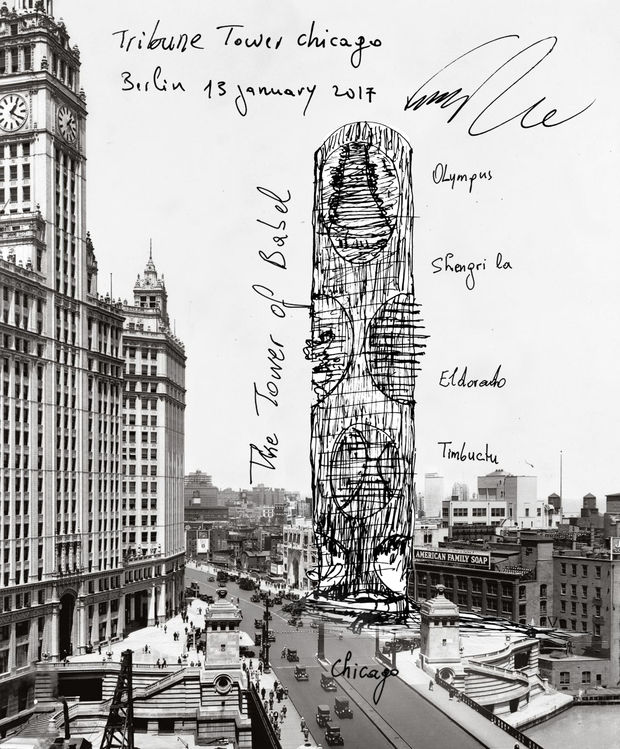 A sketch of an alternate design of Tribune Tower by Berlin-based architect Francis Kéré.

The biennial has asked 16 architects to re-imagine Tribune Tower, the iconic neo-Gothic tower built in 1925 at Michigan Avenue and Wacker Drive after a real-life design competition. Mini-models of the new biennial designs, including both 1920s and modern ideas, will be displayed in the Chicago Cultural Center as the Tribune prepares to leave its namesake tower. 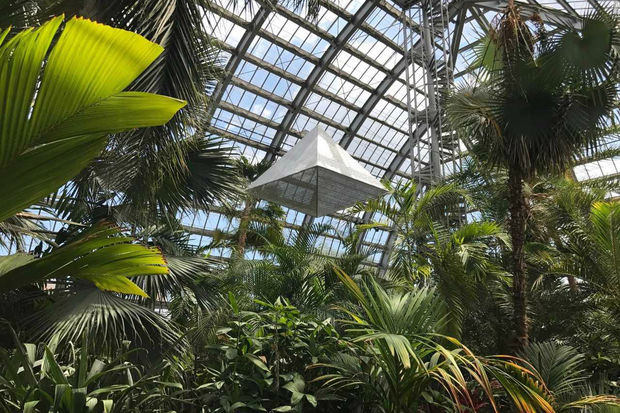 These "air houses" by Los Angeles-based architect Francois Perrin in Garfield Park Conservatory's Palm House are a commentary on the relationship between nature and structure. Mainly, decrying the "culture of mass consumerism that has produced buildings disengaged from their context," the Biennial says. 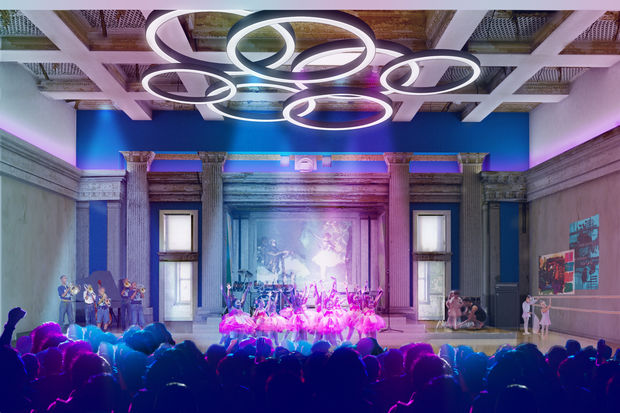 Starting next week the Chicago Architecture Foundation at 224 S. Michigan Ave. will display "Between States," an exhibit asking 50 local designers to revitalize an "underappreciated, underperforming or dilapidated" building in each of Chicago's 50 wards. The exhibit opens Tuesday and will run through Dec. 31. 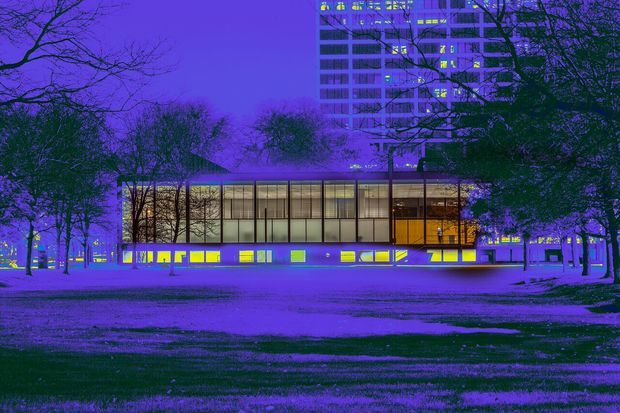 Welling will also have photos posted outside the Chicago Cultural Center.