ROSCOE VILLAGE — Once upon a time, the magical kingdom of Riverview enchanted all who passed through its gates.

Fifty years after it was razed, the defunct North Side amusement park, which sprawled across nearly 75 acres off Western Avenue, continues to cast a spell over Chicagoans of a certain age, who speak of Riverview with a fondness that borders on reverence.

For those who never had a chance to experience the glory that was Riverview, the level of devotion to the dearly departed park, perhaps best described as nostalgia on steroids, is a head-scratcher: What was so flipping special about a bunch of rickety old roller coasters and cheesy carnival attractions?

Allow Jerry Kasper to show you.

A park employee back in the 1960s when he was a teen, Kasper has been working on a miniature model of Riverview's Shoot the Chutes ride off and on for the past 25 years.

"I saw a lot of pictures of the park and it still wasn't the same. This is as close as I could get to the real thing," said Kasper, now 72 and a machinist by trade.

His model, which measures approximately 10 feet long by 2 feet wide, will be on display for the first time in its entirety at Sunday's "Let's Remember Riverview," an event timed to coincide with the 50th anniversary of the park's closing. The gathering will also feature presentations on Riverview's history and a tour along the North Branch of the Chicago River, where remnants of Riverview can still be seen.

"The foundation of the Chutes, where the tower sat, is still there. Part of the flume is still there after all these years," Kasper said.

Kasper, who grew up on the Northwest Side, was 17 years old in 1962 when a pal from the neighborhood told him he should apply for a job at Riverview, "apply" being a relative term.

"All I had to do was go see this guy and ask him, 'Are you hiring?'" Kasper recalled.

"He said, 'Yeah. Go over to the administration building and get a pair of coveralls,' " Kasper said.

Next thing he knew, he was training to operate boats on the Shoot the Chutes water ride.

"Oh my god, I was scared. Back then, before OSHA [Occupational Safety and Health Administration], everything was so dangerous," Kasper said.

But that sense of risk was also part of Riverview's appeal, he said.

"It was very adventurous. It was very dangerous. I was introduced to everything ... even the seedy side," Kasper said. "It was great for a kid. I was 17, it was my first job, here's a place I always went to as a kid and I had free access to any ride in the park. It just left an everlasting impression on me."

Kasper has largely drawn on his own memories to painstakingly re-create the Chutes in miniature. The model has a working elevator, holds two gallons of water and creates a water current — if only there were scale-model-sized humans to enjoy it.

"Everything is functional on there," Kasper said. "It takes me back. I'm there — I'm back on the Chutes."

Kasper's attention to detail even extends to the peeling paint, depicting Riverview's shabbiness as it came to the end of its life.

"It showed its age," he said of park's appearance in the '60s. "A lot of stuff was falling apart. It was dilapidated."

His concern now is keeping the model itself from falling apart in transit from his home in the Harlem-Irving area to Sunday's event.

"It's extremely delicate," Kasper said of the miniature, which he built in two pieces that clamp together.

His plan is to transport the model in his truck, and he's already driven the route looking for potential bumps and potholes.

But if it rains, all bets are off. 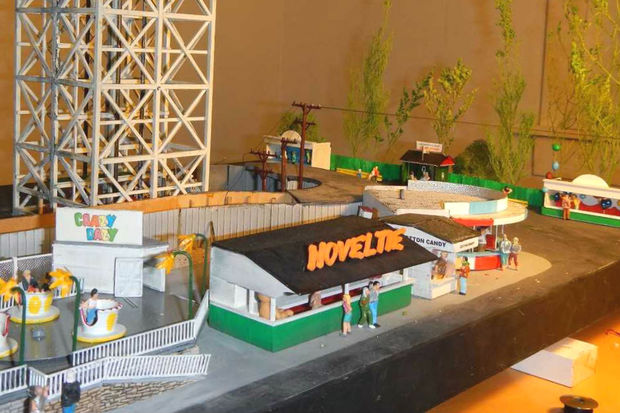 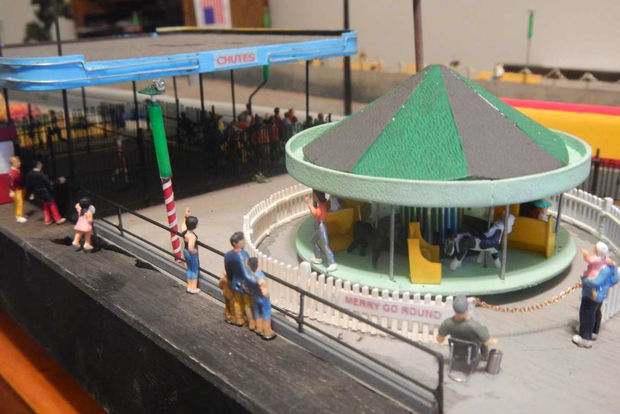 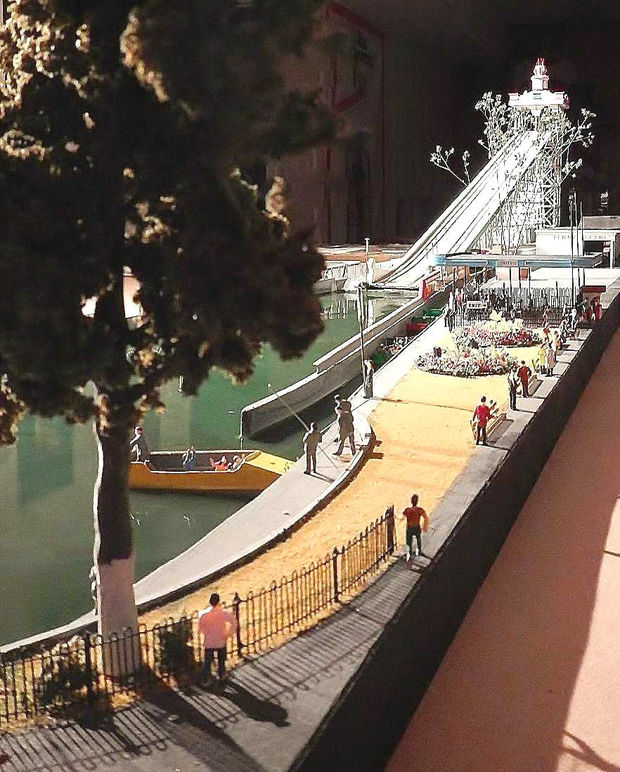 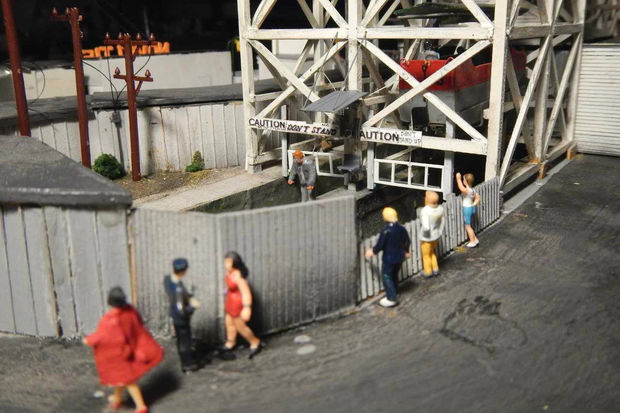