Lane Tech Principal The Latest To Resign, Is CPS Exodus To 'Burbs Underway? 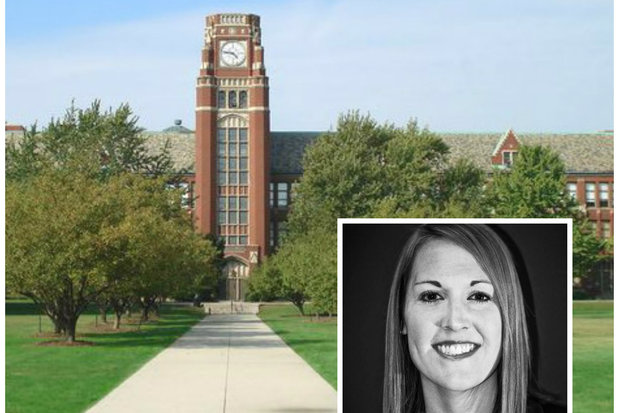 "It is with a heavy heart that I am writing to inform you that I have accepted a new position outside of the district, as the principal at Deerfield High School effective July 1, 2016," Anderson said.

"While I look forward to the opportunities that await me, I will never forget my experiences at Lane that have shaped my educational outlook," she said.

In leaving the selective enrollment high school for Deerfield, Anderson follows in the footsteps of her immediate predecessor, Christopher Dignam, who resigned from Lane Tech in 2015 and was recently promoted from Deerfield H.S. principal to district superintendent.

Patty Wetli talks about the latest principal to resign from a CPS school.

Anderson spent 10 years at Lane Tech. She was initially hired as a science teacher and then moved into administrative positions, including coordinator of the school's academic center for seventh- and eighth-graders, assistant principal and finally principal.

She was named to the top post by CPS CEO Forrest Claypool after Lane's Local School Council remained deadlocked in its choice for principal, with Anderson being one of two finalists.

For the second year in a row, the district's largest school, enrolling more than 4,000 students, will head into a new school year without a leader. At the same time, Lane Tech faces a whopping $8.5 million budget cut if state funding isn't forthcoming.

According to the job posting for the Deerfield postion, the principal's job paid "in the range of $165,000 plus an excellent comprehensive benefits package." According to CPS data, her salary at Lane Tech was $134,511 plus benefits as of March of 2016.

In a statement announcing her new job on the Deerfield District 113 web site, Anderson said she was "incredibly impressed with District 113’s values and commitment to providing educational opportunities that are innovative, creative, and supportive of all learners.”

Anderson cited Deerfield’s "tradition of excellence based on a shared vision for excellence and growth" and said the district  "wholeheartedly embraces 21st century teaching and learning.”

The LSC will now begin the principal hiring process anew. The council's next meeting is scheduled for 6 p.m., Thursday, 2501 W. Addison St.

The LSC will now begin the principal hiring process anew. The council's next meeting is scheduled for 6 p.m., Thursday, 2501 W. Addison St.

The current exodus falls far shy of the one that took place in 2012, when nearly 150 CPS principals and assistant principals retired in order to take advantage of a pension enhancement program that was expiring.