Twitter Facebook Email More
Pamela Johnson was hit by a pickup truck and killed on Lake Shore Drive, allegedly after being chased by this group.
View Full Caption
Chicago Police

CHICAGO — A group of young men turned themselves in to police late Tuesday after their relatives spotted them in surveillance video of a group that allegedly chased a woman to her death on Lake Shore Drive over the weekend.

Community activist Andrew Holmes said at least three young men, believed to be in their late teens and early 20s, were spotted in fliers and on television by their mothers and relatives, who "did the right thing" and made sure they went to police to give their side of the story.

"I just praise them," Holmes said. "Once they saw that these were their sons, they did the right thing. A lot of parents won't do anything or say 'That's not my child.'"

Police said a group of about 10 people chased a woman and man into traffic about 1:40 a.m. Sunday in the 600 block of North Lake Shore Drive, where they were hit by a truck and the woman was killed.

Outside the police station, relatives and friends of the suspects insisted they were innocent.

Janet Claire had brought her nephew, Joseph Harris, and his 15-year-old cousin, Cornell Bullock, to talk to police, after she saw them on TV.

The boys, both students at Percy Julian High School in Washington Heights, were part of a different group than the one that was behind the attack, Claire said.

"They were out there and saw those other boys and exchanged some words with them, then they saw that one of them had a gun," she said. "So he shouted 'He's got a gun!' and they all started running away. They were the victims too."

As the boys told it, Claire said, they helped flag down police after the couple was hit by traffic, and they talked to officers at the scene.

So when police put out photos identifying them as part of the group responsible for Johnson's death, she said, "it was really scary."

"They wanted to go talk to the police, and they came to us asking if we can bring them," Claire said. "They just want everyone to know that they had nothing to do with this."

She said Joseph had had once a run-in with police for trespassing, but she described Cornell as a "straight-A student" who'd never gotten into trouble.

Joseph's grandfather, Tom Hanford, who also accompanied the boys to the station, said they'd fallen victim to stereotyping — first by police, then by the public.

"Everyone wants to think just because of the way they're dressed, or the way they got their hair, that they're in a gang," Hanford said. "But these are good children. They're good students. They're active in the community. They never did anything wrong."

One teen who described herself as the girlfriend of one of the suspects told Fox32 that the suspect told her "a lady got killed right in front of our face."

"The next day we saw it on the news and he's like, 'That's the lady right there.' I said, 'You try to rob somebody?' He said, "I didn't try to rob nobody," the girlfriend said.

Pamela Johnson, 32, and her boyfriend, Eugene Jackson, were in Streeterville walking when a group of men began to harass them, police said.

Police said Jackson told officers the group of men had a gun and were going to rob the couple, though police said they were not sure there was a gun. Holmes, an anti-violence activist and a relative of Johnson, said the couple might have thought they were about to be robbed.

Johnson and Jackson ran, and police said a surveillance video shows the group of men chasing the couple, even jumping over a barrier to follow them onto Lake Shore Drive. 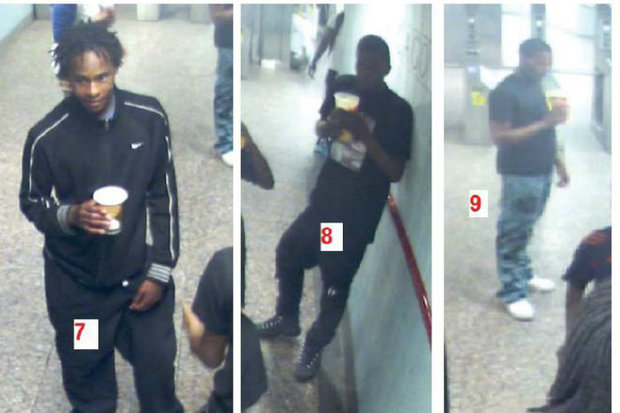 After the collision, the group ran westbound on Superior Street, police said. Police released more photos of the group of men, which could have numbered at least 10, according to the photos.

The men were captured on surveillance cameras at a CTA "L" stop, with CTA personnel showing up in some of the photos released by police. 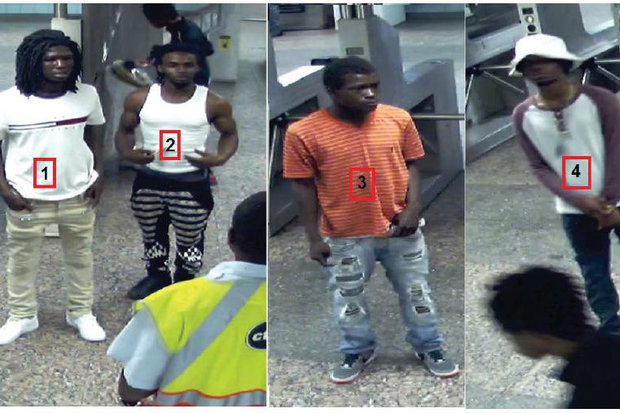 "She was my baby," Jackson, speaking through tears, told ABC7 on Monday. "Now you got people chasing us. Now they got guns. We had no choice but to flee into Lake Shore Drive."

Police released surveillance photos of the group and have asked people to help find them, and at least three were talking to detectives early Wednesday, Holmes said.

Johnson, of Calumet Heights, had a 12-year-old son. Her family asked area businesses and witnesses to contact police if they can help.

Officers plan to step up patrols along Lake Shore Drive over the weekend after the death of Johnson and the shooting death of 15-year-old Veronica Lopez on the drive.

Over the Memorial Day weekend, 63 people were wounded and six killed in shootings throughout the city.

Holmes said the young men were still in police custody Wednesday morning, but he hadn't heard that charges had been filed. Still, he praised the parents of the men for speaking up.

"They set an example," he said. "If you are indeed in the wrong, you have to go talk to the detectives ... turn yourself in." 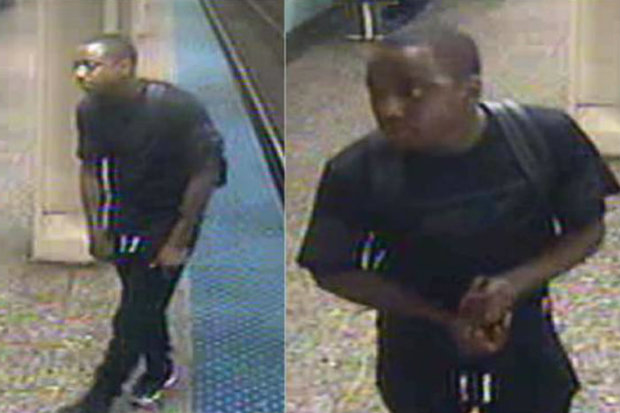 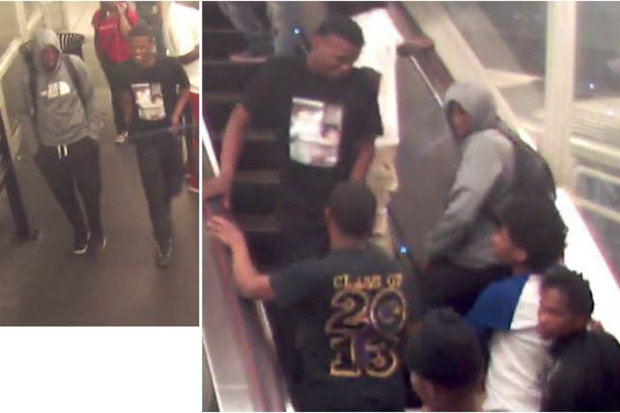 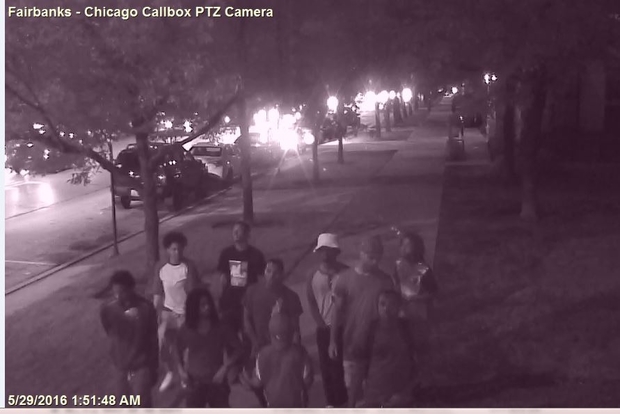 Police say this group of people chased a woman and man onto Lake Shore Drive, where they were hit by a car. The woman was killed. [Courtesy Chicago Police]

• This Group Chased Woman Onto Lake Shore Drive, Where She Was Killed: Police

• Woman Runs Across Lake Shore Drive To Escape Robbers, Gets Hit And Killed