Officials Celebrate Opening of New Runway at O'Hare Amid Criticism 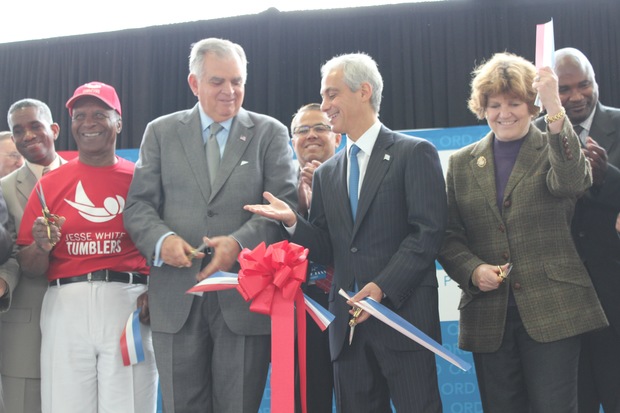 O'HARE — Mayor Rahm Emanuel Thursday celebrated the opening of the newest east-west runway at O'Hare Airport as lawmakers and residents urged him to do more to address the noise created by planes flying to and from the airport.

Approximately 500 city officials, aviation leaders and invited guests hailed the runway opening with a rendition of the National Anthem from Jim Corneilson, who normally warms up the crowd at Chicago Blackhawks games, and waved white-and-blue W flags to celebrate the Chicago Cubs' postseason victories and joked about a potential World Series taking place at Wrigley Field.

Emanuel asserted the runway would ensure that Chicago remains a "world-class city" at the center of the global economy. 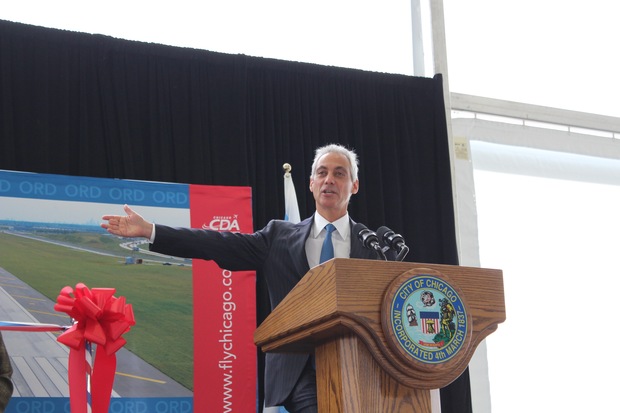 Hours before the celebration took place just south the runway — complete with an ice sculpture of the new $32 million control tower that will guide planes landing and taking off on the new runway and a giant Eli's Cheesecake — the Federal Aviation Administration quietly announced that the out-of-order opening of new runway did not merit another look at the impact of the massive, $8.7 billion O'Hare Modernization Program on the surrounding environment.

The initial studies — performed 10 years ago — include "a full and fair discussion" of the effect of noise and air pollution on the surrounding area and left "no outstanding environmental impacts" to be addressed by federal officials, according to the decision.

That determination was made after 14,000 comments were received about the FAA's initial conclusion that the change in the order of the runway construction would have no measurable impact on the surrounding communities in terms of noise or air pollution, according to the decision.

The new $516 million runway, on the south side of the airport at Berteau Avenue, will be used mostly for arrivals from the west, at least until 2021 — when the expansion is expected to be complete, and city officials promise the noise will be more equitably spread out around O'Hare.

That means air traffic over the North and Northwest Sides of the city will be mostly unchanged, although arriving and departing planes will be spread out over a wider area stretching from north to south across the airfield, FAA officials said.

However, anti-O'Hare noise activists and others critical of the city's response to millions of complaints about the new east-west runway that opened in 2013 said there was nothing to celebrate about the opening of another new east-west runway, which city officials said will allow the airport to operate more efficiently and effectively.

State Sen. John Mulroe (D-Jefferson Park) said he did not attend Thursday's celebration where the famed Jesse White Tumblers performed, because city and federal officials' response to those complaints "has been insufficient to address the noise issue which has not disappeared."

Members of the Fair Allocation in Runways Coalition said there was nothing to celebrate about a new runway opening until "meaningful changes are made to fairly allocate air traffic around the entire airport" since it would do nothing but bring "more noise and pollution to new communities and to those already suffering,” said FAiR Leadership Team member Colleen Cichon-Mulcrone.

Evans joked that it is especially necessary in Chicago, where she said she's experienced several seasons in a single day since moving from Denver, earning knowing laughter from the friendly crowd. 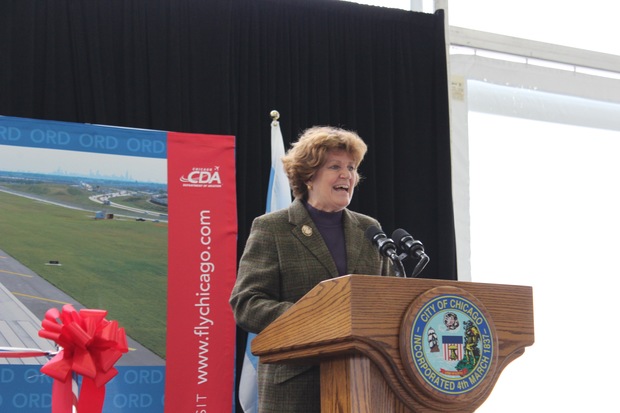 However, the new runway and control tower will not be used after 10 p.m. During the day it will be used almost exclusively for arrivals when the winds are blowing from the east. Nearly 70 percent of the time, the winds at O'Hare flow from the west.

That means most planes take off over the suburbs west of the airport, and land after flying over the North and Northwest sides of Chicago.

That works out to about 5 percent of all of the flights at O'Hare Airport annually, and 9 percent of all daytime flights, according to FAA officials. 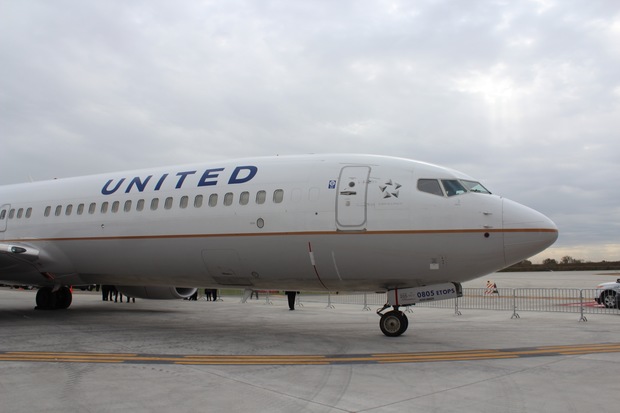 A United Airlines jet sits on the newest runway to open at O'Hare Airport. [DNAinfo/Heather Cherone]